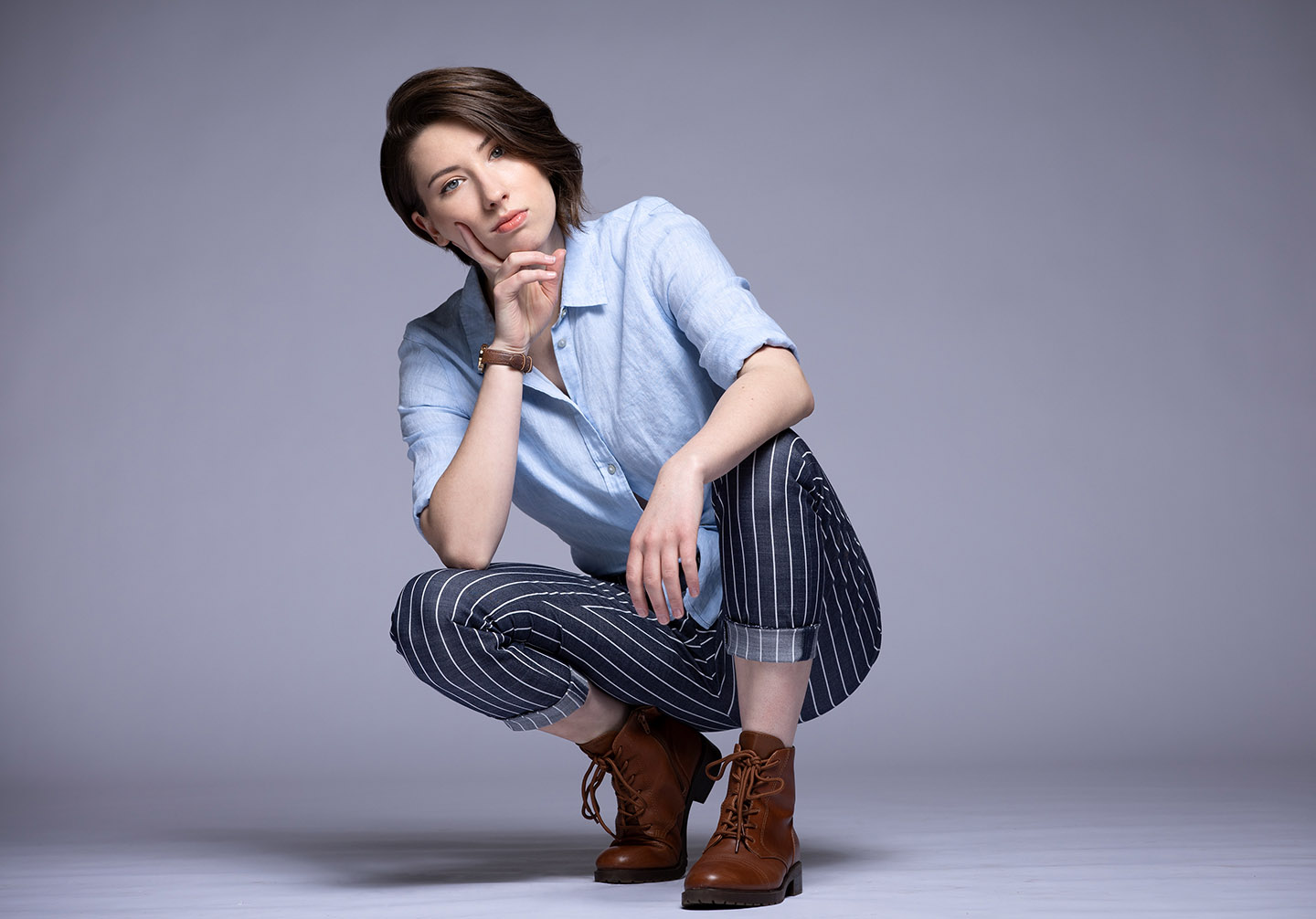 We all have that box of letters and photographs commemorating a special, yet difficult relationship; whether it's pushed to the back of a closet, or exists only in the back of the mind, Canadian singer and actress and voice of beloved animations, Michelle Creber’s new single, “Like It Never Happened,” tells the tale of one of those fraught and almost-forgotten relationships — and its available now.

Layered over gorgeous full-bodied piano and keyboards, Creber sings in her signature crystal-clear vocal style, and the feeling of loneliness and regret is visceral. Then, after a near-whisper, the Vancouver-based artist hits us with a soaring melody coming right from the core. The corresponding video features Creber wearing a white suit and all alone in a beautiful, empty mansion, juxtaposed with footage of her shrouded in a hoodie and navigating a deserted subway station.

“At its thematic core, ‘Like It Never Happened’ is a song about coming to terms with, and realizing some things are best left in the past,” Creber shares. “Whether it be our past relationships, our past actions or our past selves — it’s up to you to decide. This video is an open canvas onto which you can paint your own interpretations.”

"Like It Never Happened" is one of Creber’s personal favorites off of her album, Storm. “The song has always meant a great deal to me,” she says. “From demo to finalization, I was very invested in the production process and particularly picky about the vocals and the orchestration. Releasing this song out into the world, along with the Storm album, was an important milestone for me.”

Storm was released in 2020 to great industry acclaim. The album sold and streamed in more than 130 countries and earned top-100 placement on the U.S. and Canadian Billboard charts. Creber’s previous albums include On Display (2018), which also sold and streamed worldwide with top-100 US Billboard placement; Timeless: Songs of a Century (classic covers); A Creber Christmas (Volumes 1 & 2); and three albums with YouTube star and performing partner Gabriel Brown (aka Black Gryph0n): At Home, Tribute and best-selling Getting Stronger.

Creber is a dynamic and exciting performer, with a compelling stage presence and a wealth of experience that defies her young age. Since releasing her first album, she has performed her music in concerts in major cities throughout the US, Canada, Germany, Poland, Thailand, Australia and the UK. She has a dedicated, enthusiastic and highly supportive fanbase through her work on My Little Pony Friendship is Magic. Her most prominent roles in the series are as Apple Bloom and the singing voice of Sweetie Belle in the show's first three seasons, and it’s easy to see why she’s described as relatable, honest, thoughtful, and inspiring, Michelle Creber's music is making a positive difference in the world, and in the lives of her listeners. She is also proud to be an official ambassador for Kids Help Phone Canada.