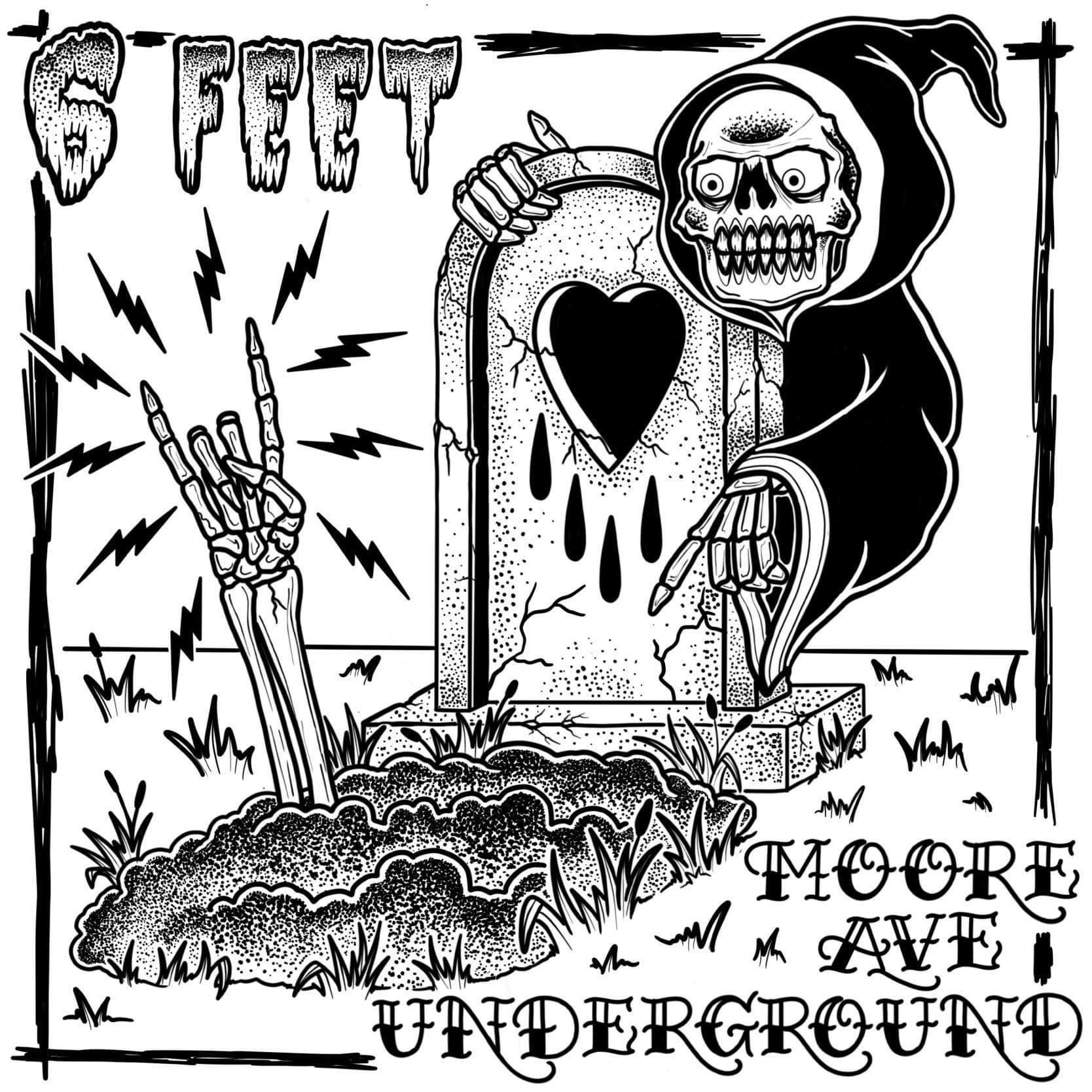 “In the dream, it all seemed so real,” he adds. “It made me feel super creeped out, and the whole experience of writing the song had this super creepy vibe to it, as well. I think that comes through in the track.”

“We originally had more of a cinematic storyline planned for this video, but Covid had other plans,” Shawn reveals; he also directed the flick.

But they made-do, deciding “to make the best out of a less-than-ideal situation,” Joseph adds, “and used our resources to the fullest.”

“The whole video was shot in our home — the Underground,” Jack picks up, name checking the band’s title and ethos all in one. “And it helps to have a drummer that doubles as a director!”

As for that band title and ethos, Moore Ave Underground is more than what meets the eye.

“Moore Ave Underground refers to our family home’s basement,” Josh says. “When I took up music, the basement was already filled with a foosball table, a hockey table, and a bar that no one ever used. We convinced my mom and dad to make some hard choices, and ended up bidding a fond farewell to it all in order to make room for instruments.

What that ultimately looks like is a lengthy series of single releases — including 2020’s “Beanies and Plaid Jackets,” “How You’ve Grown,” and “What’s Done” — and a debut EP, 2019’s It’s All in my Head; in addition to releasing “6 Feet,” the band are currently finishing up their forthcoming full-length.

“When we reflect on what Moore Ave is — both in what we are about, and what our moral codes and values are — there’s always one thing we’ve always been passionate about: equality,” Joseph says. “Since we could think for ourselves, there’s one thing all of us have strived for, and that’s acceptance.”

“For us, it doesn’t matter how you act, who you are, or what you look like,” Shawn adds. “No matter what, there’s a place for you to be yourself in the Underground.”

“Our house show motto is ‘everybody loves everybody,’ and it’s heavily enforced,” Jack underscores. “We think kindness towards each other is extremely important, and something we, as a band, do not take for granted.”

See also: how a bad dream of a father’s passing inspires a great song all its own.