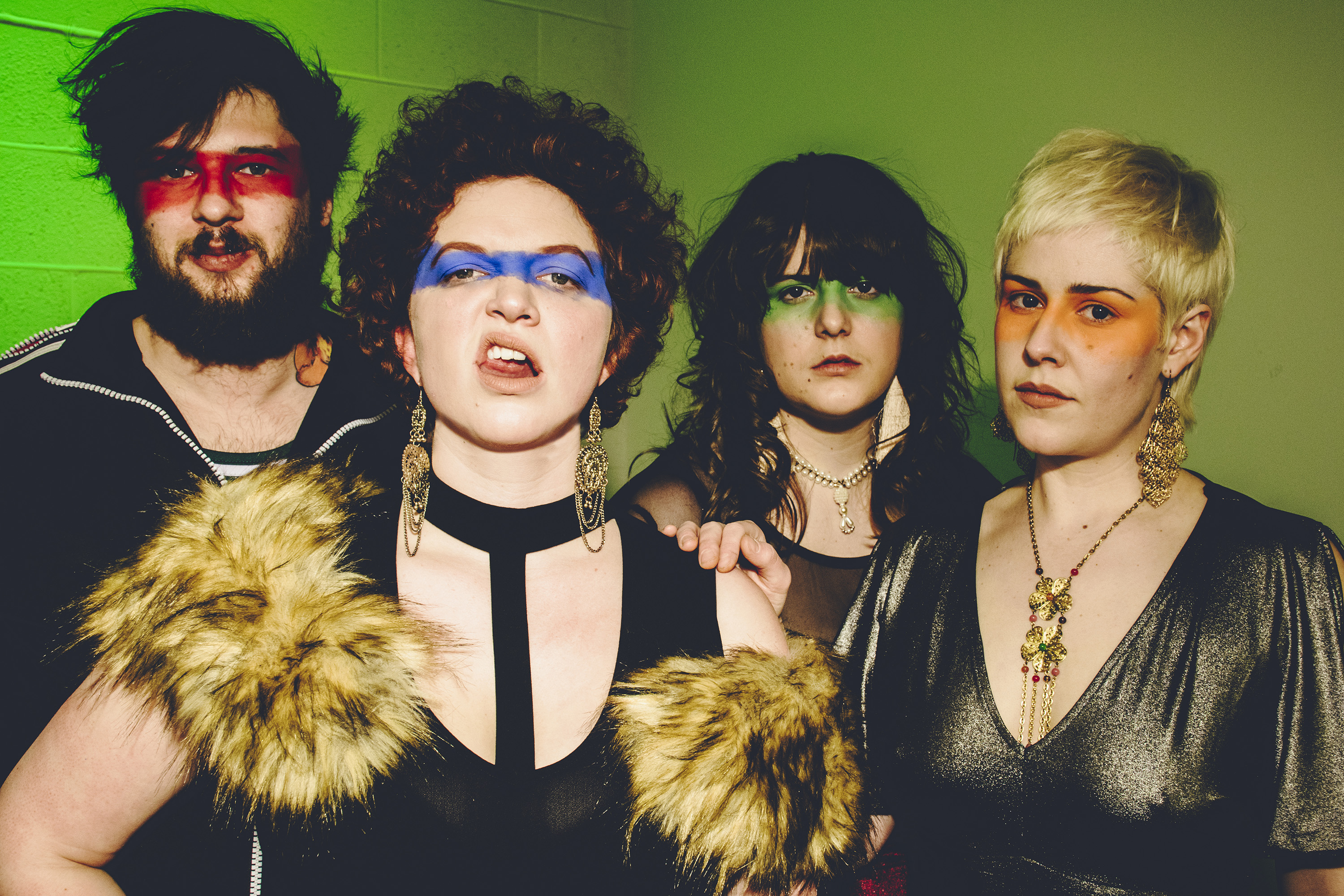 Motown-inspired surf-punksters Bad Buddy unleash the “Hunters” with the release of their newest single to land from this year’s self-titled breakthrough album.

“At the time of Bad Buddy’s inception, we were all thoroughly fermented in folk music,” Bad Buddy vocalist and guitarist Emily Bachynski recalls, most especially of their Edmonton, Alberta base. “The scene was dripping with it. I bought into this,” she continues. “I had been convinced that, if you were going to be a solo artist — especially a female artist — you just sort of had to play acoustic folk tunes until you choked.

“I didn’t even listen to folk music, but I sure wrote and played a lot of it through my shitty solo project that I weakly tried to pound into something remotely palatable. It was so unnatural for me, and Bad Buddy is the polar opposite. Nothing against folk music, it’s just not meant for me.

“Bringing ‘Hunters’ to our first rehearsal felt like a big stretch after a long, cramped car ride. We all met up in my basement as ‘not exactly strangers’ but also ‘not quite friends.’ I think I played the song once through for everyone before we all looked at each other as if to say, ‘alright, let’s fire this baby up and see what she can do.’”

“That first rehearsal I was kind of nervous, wondering what I had gotten myself into,” guitarist and vocalist Andi Vissia adds. “I had never played electric guitar, and any acoustic performances were reserved for campfires and at kitchen parties. Playing in Bad Buddy really gave me the room and confidence to be creative on a brand new instrument, in a brand new genre, and “Hunters” was the kick start of it all.”

"Hunters", much like the rest of the release, is gritty, primal, dissonant, and unsettling, a stark juxtaposition to the tight-as-can-be three-part harmonic explosions. It is the song Bachynski, along with bandmates Andi Vissia, drummer Geoffrey Hamdon-O’Brien, and bassist and vocalist Alex Vissia credit as Bad Buddy’s inaugural foundation.

“‘Hunters’ seriously captures the long-lost spirit of The Pixies, and just has this menacing, predatory, ‘evil grin in the dark’ (thing) going for it,” the Edmonton Journal says. “To be honest, Bad Buddy scares the hell out of me, they’re so electrifying; comical and fierce, a total confidence machine with thrash-y pop songs so infectious, you’re still banging your head to them six months later. Easily one of the most exciting bands (right now).”

“The song definitely holds a place near and dear in my heart,” Bachynski says. “It’s simple, but it unleashed a fury in each of us. It was so satisfying to not have to sing ‘pretty’ or be ‘pretty’ or be… Anything for anyone but ourselves.”

Hitting #1 on Earshot!, their eponymous debut 13-track LP was released earlier this year, and was preceded by EP, The Sneakie Peakie. “Hunters” and Bad Buddy is available now.