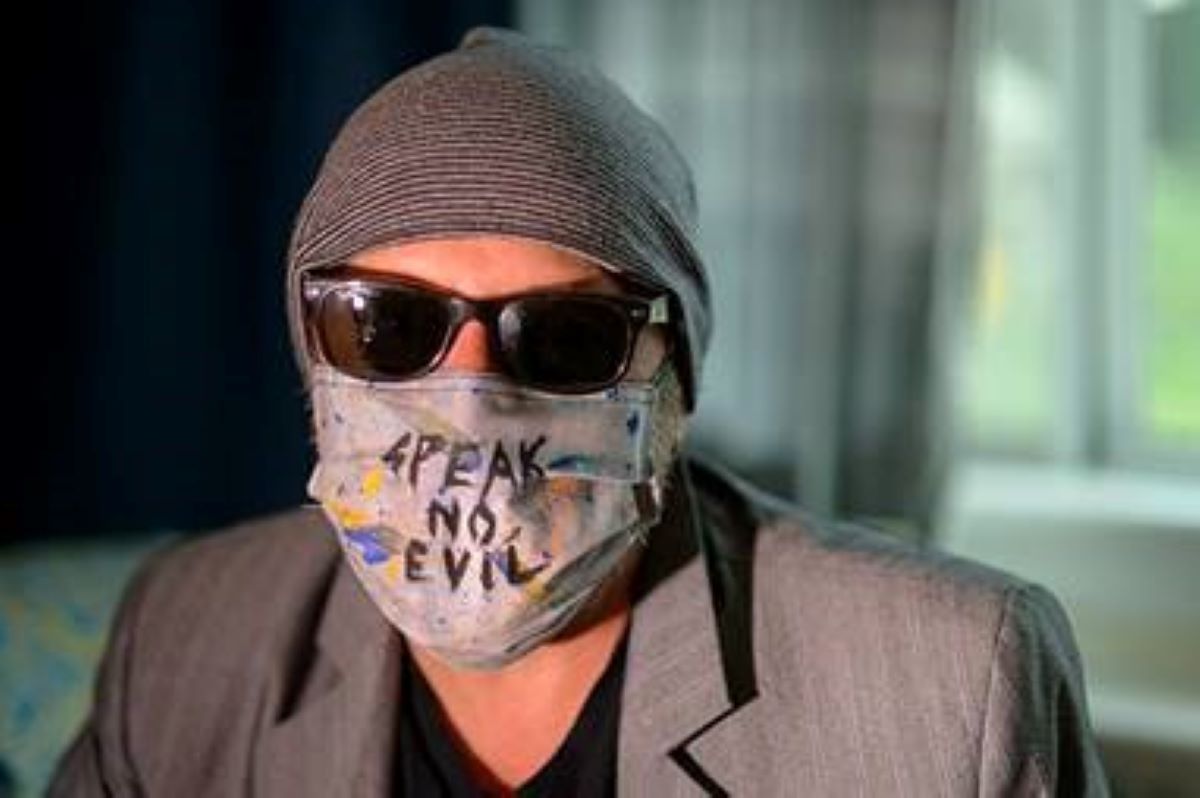 A flurry of instrumentals on a genre-bending journey serve as a career retrospective of epic proportions when it comes to multi-JUNO, Maple Blues and Blues Music Award-winning guitarist Tony D’s new album, Speak No Evil — and newly minted track “70s Big Muff”.

It’s a blues foundation stacked with layers of psychedelic rock, pseudo flamenco with a surf edge, and a thread of jazz throughout the ages wound around it all. Available now, Speak No Evil lands as a 11-track LP mining the archives of the critically acclaimed and internationally accomplished artist’s long-spanning career, including with The Tony D Band and MonkeyJunk.

“This is the only new song on the album,” Tony D says of “70s Big Muff.” “The title is a nod towards the fuzz pedal that was used to create the 70s style of psychedelic rock made by the likes of Jimi Hendrix and Cream. It’s been a big influence on my music from the beginning of my career.

“A lot of the songs on the album have very layered influences, which means many of the improvisational music styles work so well together, particularly in an instrumental format,” he continues. “Argentinian Surf Tango,' for instance, melds together with Latin music and the surf styles of Dick Dale and the Gypsy jazz style of Django Reinhardt.

“I played with a band called James Cohen Caravan, and you’ll also find some of those tracks on the album. I was on tour in Europe and was fortunate enough to see some Gypsy jazz players in Paris, which inspired me to go back to my hotel room that night and write ‘Blue Gypsy’ — which, along with ‘Argentinian Surf Tango’ was produced by Richard Bell, pianist for Janis Joplin, The Band, and Bruce Cockburn.

“And then there’s Flamenco, which is not unlike blues in that you improvise within a set form of music, and is also why I’m attracted to jazz, which you’ll hear throughout some tracks as well.

“Flamenco, though…” he muses. “It’s one of the most romantic styles of guitar music around. I was born in Italy so much of the sounds of Latin rhythm music are familiar to me on account of my heritage.”

Speaking of heritage, Tony Diteodoro received his first guitar at age 13; purchased by his father, he was then told “with a guitar and a new pair of shoes, you can travel the world.”

And so he has; his 40+ year careers as an internationally heralded blues guitarist include Tony D’s extensive work as a solo artist, opening for Stevie Ray Vaughan, playing for Buddy Guy, and more recently, lead guitarist with MonkeyJunk — his band that’s amassed two JUNO Awards, a Blues Music Award, and more than 20+ Maple Blues Awards.

Speak No Evil rises to the top as the guitarist's most impassioned collection of both early and current works, including the newest addition to his repertoire, “70s Big Muff” — and arguably the reason the album exists in the first place.

“I wrote and recorded this song on the spot last year in the studio with my band, Joe Hawkins and Mary Gellner. I think the version that’s on the album is the second take. It sent me into a bit of a time machine of my instrumental recordings over the years, and was the impetus for making the compilation.

“Why now? After recording ‘70s Big Muff,’ I realized how many instrumentals I had recorded over the years, and that I had a body of work worthy of compiling. I love the sound of guitar, I love instrumentals, and I love the different formats in which these sounds weave in and out of each other to make a nuanced piece of music.

“I always thought Speak No Evil would be a great title for an instrumental album because, obviously, nothing is spoken on the tracks,” he finishes. “But also, it’s about not speaking hate, being good to people, and spreading love.

“That’s what music is about to me: Spreading love.”