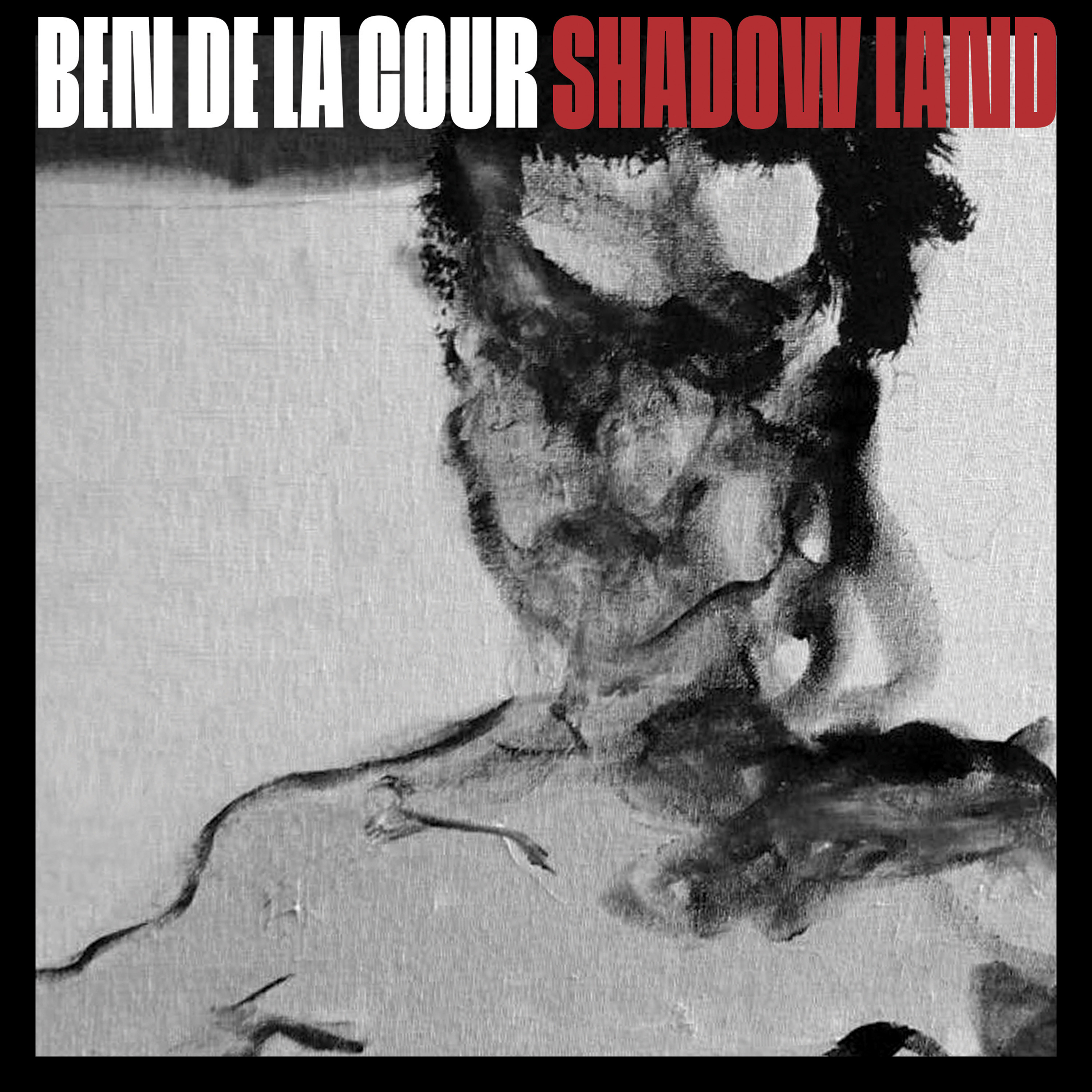 There are singer-songwriters, and there are troubadours. Singer-songwriters are sensitive, polished souls, sharing their journal entries with the world, whereas troubadours do their best just to stay out of jail. And in the wake of Ben de la Cour’s astonishing new record, Shadow Land, you can add his name to the top of the list of younger troubadours to whom this ever-so-occasionally poisoned chalice is being passed.

For a taste of this incredible artist’s music visit: Swan Dive

Shadow Land shimmers – it’s both terrifying and soothing, suffused with honesty, craft and a rare soul-baring fearlessness with enough surprises to keep the listener guessing. It gets down and dirty with electric guitar but also features Ben’s diffident fingerpicking in quieter moments. Ultimately, it is a darkly beautiful meditation on what it means to be human. Ben’s voice renders raw emotion with authority as he recounts tales of suspicious characters, lost love, murder, bank robbers, suicides, mental illness and ghoul-haunted pool halls. On the brilliant “From Now On”, he sings “it’s hard to hold a candle / in a wind so wild and strong.” That one line sums up the troubadour’s life about as well as anything ever said before.

To say Ben de la Cour has lived an eventful life in the course of keeping that flame lit is to put it mildly. As young man, he was a successful amateur boxer (taking in the lithe frame he sports today and his aquiline undamaged features, you’d never know that small-time pugilism was ever a feature of his life) which may have inspired the line “never trust any man / if he don’t have no scars”. After playing New York City dives like CBGBs with his brother a decade before he could legally drink, he had already stuffed himself into a bottle of bourbon and pulled the cork in tight over his head by the time he was twenty one. There were arrests, homes in tough neighborhoods all over the world, countless false starts and stays in psychiatric hospitals and rehabs as Ben battled with mental health and substance abuse issues. But in 2013 he finally found himself in East Nashville, and this year saw the release of far and away the best of his four albums – Shadow Land.

Shadow Land comes in steaming with “God’s Only Son”, a gut-bucket western about a bank-robbing drifter who may or may not believe he is the messiah that sounds like Ennio Morricone being fed through a meat grinder. “High Heels Down the Holler” is Appalachian gothic at its finest; an unsettling, rough and twisted tale that features a threatening fiddle weaving its way like a water moccasin through grimy, hypnotic slide guitar. On “In God We Trust... All Others Pay Cash” Ben’s scathing put-down of corporate crooks “putting candles on dog shit and calling it cake” seethes alongside a band channeling “Stop Breaking Down.” On the other side of the fence are the delicate, atmospheric “Amazing Grace (Slight Return)” and “The Last Chance Farm”, a heartbreaking tale about Ben's first day in rehab.

Ben turns on a dime on “Basin Lounge”, all pure jittery New York Dolls vibe highlighted by a boogie-woogie piano that would make Jerry Lee proud and a snarling guitar that brings to mind Joe Strummer’s The 101ers. One of the album’s crowning moments arrives with “Swan Dive”, a gorgeous feat of narrative storytelling. A gentle waltz, it tells a shattering tale of lost love and suicide, questioning how close to the edge we really are. When he sings, “My heart does a swan dive, right out of my chest, into a river of sorrow,” the desolation is palpable. The final track on the album, “Valley of the Moon”, is a terrifying meditation on what Jack London referred to as the ‘white logic’ of alcohol-induced psychosis, while simultaneously contemplating Chuang Tzu’s meditation on material transformation in a voice as cold and dead as the man in the moon himself.

You would be forgiven for thinking that Shadow Land was an East Nashville record, but you would be wrong. Ben de la Cour, the drunk and unhinged miscreant, decided to write a grant proposal in hopes of receiving funding from the Canada Council for the Arts. “I locked myself away and wrote this fifty-page grant proposal without really sleeping. And then I went straight to rehab” he laughs. When he got out, Ben de la Cour caught a break - Manitoba Film and Music ponied up to cover the recording costs. So Shadow Land, which drips with swampy, deep south vibes, was actually recorded in Winnipeg with producer Scott Nolan in the middle of a polar vortex. “I figured everyone is making records in Nashville. For better or worse I don’t get that excited about doing what everyone else seems to be doing. Scott is a great artist in his own right and has produced several records that I really love, and we bonded over Nick Cave and the fact that we’re both recovering metalheads. So we holed ourselves up in his studio in Winnipeg and got to work. I flew my brother Alex out so he could play drums on it – we haven’t made a record together since we were twenty. They have some amazing pickers in Winnipeg. It’s like the Tulsa of Canada.”

“You know,” Ben continues, “you write songs because you want to connect with people, and so you don’t want to make a record that obscures those songs – that’s just as bad as making a record that sounds like everything else in an attempt to appeal to people in a calculated way. You need to make something that interests you. There’s a fine line between artistic expression and pointless self-indulgence, but you also want to have a good time making a record, otherwise what’s the point? I work really hard on songs. So I don’t want to paint over that. Everything has to be in the service of the song. That’s one of the reasons we recorded almost the whole thing live, vocals included. I wanted to have fun. In an evil way.”