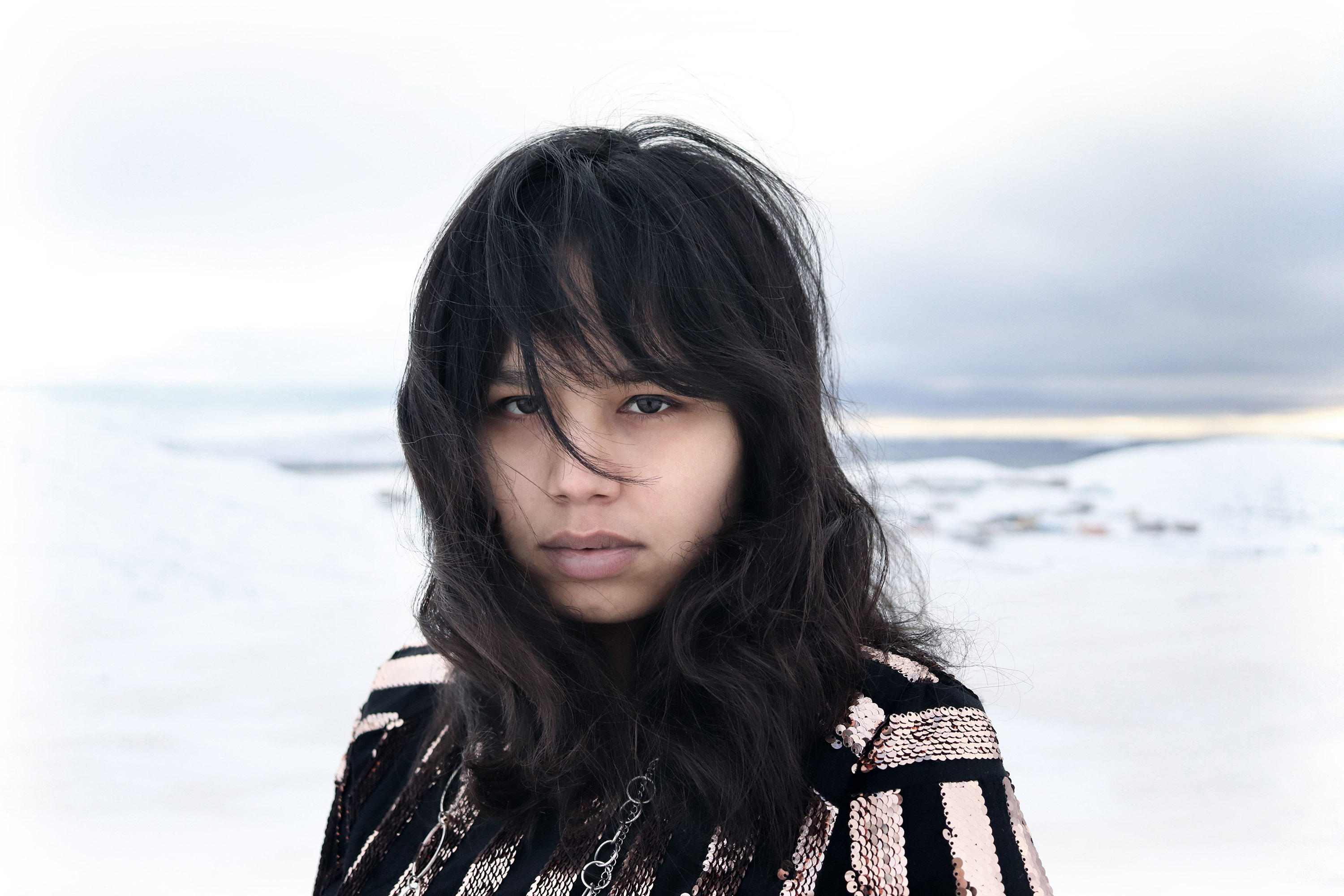 Inuk pop-rap artist Aocelyn ascends to her rightful throne with the unveiling of her new single and video, “I Wish I Was a King”.

Check out “I Wish I Was A King” on YouTube Here:

An extremely unique artist who has overcome many challenges, including housing insecurity and extensive bullying throughout her life, Jocelyn Arreak — and nom de plume, Aocelyn (pronounced “aw-slin) — hope to help others avoid the bullying that she experienced.

Having written her first song “Live To Love Life” in an attempt to deal with the harassment she faced, she says her music focuses on themes of believing in yourself, rooting for those who’ve been outcasted, spreading hope, and breaking the stigma around mental illness.

Discovered by the late Kelly Fraser, Aocelyn released her first music video “Adventure Awaits” in 2019, and was also featured in the music collective Ajungi album that same year. In September of 2021, Aocelyn attended the Hitmakerz Compound in Ottawa, where she recorded the video for “I Wish I Was a King” with filmmaker, Rachel J. Vrecic.

“I Wish I Was a King” — as well as the rest of the Lovely album — was produced by Thor Simonsen (Kelly Fraser, Aasiva, Joey Nowyuk, Shauna Seeteenak, etc.) and Bardur Haberg (Girls' Generation, Namie Amuro, Kumi Koda, The Disney Channel, etc.). The single artwork was created by Bjorn Ulvedal Simonsen.

Financial support for the album and music video was provided by the Government of Nunavut and the Nunavut Film Development Corporation, respectively.