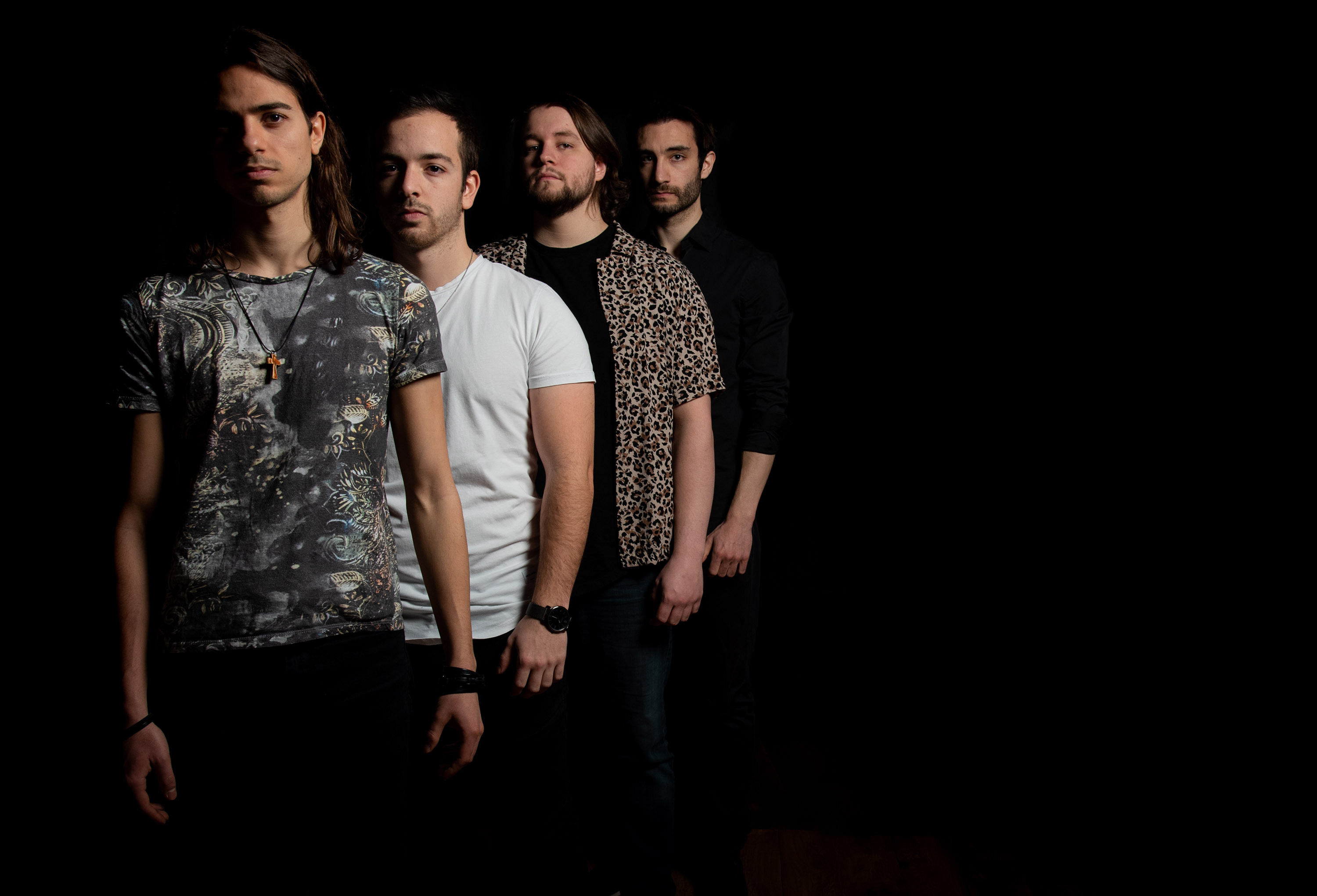 Classically influenced and a compelling listen, Canadian orchestral pop-rock band Daniel Monte have unveiled their newest video and single from their debut LP, Familiar; “S.O.S. and Send” is available now!

Mostly inspired by Beethoven and Brahms, the Toronto-area group are known for taking special care incorporating classical music elements into their songs — and hard-rock style “S.O.S. and Send” lands no differently.

“There’s a little nod to Bach in the violin solo section,” lead singer Daniel Monte reveals. “I played a G minor arpeggio figure going down the range of the violin, which was also famously used by Bach at the beginning of the Presto in G minor.”

It’s amazing to think such a profound song like “S.O.S. and Send” can have a darker meaning like this one does... Monte has “always been fascinated with the division between good and evil,” leading to the exploration of a gangster’s mindset. Overtaken by the suspicious violence happening around Monte’s current residence in Woodbridge, Ontario, there was a burning curiosity in his stomach. This led to Monte pounding out lyrics for “S.O.S. and Send,” which he believed “...was always supposed to be a song about the mob.”

“S.O.S. and Send” was “a long process of back-and-forth melody shaping and arrangement,” Monte shares of the track’s ultimate progression. “I must have gone through three or four different chorus ideas before finally landing on this rhythm and melody that seemed to work.

“I was genuinely considering giving up on this tune at some point,” he continues. “It was just sitting for months — with chords and a crap melody scratched out with no words — until I finally found the inspiration to write the lyrics.

“From there, everything just found its place.”

Daniel Monte isn’t the only seasoned musician in this eponymous group; in fact, it’s fair to say that each of these musicians have earned their stripes through their extensive careers…

One could make a good argument that a pop-rock orchestral composition of this sort would be incomplete without an ample amount of excellent percussion, and drummer Jordan “Jojo Boom Boom” Mason is fit for the task, driving the rhythm section for Daniel Monte by incorporating orchestral percussion instruments into his hard-hitting playing style.

As always, the keyboardist is left to put a bow on the whole thing, and Flavio Silva doesn’t disappoint; ranging from ethereal soundscapes to rich orchestral elements, Silva uses his keyboards, synthesizers and musical abilities to bring the band’s orchestral elements to life, soaring the piece to new sonic heights.