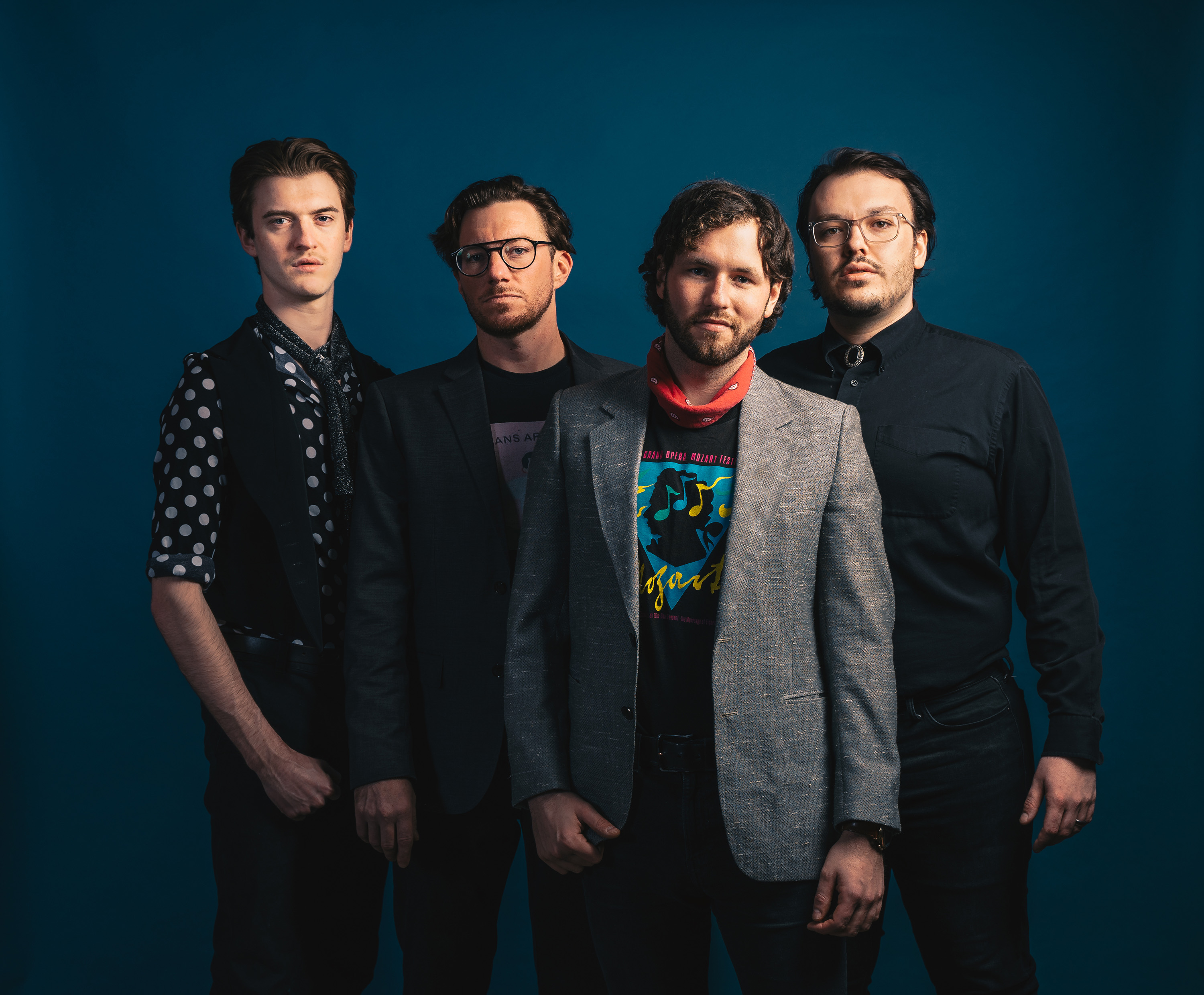 Just in time for the summer — and vaccination — season, Canadian blues rock band Arsenal Mills is back with another retro-fueled rock n’ roll tease ahead of their upcoming debut EP. An absolute breath of fresh air in terms of modern rock, “Songs About Love” – watch and listen to it here on YouTube:

Unlike the PEI-based outfit’s previous single, “Cry No More” — which is a perfect tune for driving at a high speed, windows down, in the middle of summer — “Songs About Love” is an emotional journey of rock n’ roll which really pulls at the heartstrings. Arsenal Mills frontman Brad Milligan says it “touches on the idea of innocence” and that it’s about “being young and naive.”

“I wanted the main character to be someone who hasn’t experienced all the joys and heartache that love brings,” Milligan says. “All they know about love is what they’ve heard about it in songs on the radio, which to me is such an interesting concept.”

With that concept in mind, it seems fitting that this song (about love) kicks off with a piano hook sent from the heavens. Though it was played by one-off guest pianist Ben Aitken, it is genuinely such a memorable piece of music that it’s bound to become an instant classic in the modern rock scene.

Slap a soulful electric guitar solo, tickling drum fills and a chorus that begs for mass audience participation in the mix and you’ve got yourself a metaphorical ear message. These enchanting musical elements make “Songs About Love” the perfect track to raise your lighters (or phones) to.

And it won’t be long… Once these guys break the scene, it’ll be a stadium anthem in no time at all — with music-lovers from all walks of life will be screaming their hearts out to it together.

Do you like Journey, or the Scorpions? How about Def Leppard? If you’re looking for a familiar sound, but something completely new, this is the song (and band) for you. And if you’re hesitant about taking a chance on one of Canada’s best up-and-coming four-pieces, “Songs About Love” mirrors the sonic mastery and emotional depth of Reckless-era Bryan Adams as well as 1990s Aerosmith. How could it not be good?

Bassist and keyboardist André Uyterlinde promises more songs “of this profundity” on the horizon too.

Spawned from their heavy New Wave, Blues and R&B influences, since day one it has been Arsenal Mills’ collective mission to completely reimagine the modern rock scene in a unique and refreshing way. To help them achieve this, the boys enlisted mix-master Colin Buchanan to produce their brand-new smashing track as well as Chuck Carvalho, master engineer for Toronto-based studio Joao Carvalho Mastering.

From their hometown of Charlottetown, Arsenal Mills have been featured in many well-known music publications including CBC, Tinnitist, Canadian Beats, Record World Magazine, Cashbox Canada and more. Not only that, but the quartet has opened for the likes of Canadian legends like Kim Mitchell, The Glorious Sons and Wintersleep, among many others. The cherry on top for this group is that they’ve been nominated for both ‘New Artist of the Year’ and ‘Rock Recording of the Year’ by Music PEI.

While you’re waiting for Arsenal Mills highly-anticipated debut EP, check out lead single “Lovesick & Broke” and the 2020 standalones “The Bleeding Heart” and “Cry No More.”