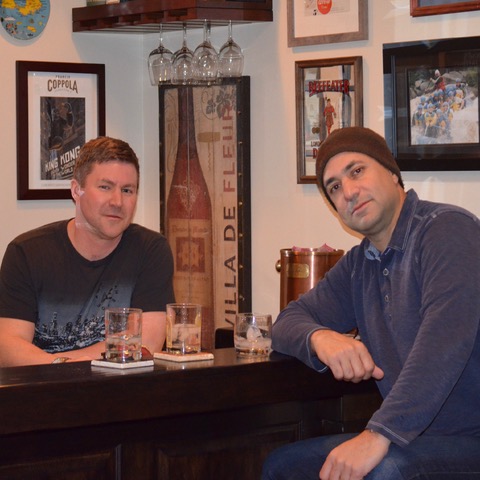 Two months after the release of their debut studio album, Daydreaming, Connecticut-based pop/rock duo View19 are celebrating the summer with a brand-new single, “Big Night Out” .

Give a listen to “Big Night Out” here on YouTube:

Just as its name implies, “Big Night Out” is an upbeat track about going out on the town and having fun. Whether that’s dancing to music, hitting a patio, or being out with your family, friends, or dearly-loved ones, View19 just wants their fans to celebrate the (hopefully) soon-to-be forgotten COVID-19 pandemic.

To help relay that message, the listener is met with a consistently groovy pop bassline which calls back to the mid-1970s disco era. Along the way, you’re met with a multitude of different keyboard and synth sounds which perfectly complement the soothing backup vocals of View19 songwriters and co-founders, Sean Lorden and Lorenzo Biscotto.

One of the best parts, however, is the leading vocal track that comes from an uncredited female singer. With a voice that transcends genres and leaves you in the mood for pop, disco and funk, all at once, her delivery on this stunning, four-minute track is truly something fresh for the avid music listener.

“Although View19 is a duo, we owe a tremendous amount of gratitude to the many people in our spheres of influence,” the pair says, “including all the artists, engineers and, frankly, people from all walks of life that provide us with assistance, inspiration and opportunities for collaboration.”

“Big Night Out” serves as the twosome’s twelfth overall single, and the lead track from their aforementioned, brand-new record, Daydreaming. Daydreaming was released on March 5th, and includes 12 original tracks from the pair.

Since having access to his grandmother’s reliced Baldwin piano as a kid, Sean has been continuously improvising riffs and songs. Lorenzo, on the other hand, has been filling notebooks and journals with lyrics and poetry for decades. After years of friendship, they began making music together, and 2019 seemed like the right time to form View19.

Their entry to the music scene was immortalized with the release of their popular, debut single, “Face to Face in the Dark.” “Since then, we’ve never really stopped creating new music,” they say. “It’s a labour of love.”

On their musical influences, View19 really struggled to narrow it down, however decided that a blend of the rock, pop and alternative genres are what they’re trying to concoct in the studio. “We have a ton of musical and artistic influences that span a wide range of time, and our music doesn’t tend to fall into any one particular category. If there is one thing we typically strive for, it would be to create songs that are heartfelt and insightful.