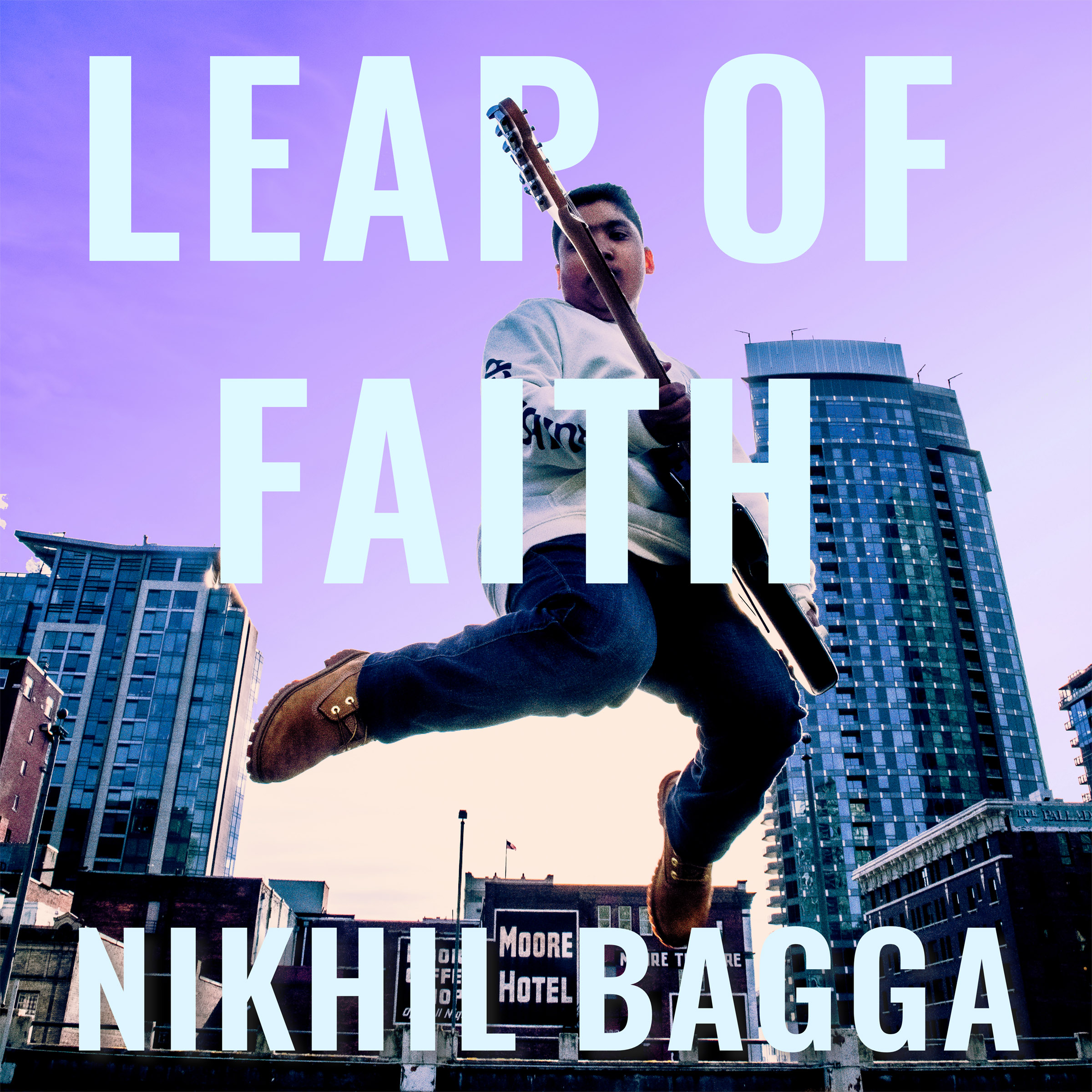 Before they released the Kraken on the ice, it was teen Nikhil Bagga — the virtuoso guitarist — who stirred the crowd into a rock frenzy with his electric rendition of “Star Spangled Banner.”

In fact, the Seattle Times said the day after: “From the get-go, the Kraken seemed to have a step on their opponents. A rousing electric guitar performance of the national anthem by youngster Nikhil Bagga, 12, had the crowd buzzing beforehand and the electricity seemed to carry over to the home team’s performance.”

And with that, Bagga — now 13 — with his insatiable talent and megawatt grin, has entered the chat.

A self-proclaimed ‘human jukebox,’ the wiz kid formerly of Toronto, Canada picked up the guitar at nine; from AC/DC to Ed Sheerhan, Bagga’s desire to learn, talent to play by ear, and enthusiasm to develop his craft has brought him major success and set him in front of major audiences.

It was Bagga invited by the Seattle Kraken. And it was Bagga who lit the game ablaze before the puck even dropped.

But Bagga isn’t done. It wasn’t enough to see through his talent on his weapon of choice — the electric guitar. Hungry for more, soon that passion translated into writing, and creating. Armed with a catalog of originals, it’s time for this budding rockstar to lay down his tracks and churn out a debut album: Leap of Faith — available now!

Recorded at Seattle's London Bridge Studios with producer Eric Lilavois (Ayron Jones, Saint Motel, Island Apollo), the record features drummer Ben Smith (Heart) and bassist Jeff Rouse (Loaded), in addition to Bagga’s vocals and guitar. The 10-song strong effort showcases, highlights and reveals life according to Bagga — from his relationships with his siblings to growing up.

“‘Leap Of Faith’ is about taking risks and trying new things,” Bagga says of the title track: “In this case, I wrote this song about the day my dog, Daisy, arrived at our home. She was shy at first but soon warmed up to us. She had to take a ‘Leap Of Faith’ to trust us. This song was inspired by Neil Young.”

The album also features Bagga’s eclectic range of further musical influences like U2 and the Rolling Stones. He is also unafraid to tackle issues often faced by teens: bullying. “Being bullied is a tough time and ‘Gotta Try’ is the song about the time that I was,” Bagga says: “I would always think that maybe everything I did was stupid but ‘Gotta Try’ is kind of like my victory song. This was the first song I wrote and will always have a special place in my heart. Bullying is a big deal and this song is for everyone who is going through that hardship.”

Leap of Faith foreshadows a fruitful career ahead for the burgeoning rock god. Having opened for the Seattle Kraken, Bagga has also played the SMASH Seattle “Songs of Hope” Benefit, the Big Table Benefit supporting restaurant workers impacted by COVID, and Russell Wilson’s Why Not You Foundation.

An inspiring new addition to the coming generation of musicians, Nikhil Bagga is the electric guitar strumming marvel taking a Leap of Faith

And we’re right there alongside him.