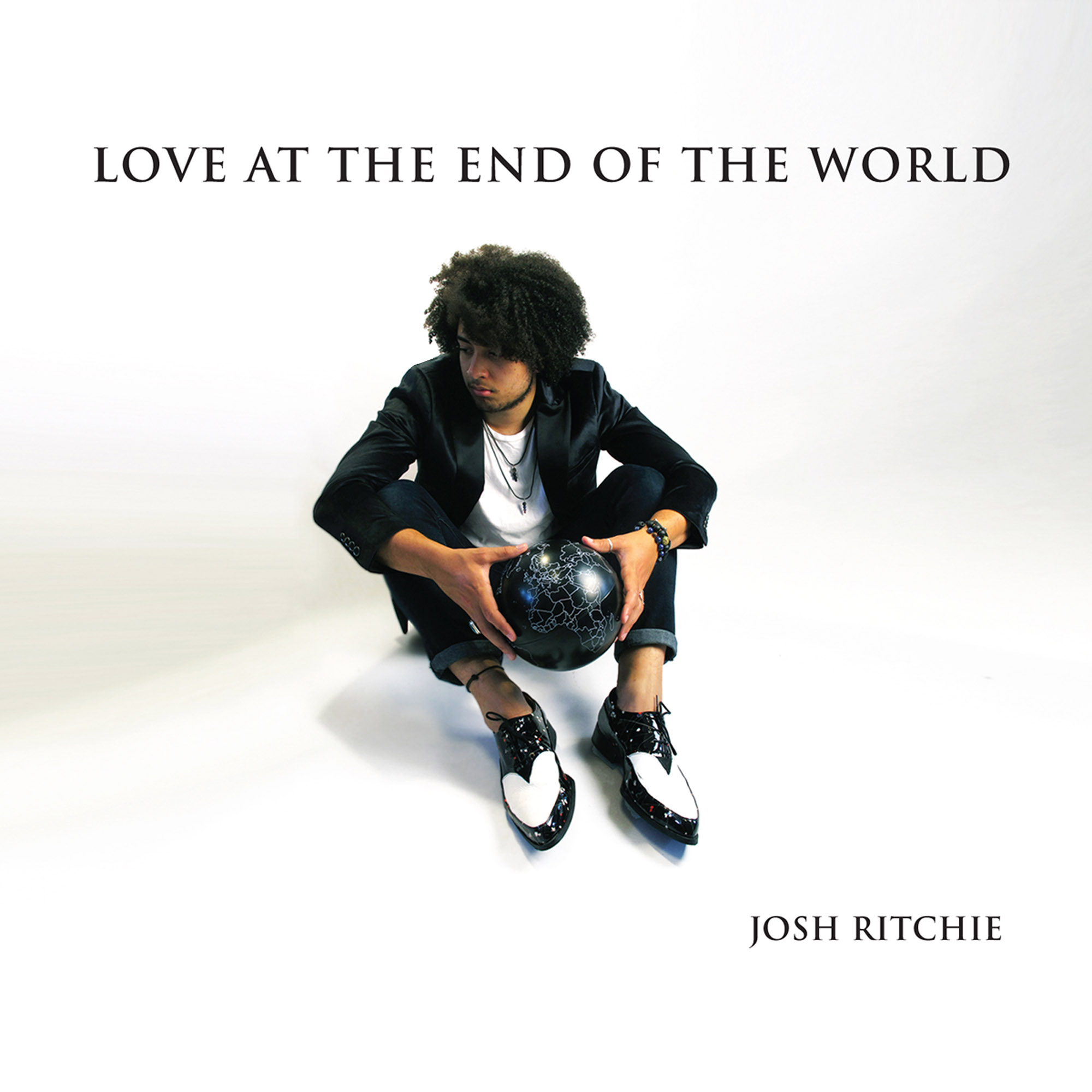 When it feels like the light at the end of the tunnel is dim, there always seems to be an artist like Whiarton, ON’s Josh Ritchie ready to walk you through it. Featuring soulful guitar riffs, boisterous vocalizations, and a Hammond keyboard (always a winner), the Canadian pop-rock singer/songwriter does just that, leading audiences on an emotional journey with his new single and album of the same name, Love at the End of the World.

In the face of systemic racism and corruption laced into society, “this record does talk a lot about systemic racism, the greed and brokenness of our society and the pressures of having to fight against all that,” Josh Ritchie shares. “However, it’s not meant to be sad; it’s meant to be a hopeful record that people who care about this kinda stuff can listen to when they feel alone or feel like giving up.

“This record is for all of us who feel,” he continues, and “to remind us that there actually is some love even at the end of the world.”

Watch Love at the End of the World here:

Growing up in a family of musicians, Josh Ritchie was exposed to the arts early in his youth — finding a passion for playing instruments and producing music. That passion blossomed into full blown addiction as the 22-year-old instrumentalist found his voice and started singing, developing “a seemingly endless range and power.”

In addition to the success of his self-titled EP, Ritchie’s official debut started with a self produced CD, Louder — which premiered to a sold-out crowd, and bolstered its title track, “Louder,” to the Top 100 list in the 2020 CBC Music Searchlight competition. In the September of 2020, he was named as one of the Toronto Blues Society's finalists for their annual Talent Search competition where he finished 2nd place.

Through all of this, Ritchie organized a Black Lives Matter protest — eventually finding inspiration through this protest to drum up his self-titled EP and, eventually, Love at the End of the World.

“These are songs of togetherness, equality, empathy and, of course, love,” he says. “These songs came to me when I most needed them; it was a time of serious introspection, and a lot of self-doubt. Making this record gave me purpose again, and I can’t wait to share it with people.”

It seems Josh Ritchie’s hope is that Love at the End of the World finds his listeners where and when they most need it, as well. His soothing melodies and vocals are easy enough to listen to on a regular basis. Furthermore, Ritchie’s lyrics burrow into the hearts of listeners who feel they have fallen victim to the vices that plague the world.

“With this record I opened up about more serious topics. A number of songs are directly influenced by my experience organizing and leading a Black Lives Matter event, but another theme of my writing was dealing with the fact that as a young person we are inheriting a broken and burning world, and we are forced to be the generation to stand up and do something about it.”

In the current climate the world faces, it isn’t hard to occasionally lose sight of the good that still lies within all of us — and even greater, the people around us. Hat’s off to Josh Ritchie. Keep on fighting the good fight.