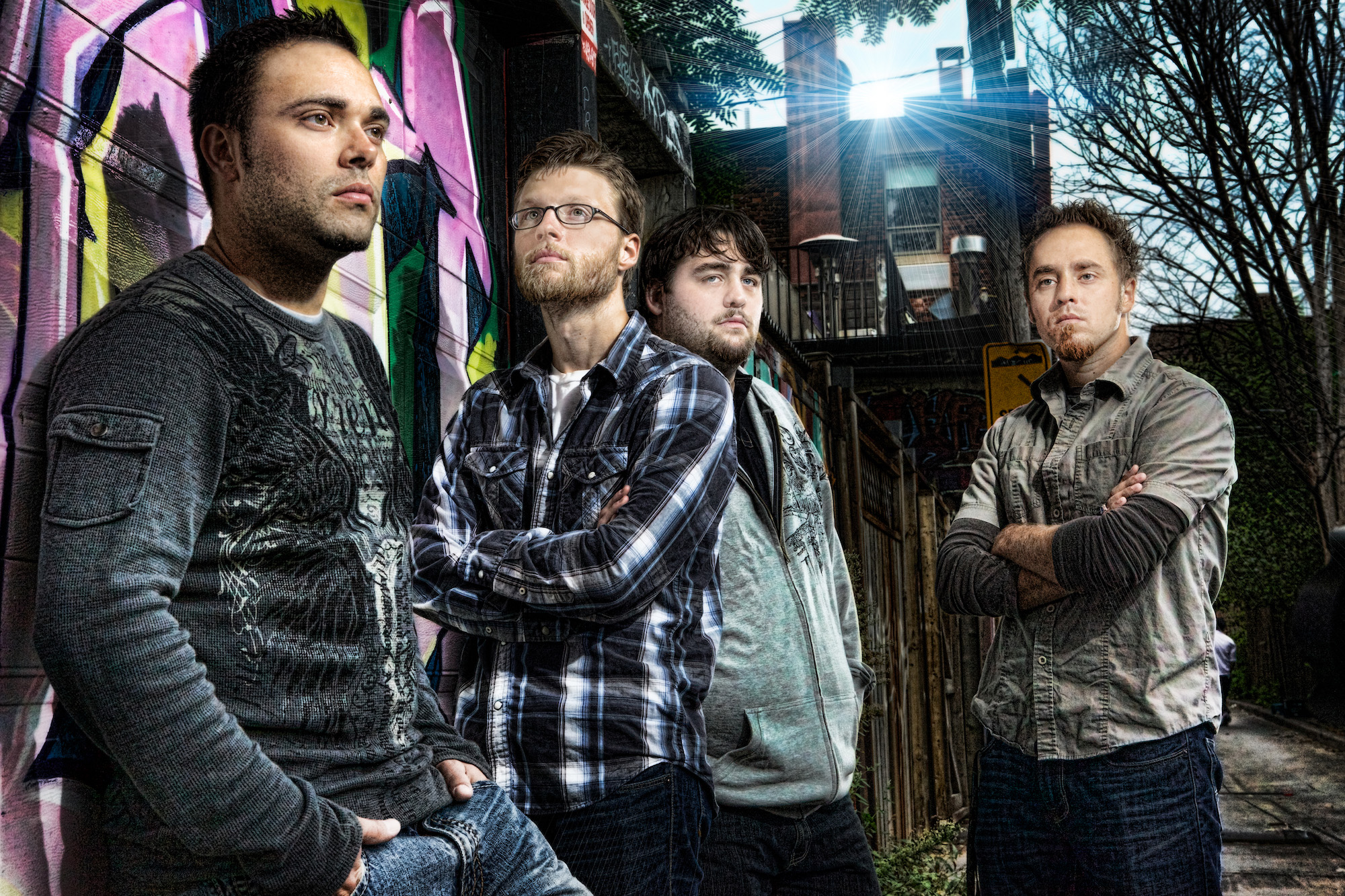 When the smoke clears, you’ll be left reveling in the ash, having been burned up by the latest smash single from Canadian four-piece, Ravenscode; “Fire”.  The latest from their recent album, Fire and Storm, the Windsor-based band releases an inferno off the opening note: heavy electrics, pulsating percussion, pounding bass and an explosion of melodic vox. The listener is drawn into a fury of emotion, and explosion. Following up their debut album, District of Broken Hope, “Fire” serves as the lead single from the group’s sophomore effort — a project they call a “vivid picture of who Ravenscode is as a band”.

The track, as they say, starts as many of them do – from a riff. “That main riff you hear at the start of a song that hits you like a punch to the face was written by Justin (aka Journey) one night before bed,” the band explains. “He knew right away that it was something special and recognized the full throttle emotion that seemed to come with it. “This feeling brought out one word ‘Fire’.”

The song actually serves as a promise during a breakup, where our hero assures he’s going to be just fine in light of the recent heartbreak because he is, in fact, fire. “And I’m here to burn this place down,” sears the lyrics. “You better back away and hide your eyes,” it continues to threaten, “as I burn brighter. Let the flames embrace me now ‘cause I am fire tonight.”

It’s the essence of energy that Ravenscode produces on the track that melts you into submission of its force. The chant “we want the fire, we need the fire, we breathe the fire” establishes an almost guttural Vincent Price-like pledge to darkness, illuminated only by flames. The song is a flash forward into the future of Ravenscode as songwriters and musicians; a testament to their grueling touring, and dedication to honing their craft on stages across Canada.

“The reaction of crowds while on tour was a true affirmation that this is what (we) were born to do,” they say, adding the multitude of fan videos, and cover tracks has been the most endearing to them of all their interactions with their audience. “Watching someone take the time to learn your song and have the confidence to perform it and put it out into the world is one for the best feelings there is.”

Now with the heat of experience burning through them, Ravenscode is more confident than ever in their ability to unite crowds with their signature melodic hard rock sound, chemistry on and off stage, and commitment to providing a trip to their show will become the “best night of your life.” “Fire” is a steady warning that these guys promise no prisoners, no holds barred, and simply no way you’re leaving one of their concerts without them being burned into your consciousness.