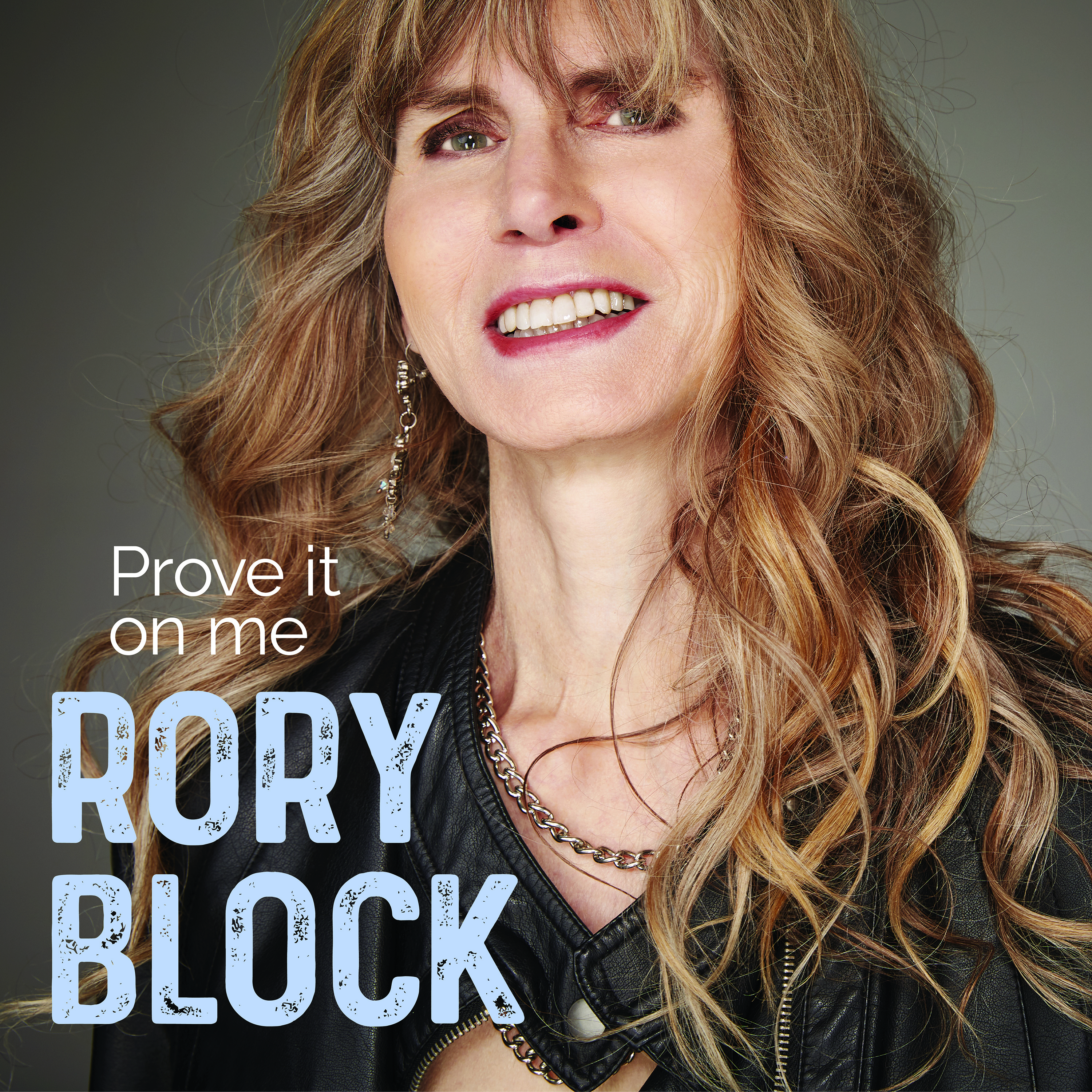 Six-time Blues Music Award-winner (including the 2019 award for the “Acoustic Artist of The Year”) Rory Block announces the release of the second installment in her “Power Women of the Blues” album series with Prove It on Me, coming March 27 on Stony Plain Records. It follows the critically acclaimed 2018 release of her first CD in the series, a tribute to the legendary Bessie Smith titled A Woman’s Soul.

Rory was recently nominated for another Blues Music Award - “Traditional Female Blues Artist” (AKA – The Koko Taylor Award) - for the upcoming BMAs in Memphis in May. “I am incredibly honoured to be nominated for ‘The Koko Taylor Award,’” she said upon hearing the news. “I met Koko in Germany years ago when I opened for her. We crossed paths again at various times on the road, where she began to introduce me as “Little Miss Dynamite.’ It means the world to me to be nominated in a category that honours her memory and her incomparable, historic legacy. I feel as if she is not gone but remains among us- supporting, encouraging, and cheering on the next generation of blues women.”

“Power Women of the Blues” is a project that had been simmering in her imagination for 54 years Rory told the media upon the Bessie Smith album’s release. “It has been my longstanding mission to identify, celebrate and honour the early founders—men and women—of the blues. This series is dedicated to the music of some of my all-time favourite iconic female blues artists, many of whom were shrouded in mystery during the sixties blues revival, while the recordings of others had simply disappeared.

“I also want to mention that the direction of my career essentially took on a new focus when I decided to begin the ‘lifetime retrospective’ projects, starting with ‘The Mentor Series’ (6 CDs specifically celebrating the rediscovered blues masters I met in person as a teenager). Now ‘Power Women of the Blues’ is the newest series of tributes dedicated to great founding women of the blues. The reason these tribute series are particularly relevant to Stony Plain Records is that they have all of them on their label, and that's a project exclusive to Stony Plain. I signed with them and started with the Son House tribute, and so on to the current series.”

Prove It on Me is an important step forward for Rory Block. On it she finds a new more mature voice uniquely her own while paying homage to some of the groundbreaking blues women of a bygone era.

“With this new recording, I decided to celebrate some of the great female artists who were not as well-known as Bessie Smith (with the obvious exception of Ma Rainey and Memphis Minnie). Women of that era were certainly not given support to leave home, children and families to hop a freight train and go from bar to bar,” Rory explains. “Society really would have frowned utterly on that, and women knew it. They didn’t have permission to go out there as much as men did. Their recorded material might have been left in the back of an archive somewhere, and perhaps not widely promoted as a result. Some of their recordings probably got swept under some rug somewhere, and many great women artists essentially disappeared. Still, other voices did make it through, people like Big Mama Thornton, Rosetta Tharpe, Sippie Wallace, and some of the women who sang jazz like Ella Fitzgerald, and also gospel, like Mahalia Jackson. Knowing the above, my goal with Prove It on Me was to bring to light some of these great talents who for whatever reason did not become as famous.”

On Prove It on Me she erases the decades, breathing fresh life into Ma Rainey’s version of the title cut and Memphis Minnie’s “In My Girlish Days” interjecting them with both sass and sensibility in a clarion call torn from today’s headlines. Plus, she introduces us to some women who got lost in the rewriting of a musical history that figuratively buried some of the best female singers of the ’20s and ’30s with “He May Be Your Man” by Helen Humes, who replaced Billie Holiday in the Count Basie Orchestra in 1938; the attitude dripping “If You’re A Viper” originally released by a Chicago singer known as The Viper Girl Rosetta Howard; and “I Shall Wear A Crown” by blind gospel singer Arizona Dranes.

Prove It on Me also includes the original song, “Eagles,” that has a very special, personal meaning to Rory. “The words to ‘Eagles’ are directly from my life, with one single line for someone else as mentioned in the liner notes,” she confesses. “My book addresses my childhood- but even then I did not detail things in full and left many things unsaid. Just didn't feel necessary or a good idea at that point.”

The Blues Foundation has said of Rory: “Today she is widely regarded as the top female interpreter and authority on traditional country blues worldwide." And Rolling Stone magazine credited her with recording “some of the most singular and affecting Country Blues anyone, man or woman, black or white, old or young, has cut in recent years.”

In a career that has thus far produced 36 albums and numerous world tours, Rory Block's fabled odyssey finds her at the absolute height of her talents, and at the top of the touring world as the premier voice of today’s acoustic blues guitar, renewing the promise of long-forgotten blues women of the past and adding new energy that’s a piece of her heart. “My husband, Rob and I, we talk about it a lot,” she admits. “We jump into the car every day and listen to whatever we just recorded. That’s what gives us energy. That’s what gives us purpose. I think to myself if I’m ever not recording, there’s going to be some kind of dropout to my life. There’s going to be some kind of void. I always have to be surrounded by music to feel the energy I need to live. I mean, its energy, its spirituality. I live and breathe music.”