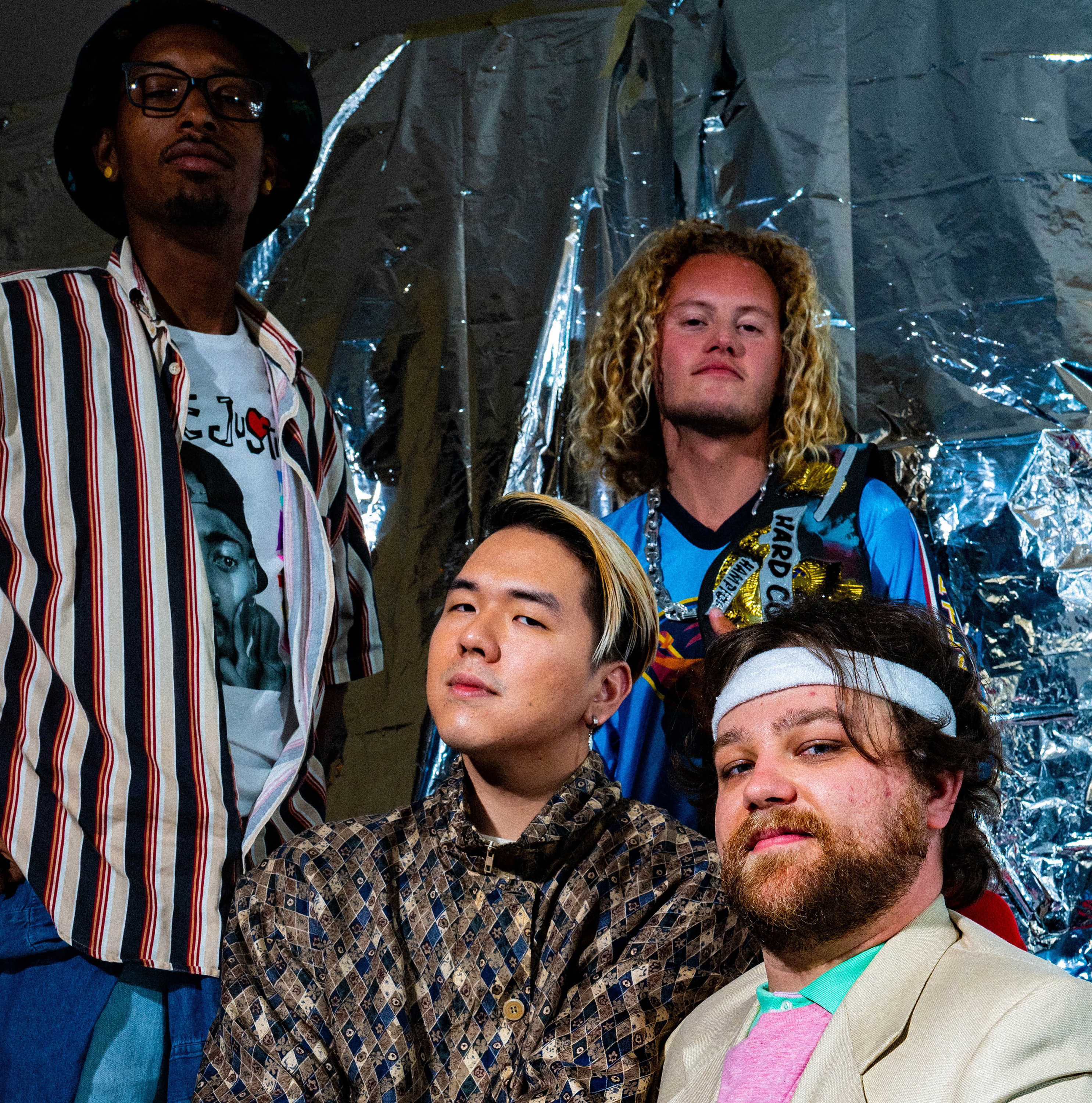 Proving again that Florida-based Morning Trips will not be confined to a genre, the boundless energy of the Florida four-piece flows through their latest release, “We Have No Time (For Now)”.

“We Have No Time (For Now)” shape shifts the group’s defined songwriting ability, and carves an electro-pop vibe capable of inviting you to the dance floor. The track follows their previous effort, “Assault” — a pulsating exploration into dark, heavy industrial metal with a subsequent music video slapped with an 18+ warning label.

Check out “We Have No Time (For Now)” on YouTube here:

“We have a lot of exciting concepts and visuals planned for what will be our first formal EPs,” the band explains. “We are a guitar band at heart, but in our minds, we’re redefining what it means to make guitar-driven music in 2021 when the modern world is so hyper and phonetical.

“We feel we are making music that really puts a stamp on the times, and that sounds like what we think of when we hear ‘THE 2020’S’.”

With many groups and artists forced into stalemate during 2020’s epidemic, Morning Trips utilized their time off the stage to recreate and formulate their sound they’re debuting over a series of singles. As a result, their recently released records each etch a painting of who the group is gradually becoming — each an evolution to who they’re becoming as songwriters, performers, and producers.

“Being isolated and getting into the post-COVID years, we found ourselves observing and yearning for moments and times lost to a year of isolation,” they say. “Remarking on how friendships drift and develop in new ways due to the distance and quite frankly, time.”

Calling on veteran producer Jeremy SH Griffith to finalize the self-produced sonics on “We Have No Time (For Now),” the band says they are laying the groundwork to future visual and sonic expressions. “This was a song we felt we really took a step forward, visually tying together a bit of everything we had done before — but also serving as a launching pad for our next visual moves,” Morning Trips reflects, adding that they take a huge interest in concepts like Surrealism and Dadaism. “Visually, we incorporated elements from those art movements into the artwork.”

The group’s love affair with the pop-punk era of the late 2000s shines brightly on the overall embodiment of their work. And while they themselves don’t necessarily seek out to become the next emo-pop-era group, they’re aware their influence is markable on their soundscape. “We don’t intentionally create with the theme or spirit of ‘nostalgia’,” the group muses. “But this song was very nostalgic to our youth and helped us find ourselves in a lot of ways.

“When you’re a kid, your thoughts and feelings are very raw and earnest, and finding that again as an adult when creating was important.”

Drawing influence from turn-of-the-millennium staples like Third Eye Blind, Semisonic, and Sum 41, Morning Trips has found a way to incorporate what made time tick for them as teenagers, with enveloping a sound that is meaningful for their generational audience. “Visually, we were inspired by so much: New Radicalz, LIT, Semisonic, Sum 41, blink-182, the Tony Hawk Pro Skater soundtracks, Smash Mouth, Fall Out Boy…” they say.

“We Have No Time (For Now)” pushes the group sonically in an exciting new direction, with the band pushing themselves past their normal, and into a stratosphere that found them expanding on their already high-energy sound. “We did a lot of cool things producing this song,” Morning Trips explains, “Reamping the drums in this big church hallway to get this nice booming room sound, really messing around with the lengths of VST synthesizers. We did a lot of the vocals and guitars in house, but it took forever to finally finalize everything once we had a whole picture we were analyzing.”

Featured on the track is frequent back-up vocalist, Marilyn Lehman, whom the band affectionately refer to as their “fifth member.”

And in true Morning Trips fashion, the band cannot simply deliver a record of this caliber without a visual punch to the gut to amp up the excitement. “We Have No Time (For Now)” boasts an accompanying music video, highlighting the spirit of the song and the energy of the band.

“The music video, we did in house, literally,” they explain. “We put quite a bit of silver wrapping paper on the walls and wanted a very timeless, chrome look. The idea is we were a band traveling through time and playing on the ‘nostalgia act’ vibe but wanted to look completely timeless and fresh and the chrome served that purpose well. It was tons of fun setting it up with all our friends and making the idea come to life.”

As the band amps up for another stint on the road, preparing to hit the stages in a post-pandemic world, Morning Trips is taking the time to carve out their place in the pop sonic sphere.

This, right now, is their time.