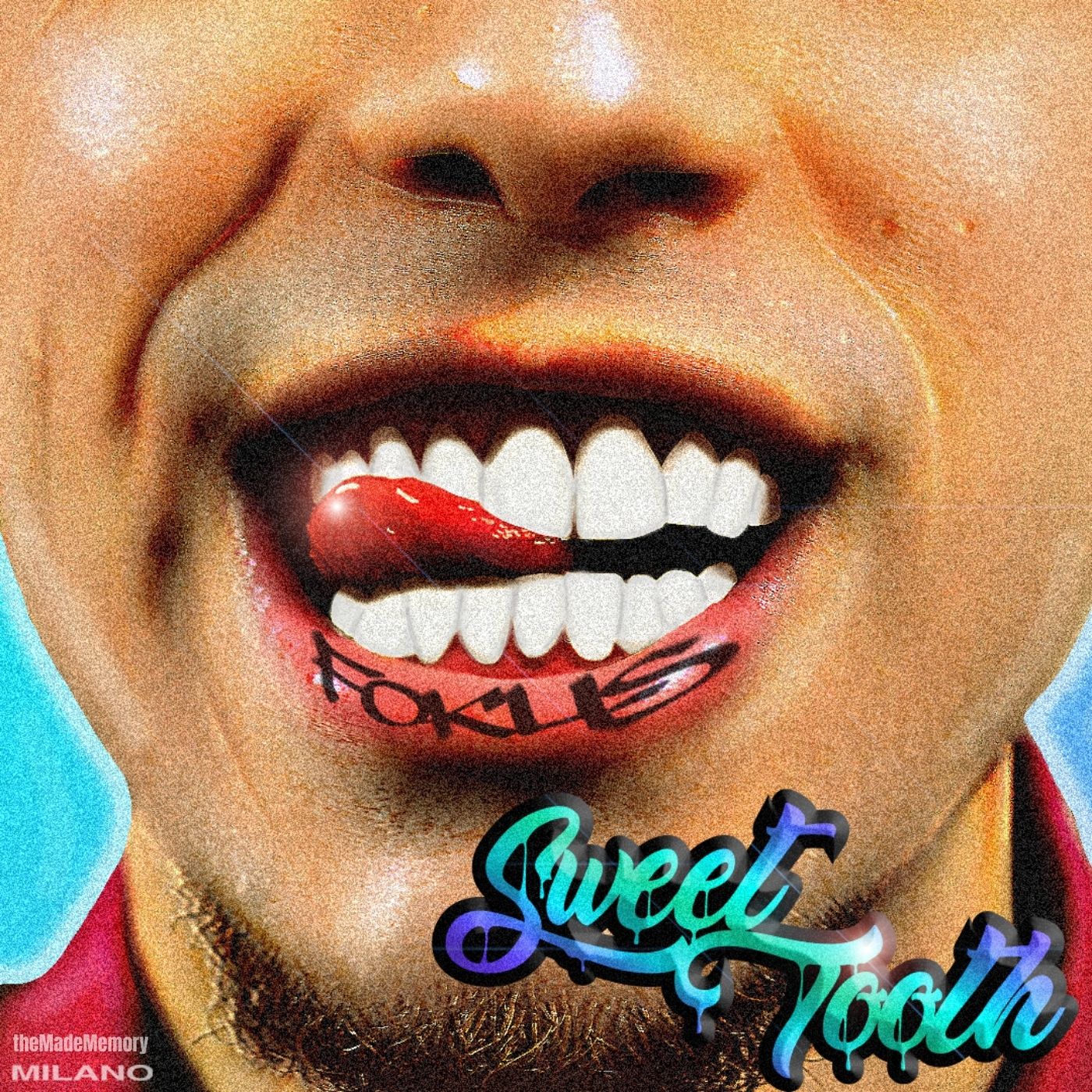 Set to savour the fruits of summer, Canadian hip hop/reggae/calypso artist Fokus is serving up his brand-new single, “Sweet Tooth”.

“As a Dancehall, Reggae and R&B artist looking to make music that will encourage my listeners to dance, I purposely made the concept of ‘Sweet Tooth’ very simple,” Fokus explains. “Basically, I portray my thoughts and observations of that woman who stands out in the crowd when going to the club, a party/jam, or what West Indians call a ‘fete’.

“In my lyrics, I explain how the woman who stands out in my eyes is one who is very subtle,” he continues. “One who is not trying too hard with her hair and makeup, but one who embraces her natural beauty, and does not care about what others think about her. She is there to enjoy herself, not to be judged or disrespected. This is the type of female I tend to crave for, in all romantic and intimate ways… Hence, my ‘Sweet Tooth’.”

The banger is set to be a summer standard; it’s a ‘boombox by the pool’ bop ready for a margarita in-hand.

With the beat produced by Yeong Chino, Fokus says he wanted to write a song that would get listener’s hyped for savouring the summer season. “I also wanted to instill positivity throughout this pandemic crisis,” Fokus reveals. “It had to be a song that listeners can vibe and dance to within their close circle, and get excited about for the season.

“There has not been much upbeat music released throughout the past year and a half,” he continues. “Just listen to what’s on the radio. I wanted to write something in terms of my experiences of just starting off my weekend, after that last shift of the week from a day job, heading to a dance party function, and seeing the type of woman I fancy being attracted to.”

Luke “Fokus” Uddenberg grew up in a musical household to a Jamaican mother and Trinidadian father who’s joint love of reggae, calypso, and pop were instilled early into the musician’s heart. Their blended musical influences left an indelible mark on Fokus’ creative desires and, within his first years of elementary school, he found himself finding outlets to hone his talent, and cultivating friendships with like-minded musicians who would go on to work jointly with him in his budding career.

Long-time musical partner and co-collaborator Emmanuel Addai (founder of NewClearSound Productions), has been a main-stay in Fokus’ musical tenure, having not only been introduced to the indie songwriter in high school, but also becoming an major influence in the beats, sounds, and vibe Fokus has become known for. Together, the pair joined musical forces with Dominic Giuliano (co-founder of SounDrive Records) for a stint while still teenagers. This friendship would reunite when Giuliano would link up Fokus and Emmanuel with gigs through his independent label during the pair’s 2016 drop “Homecoming King”, featuring Jermaine “JFreshaz” Chin.

Fokus’ keenly clever lyrics, and innate talent for spitting rhymes have gained him the attention and respect deserved for his well-crafted musical offerings. It was the 2016 release of “Whine For Me,” in collaboration with JFreshaz, that Fokus felt confident to lace his knowledge of Jamaican Patois and Caribbean influence into his writing and performing style. Raised with the dialect both at home and in his social circle, Fokus’ spin on his musical directive was met with praise and admiration from the Caribbean community. Fokus, Emmanuel, and JFreshaz were picked up by Carib101 on SiriusXM for an interview and airplay, and found themselves featured in TorontoCaribbean Newspaper summer of 2016.

Never one to shy away from a creative opportunity, Fokus would follow up the year with an EDM collaboration produced by Milan “Chromak” D’Agostini (founder of Music by Milano) after being introduced by Fokus’ cousin Brock Hewitt (Stories in Sound.) The “Voodoo” single featuring Fokus and Emily Marques dropped in 2017 alongside a subsequent music video.

After a brief stint at Toronto’s former EMI headquarters (now Universal Music), Fokus has collectively carried the experience and know-how to not only write, compose, publish, and market his music, but how to also package and deliver it to fans worldwide. Currently streaming on major platforms, the verified artist has spent the better part of the pandemic fleshing out the tracks for his solo project — including this latest release, “Sweet Tooth”.

Having spent two years injecting himself into the culture of Latin dance, mastering Salsa, Bachata, and Merengue music, Fokus has become determined more than ever to highlight and showcase the music of the West Indies and Latin America.

The imposed quarantine that surged the world in 2020 gave Fokus the opportunity to distribute his tracks, and bridge new collaborations for releases. “Homecoming King” can be heard on multiple streaming platforms, “Comerte a Besos” (an early mastered second single) was fully released by Emmanuel, and Fokus also worked alongside Leiro Dan Records of Jamaica to produce “Missed Call”; his third release of last year alone. Without skipping a beat, Fokus has two new tracks buzzing for fans — January’s release “Same Trust Back,” and the newly delivered “Sweet Tooth.”

With “Sweet Tooth” firmly locked on streaming sites for fans to absorb and enjoy, Fokus is working on his “tunnel vision” for 2021; enough released singles to comprise a total solo debut album. “I intend on reminding listeners in my music that, regardless of the global circumstances, there is still a life ahead of us we need to make the most of,” Fokus says.

That’s something worth craving with your “Sweet Tooth.”