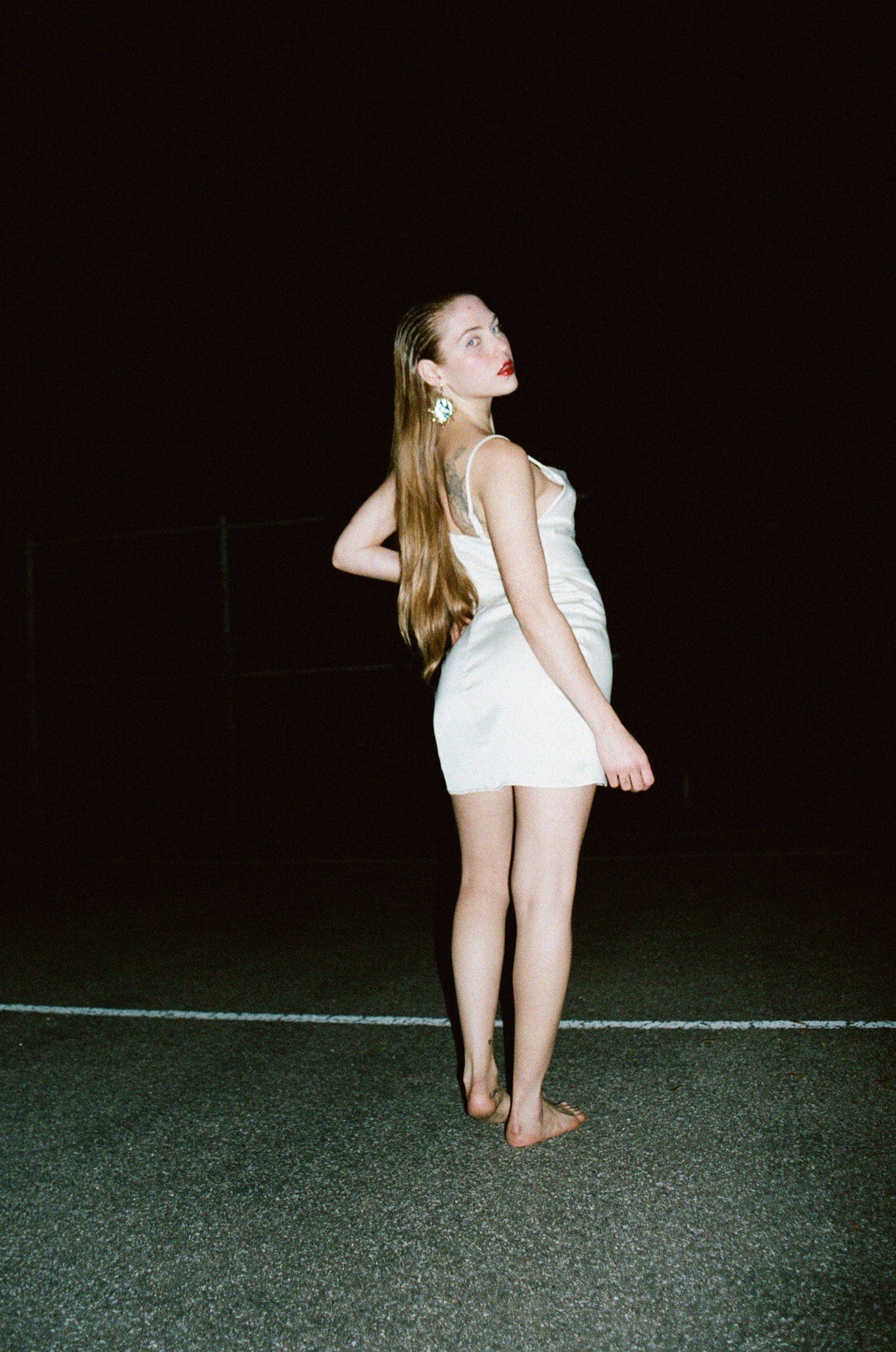 Toronto Electropop R&B artist Jordana of Earth has channeled her intuitively sensual and deeply introspective style into this, her newest single “Motions”.

“I wrote ‘Motions’ when I felt like I was falling for someone,” Jordana of Earth reveals of the track’s inspiration and seeming muse. “I wasn’t sure, though, if I was feeling true feelings of love, or just getting caught up in the excitement of a new person and convincing myself that it was something real.”

‘hold on, wait, in a way I feel like I’m just moving through all of the motions, and that this ain’t true’

“That line is meant to really illustrate a moment where I catch myself before I get too carried away,” she continues. “The song is, in this way, very self-aware, and I paint this picture that my self-awareness and doubt is some sort of gate, wall, or barrier.

“There’s talk about past loves, having been played and fooled by past lovers, and feelings of reluctance to get close to someone just to have that happen again. It’s about that tension that exists between a want for connection and that protective wall that keeps me from intimacy.”

The video’s concept was created from this line of creative processing, and the footage was something Jordana of Earth had a friend shoot on her old 90s camcorder. “This was all during a photoshoot, and I spotted this sort of broken-down tennis court; it drew me in by how vacant and abandoned it looked.

“Before I knew it, I just sort of started dancing and it turned into this whole vibe. In the original audio of the video, you can even hear her laugh and say, ‘are we accidentally shooting a music video?’

“But it worked. When I started to see the two pieces — the video and the song — as two halves of the same project, I began to see the fence as a symbol for that barrier of doubt between myself and true intimacy. The location, in being nondescript, displays itself only as being on the edge of something.

“On an emotional level, that’s exactly what ‘Motions’ is about.”

It’s within elements and interpretations of exactly this kind that Jordana of Earth occupies. “My vibe is altogether spacey and, at times, quite dark,” she offers of her intricate aesthetic that weaves elements of fantasy, science fiction, and art history into one multi-sensory experience. “There’s a hushed intensity.”

And it’s not just music; the adroit artist envelops a broad body of photography, video, sculpture, painting and mixed-media fine art work into her repertoire. “I started working with sound as a medium to enhance my other work but, over time, the music evolved into its own practice.”

“Motions” follows five previous singles this year, including her breakthrough debut “Leave The Light On.” Produced by Jeff Crake (DVSN), the track hit over 20,000+ streams on Spotify, and was featured on CBC Radio One alongside her June 2020 release, “Do U.”