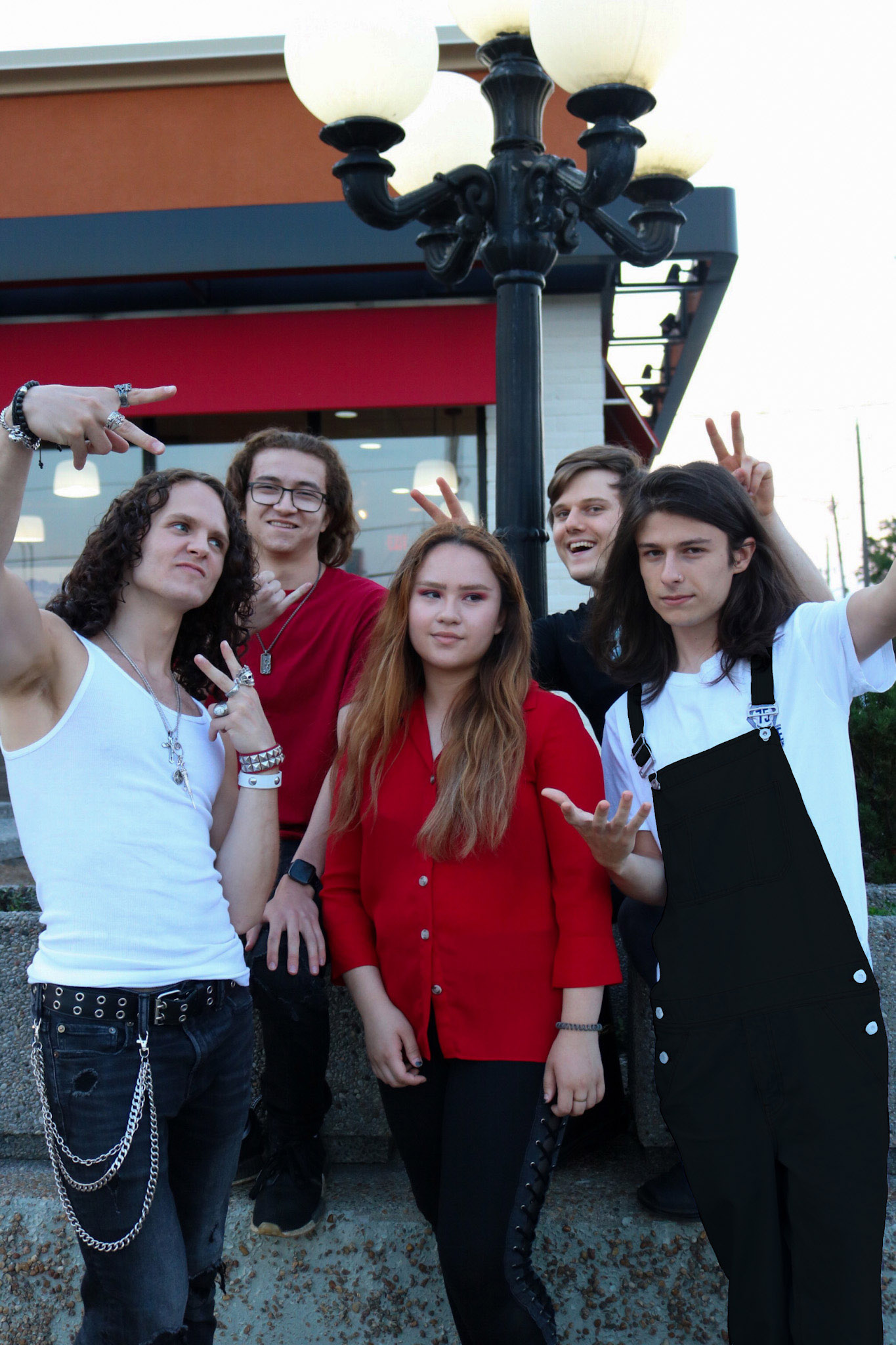 This Toronto-area supercharged indie group of 17-20-somethings are laying down tracks that could easily slide into soundtracks for the summer of ‘96 — and that’s precisely what they set out to do.

While most teens were sequestered to their bedrooms, their parents’ living rooms — the mundane and mediocrity of less to do, and even little to see due to the global pandemic of 2020 — James Marrin decided to get creative, and LST IN HLYWD was born. By the fall of that same year, the little-band-that-could grew to a four-piece, and finally rounding up to a five by spring 2021. And now the group has nowhere to go but up into a stratosphere built on the shoulders of their idols: Fall Out Boy, MGK, Chase Atlantic, among others.

What this group of resilient and resourceful youths were able to achieve during a two year full-stop on social interaction was utilize their Gen Z know-how and find ways to communicate and practice — mainly on Zoom calls. This stroke of genius allowed the newly-found band a chance to write, record, collaborate, and even play even before they’d ever stepped into the same room together. Alongside Marrin (vox/rhythm guitar), Catherine Carter (rhythm guitar/keys), Chris King (percussion), Yanko Mladenovic (lead guitar), and Calvin Thistle (bass) make up the totality of the group. Their first performance live, and together, finally happened in March of this year, months after their first online interaction.

Of their writing session, “Bittersweet” became their first fully developed song, completely brainstormed and fleshed out over Zoom. “The inspiration for the song came from a painting that Jamie’s girlfriend created with the word ‘Bittersweet’ in the background of it,” the band explains. “‘Bittersweet’ is a fun and upbeat song with a bittersweet twist at the end. It's perfect for parties, hanging and cruising with friends.”

The premiere of “Bittersweet”’s visual counterpart was specifically designed to appear as a homemade video, the essence of a fun and carefree teenage summer. “Most of the film came from real parties and get-togethers the band had all summer 2021,” LST IN HLYWD say, adding, “We wanted to create a fun video everyone can relate to especially as for the past two years teens have not been able to act like teens and go out and have fun due to the global pandemic. So we wanted to bring the good feeling of getting together with friends and having the ‘summer of your lives’ directly to our audience through the music video.”

Their upbeat bop rests neatly in the pop/punk/alternative soundscape formatively dominated by a variety of Canadian-turned-cross-over-big-leagues. From Sum 41, to Simple Plan, Billy Talent and even a smackerel of good ole Treble Charger vibes, LST IN HLYWD becomes both a nod to the past as they do an arrow to the future forward. And if “Bittersweet”, in all its good vibration summer-time anthem ways, is any indication what a group of youth can accomplish through the complexities and restrictiveness of Zoom meetings — imagine what happens when we unleash them unto the world.

For LST IN HLYWD, planning to drop their debut album in January of 2022 is their short-term goal. But one could easily predict global dominance as the one they should shoot for next.