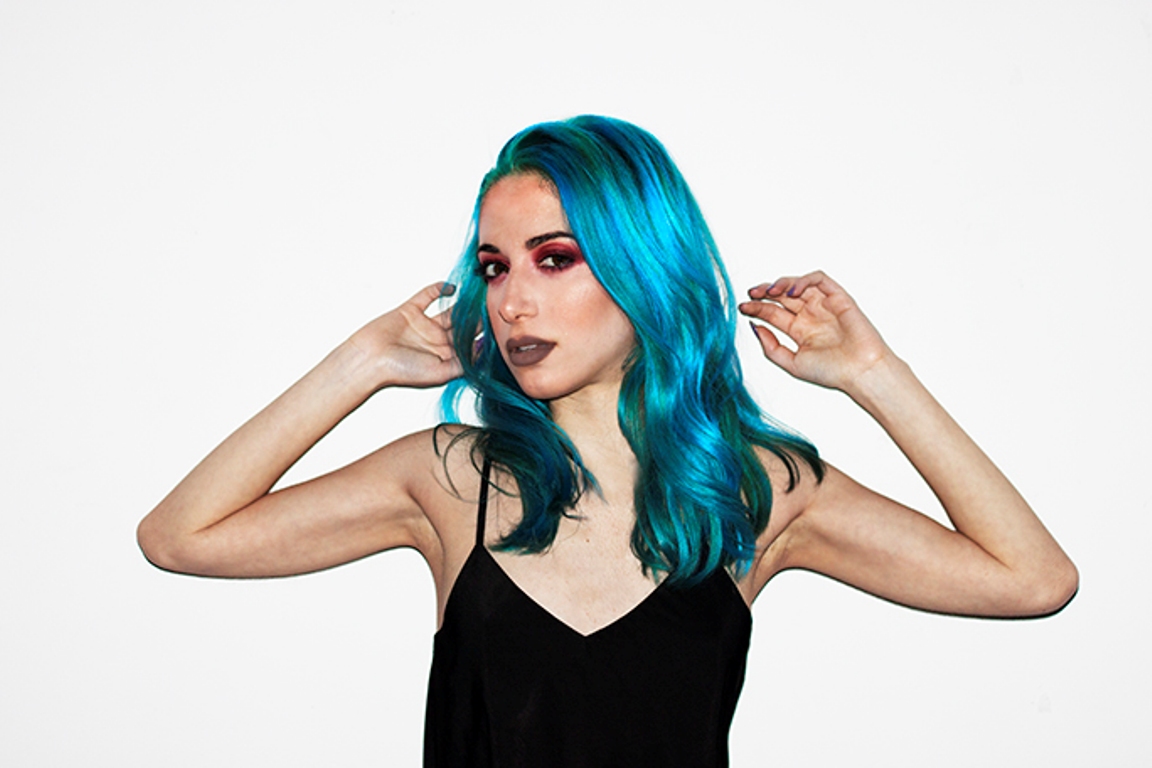 Multi-talented Canadian R&B pop dynamo SH3 dishes a heaping serving of “Gelato” in this, her newly minted video for the track — available now!

That said, that there’s even a video at all — let alone one so hot — for “Gelato” is unexpected; the single was never initially meant to be kept as her own.

“Just as many songwriters have, I had hundreds of song ideas recorded in my phone, just waiting to be developed,” SH3 — pronounced ‘she’ — says. “But then, my team NdroiDBeats encouraged me to make a folder of songs to be placed with other artists. Then, they challenged me to writing 100 songs in two months; I ended up doing it in six weeks.

“It was intense, but worth it.”

One of those was the track of the hour, “Gelato.” “I originally labelled it ‘Gelato Full Ref + Beat - Jeremih’ because that was the type of artist I envisioned on the song. I’m a huge fan of his writing and vocals, and the inspiration while writing ‘Gelato’ was ‘what would Jeremih sing?’

Watch and listen to “Gelato” here:

“But as I showed more and more people the demo, I kept getting similar feedback,” SH3 continues. “They said the song really suited my voice and I should release it on my own.

“At first, I was opposed to it because I didn’t feel the record truly represented who I was…. The songs I usually write for myself are more introspective and personal, whereas this was more of a carefree club track. It took many listens before I came to terms with the fact that this song is actually a part of me.

“I mean, I did write it,” she nods, considering the song’s full journey. “And the essence of the track rings true to who I am.”

As it would turn out, making the music video also took some inner convincing for many of the same reasons. “I didn’t intend to make one because, again, I didn’t feel it fully represented me.

“However, I had the opportunity to work with a really awesome director — Christian Bauer of 12 to 12 Productions — and I figured, why not. This is my first professional music video; all the ones I’ve put out prior were directed and edited by me. I figured at the very least, it would be a learning experience.”

With much of her recording happening during travels between her two home bases of Toronto and Tampa, Florida, the majority of the tracks were recorded with a Zoom mic on her laptop in Pro Tools.

“I try my best to be as resourceful as possible,” she says. “I feel limitations can bring out the utmost creativity.”

Nowhere is this best exemplified than styling for the music video. “I was my own stylist for the video, and the majority of my outfits were ordered from AliExpress.

“Anyone who’s ordered from there knows delivery time can be quite long, and I didn’t want to take any chances of things arriving and me not being able to make them work. For example, the white vinyl dress I wear in the masked scene ended up being too big for me, so I hand-sewed the alterations to make it fit. This was one of the many alterations that had to be made… It took me a few days, but it was totally worth it.”

This is just one of many areas SH3 serves as an inspiration and example of doing the work to get the job done.

No stranger to the struggles women face as they break into the music industry, it is no coincidence that, phonetically, her name is the female pronoun. (Notions like ‘music can heal the world,’ and ‘music is the universal language’ have resonated with SH3 so deeply, she decided to name herself after such beliefs; SH3 is an acronym for ‘sound healer’ followed by her favourite number, set with the intention of embedding the healing properties of sound in her music.) Not only a vocalist and songwriter, SH3 is a producer and engineer in a field that is heavily male dominated. “Representation is imperative in the pursuit of equality,” SH3 says. “I hope that making my presence known as a woman fulfilling these roles, other young girls can be inspired to do the same.”

Her walk matches the talk, and then some; upon receiving her Bachelor of Fine Arts Music degree from York University, she began writing professionally in the collective STARTAZ (Haley Smalls, Megaman), released LP Heart of Gold, and created Purpling Music Group, the company through which she releases all her solo projects. She’s worked with a lengthy list of artists, including Preme (f.k.a P. Reign), Yo Goti, Kristina Maria, Mark Pellizzer, and more, done a series of writing sessions with Kim Davies, and now-longtime collaboration team, NdroiDBeats; in 2019 alone, SH3 wrote and performed features on over 70 tracks for artists from all over the world.

In addition to features, she also includes harmony stacks to back them, for which she has quickly and increasingly gained notoriety; in 2017, actor/artist/photographer, Keegan Allen, best known for his role in Pretty Little Liars, personally reached out to SH3 to cover his single, “Million Miles Away,” acapella and in harmony, which he then reposted to his more than six + million followers on Instagram. In 2018, SH3 had the honour of working with legendary engineer Eddie Kramer as the additional vocalist on Toronto artist Taylor Abrahamse’s debut album.

At the beginning of 2019, SH3 released a cinematic-pop project with the New York/Baltimore band and boutique music licensing house, With Lions, entitled Far Reaches. The tracks are ambient and freeform whilst maintaining a pop element through SH3's writing and vocal performance, and has since been remixed by other producers including Cru the Dynamic and NdroiDBeats among others and released as Far Reaches, Reimagined. That same year, SH3 released her second solo project, H2 Zoom Voicenotes, which was predominantly recorded by SH3 on her H2 Zoom USB microphone. The project is a collection of demos written by SH3 and produced mainly by her and NdroiDBeats — including “Gelato.”