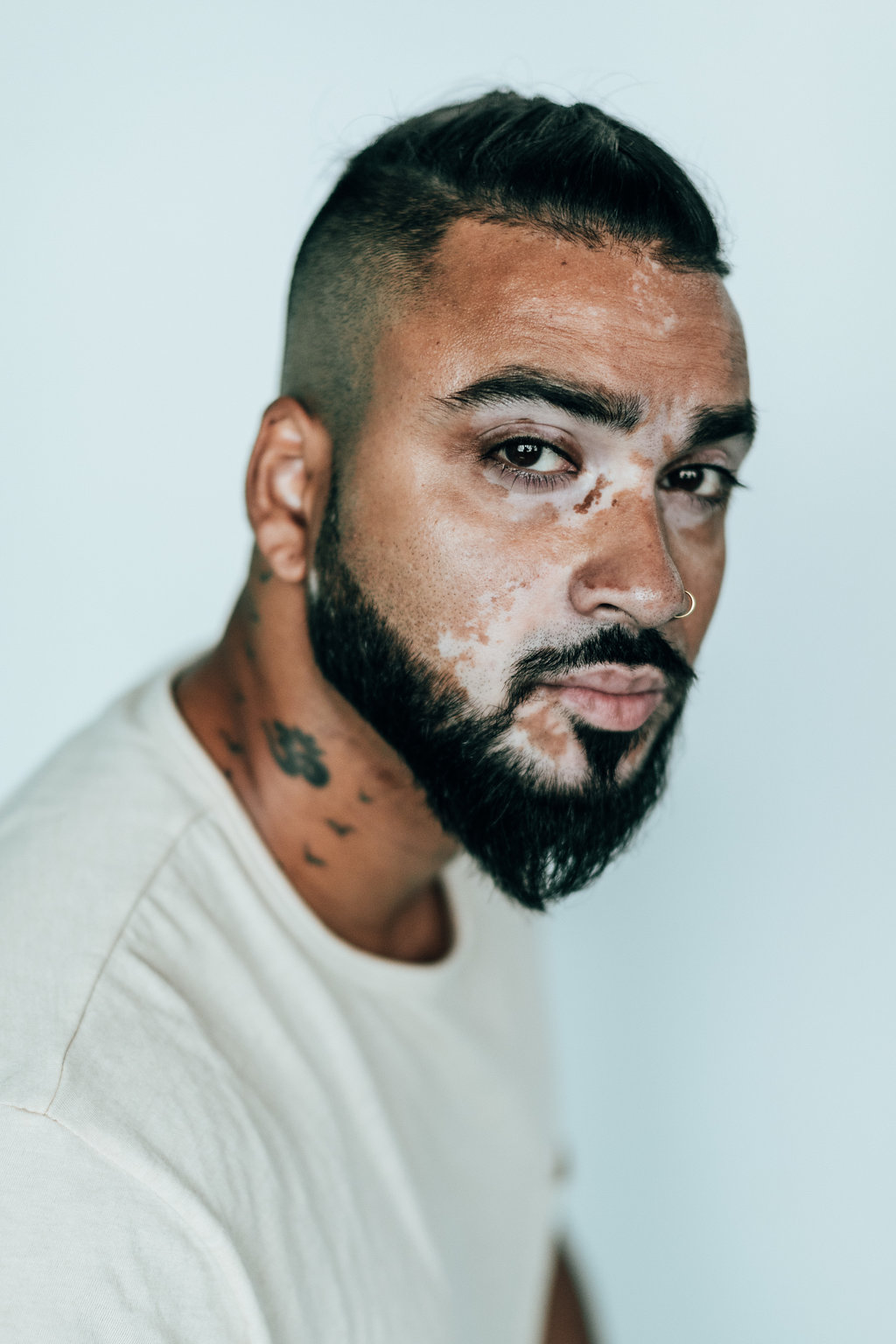 In this case, it’s themes of addiction, abuse, and mental health, and it’s a stunning revisit to Haran’s very real, very raw lyrical storytelling roots found throughout his breakthrough LP — Marcus Haran: A True Story. a Soundscape to in-Difference. (2018). The 10-track conceptual album of jazzy, velvet vox was rife with truth-telling, touching on his life story being a Parisian-born Sri Lankan refugee, having vitiligo, and painful childhood memories of being used as a drug mule, and experiences with depression and abuse.

“This is a tragic love ballad,” he offers of “Otherside.” “It’s me telling the story of a fatal attraction between two people in love, but also the relationship between someone and the addiction that loves them.

“Making the music video for this was an emotional experience for everyone involved,” Haran shares. “Especially the actors portraying the two main characters: some reactions weren’t always an act…”

Featured on CP24, Breakfast Television, and more, and in addition to Marcus Haran: A True Story. a Soundscape to in-Difference., singles released throughout 2019 - 2021 included “Hot Boy from Sri Lanka,” “Alejandro,” “Nike,” “Ski-Doo,” “K-Ci & JoJo,” and “Whole Ting.” Between them all, Haran deftly dips between styles with inherent ease, ultimately landing in a sound all his own.

“There’s the art and grit of Paris, and there’s the hip hop representing the street and cultural tones of my Sri Lankan Tamil heritage,” he explains. “There were tracks that were a ‘departure’ from my last album, a more fun, witty and clever side of me; I’ve let go of all my worries and neglects and created music in more of a dark, comical side that showed more of my sins, thoughts and upbringing.

“The new sound is Toronto. It is Canada. It is the world where everyone is welcomed.

“Although addiction, abuse, and mental illness in general are topics addressed in ‘Otherside,’ I also wanted to highlight recovery through understanding that there are options. My hope for this video is, if someone recognizes the situation, they can get help — whether for someone they love, or for themselves.”