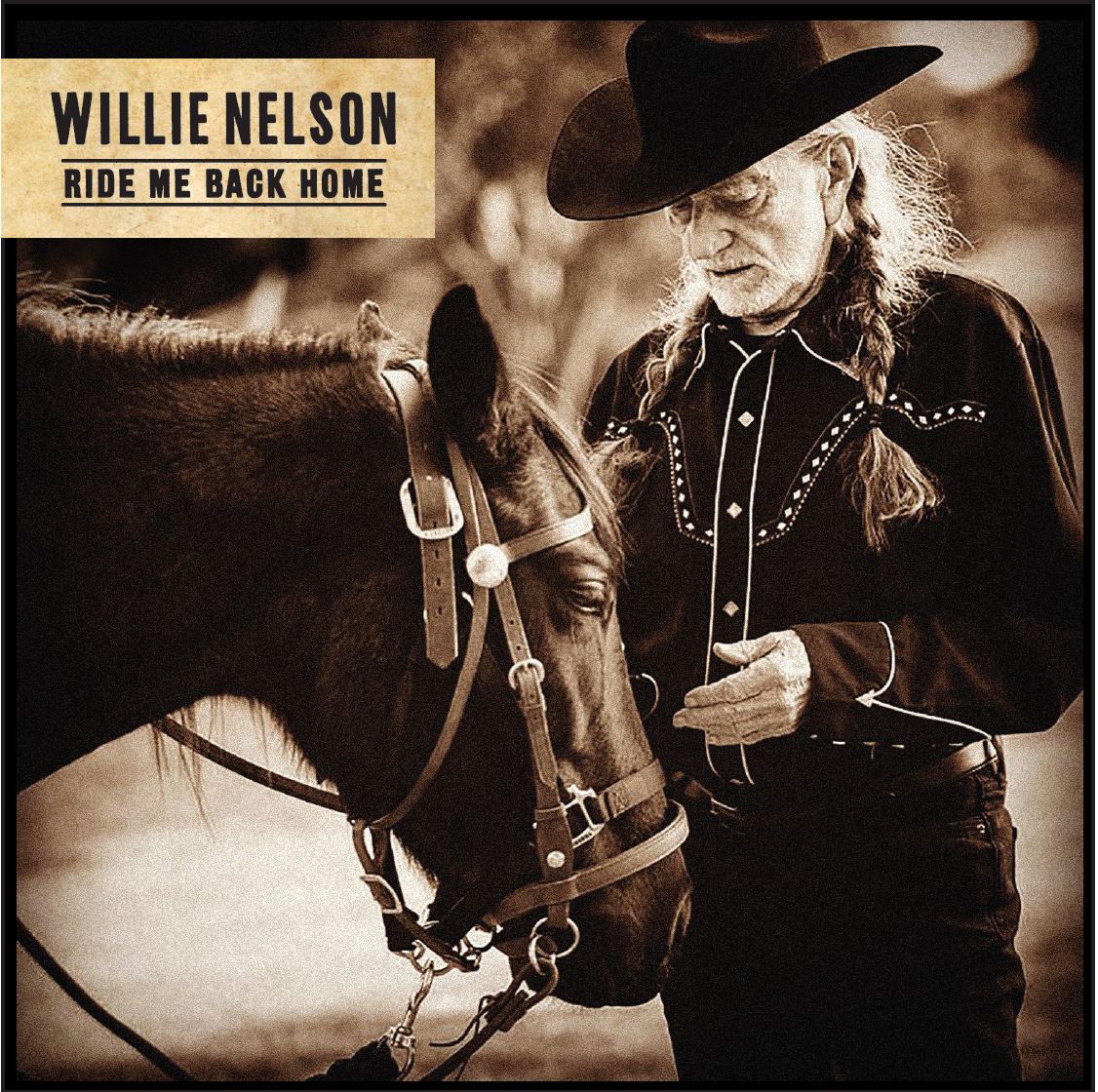 Willie Nelson, whose latest solo album Ride Me Back Home is due out in June, turned 85 years old today. During his storied career, the Texas native recorded a staggering 98 studio albums and 12 live albums, appeared in more than 30 films, wrestled with the IRS, tours relentlessly and advocated for farmers, bio-fuels and marijuana legalization.

For many years, Nelson's image was marked by his red hair, often divided into two long braids partially concealed under a bandanna. In "I started braiding my hair when it started getting too long, and that was, I don't know, probably in the 70's." On May 26, 2010, it was reported that Nelson had cut his hair, and Nashville music journalist Jimmy Carter published a photograph of the pigtail-free Nelson on his website. Nelson wanted a more maintainable hairstyle, as well helping him stay cool more easily at his Maui home. In October 2014, the braids of Nelson were sold for $37,000 at an auction of the Waylon Jennings estate. In 1983, Nelson cut his braids and gave them to Jennings as a gift during a party celebrating Jennings' sobriety.

In 1973, after signing with Atlantic Records, Nelson turned to outlaw country, including albums such as Shotgun Willie and Phases and Stages. In 1975, he switched to Columbia Records, where he recorded the critically acclaimed album Red Headed Stranger. The same year, he recorded another outlaw country album, Wanted! The Outlaws, along with Waylon Jennings,  Jessi Colter, and Tompall Glaser. During the mid-1980s, while creating hit albums like Honeysuckle Rose and recording hit songs like "On the Road Again", "To All the Girls I've Loved Before", and "Pancho and Lefty", he joined the country super group The Highwaymen, along with fellow singers Johnny Cash, Waylon Jennings, and Kris Kristofferson.

Nelson made his first movie appearance in the 1979 film The Electric Horseman, followed by other appearances in movies and on television. Nelson is a major liberal activist and the co-chair of the advisory board of the National Organization for the Reform of Marijuana Laws (NORML), which is in favor of marijuana legalization. On the environmental front, Nelson owns the bio-diesel brand Willie Nelson Biodiesel, which is made from vegetable oil. Nelson is also the honorary chairman of the advisory board of the Texas Music Project, the official music charity of the state of Texas.

Nelson is widely recognized as an American icon. He was inducted into the Country Music Hall of Fame in 1993, and he received the Kennedy Center Honors in 1998. In 2011, Nelson was inducted to the National Agricultural Hall of Fame, for his labor in Farm Aid and other fund raisers to benefit farmers. In 2015 Nelson won the Gershwin Prize, the lifetime award of the Library of Congress.In 2018 The Texas Institute of Letters inducted him among its members for his songwriting. He was included by Rolling Stone on its 100 Greatest Singers and 100 Greatest Guitarists lists.

In 2003, Texas Governor Perry signed bill No. 2582, introduced by State Representative Elizabeth Ames Jones and Senator Jeff Wentworth, which funded the Texas Music Project, the state's official music charity. Nelson was named honorary chairman of the advisory board of the project. In 2005, Democratic Texas Senator Gonzalo Barrientos introduced a bill to name 49 miles (79 km) of the Travis County section of State Highway 130 after Nelson, and at one point 23 of the 31 state senators were co-sponsors of the bill.  The legislation was dropped after two Republican senators, Florence Shapiro and Wentworth, objected, citing Nelson's lack of connection to the highway, his fund raisers for Democrats, his drinking, and his marijuana advocacy.

In April 2010, Nelson received the "Feed the Peace" award from The Nobelity Project for his extensive work with Farm Aid and overall contributions to world peace. On June 23, 2010, he was inducted into the Library of Congress's National Recording Registry. Nelson is an honorary trustee of the Dayton International Peace Museum. In 2010, Austin, Texas renamed Second Street to Willie Nelson Boulevard. The city also unveiled a life-size statue to honor him, placed at the entrance of Austin City Limits' new studio. The non-profit organization Capital Area Statues commissioned sculptor Clete Shields to execute the project. The statue was unveiled on April 20, 2012. The date selected by the city of Austin unintentionally coincided with the number 4/20, associated with cannabis culture. In spite of the coincidence and Nelson's advocacy for the legalization of marijuana, the ceremony was scheduled also for 4:20 pm. During the ceremony, Nelson performed the song "Roll Me Up and Smoke Me When I Die". The same year, Nelson was honored during the 46th Annual Country Music Association Awards as the first recipient of the Lifetime Achievement Award, which was also named after him. In 2013, he received an honorary doctorate from the Berklee College of Music. The following year, he was part of the inaugural class inducted into the Austin City Limits Hall of Fame. Also included among the first inductees was his friend Darrell Royal, whose jamming parties that Nelson participated in were the source of inspiration for the show.

With an incredible legacy and musical career, and a new album on its way, we can probably be confident that Willie Nelson will be ‘On the Road Again’ and if you see him just say ‘Ride Me Back Home.’