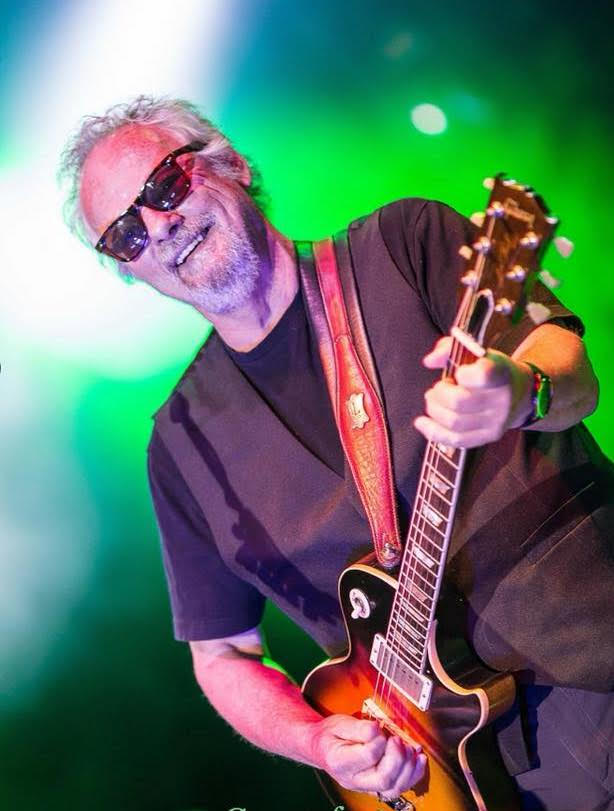 At 8:30 sharp the lights lowered and the four-piece band ripped into a Stevie Ray Vaughn instrumental, “Scuttle Buttin”, before bringing Myles to the stage to get things going. They started off with a solid version of “Goin'Down” with the band excelling and Goodwyn’s vocal strong and clear. One of the highlights of the early going was a killer version of a Jesse Winchester gem, “Isn’t That So”. Myles explained how he had met Jesse and even mentioned him in a song he wrote in April Wine’s first hit, “Fast Train” “I met a man from New York City, he spoke of things I've yet to find. A good man, driven from his homeland. Tryin' to find some peace of mind.“ What was so cool about that song choice was the fact that this was Goodwyn’s first appearance at Hugh’s Room and when the Room opened the first artist to play there was Jesse Winchester.  Goodwyn originals like “I Hate To See You Go ( But I Love To Watch You Walk Away)” were crisp and tight with a band that sounded like they’d been playing together for ages so it surprised some when Myles announced, “ This is only our fifth gig together.”

The name Myles Goodwyn is of course associated with the mega group April Wine but make no mistake Goodwyn comes by the blues naturally as he unashamedly explained to the faithful, “ I grew up poor. We had no running water, we had an outhouse on the hill, a two-seater! I didn’t know why and didn’t ask. My mom passed away when I was young so it was just my Dad and my two brothers and me. We used to heat up bricks on the woodstove and take them to bed with us at night to stay warm”.Myles explained how his dad would heat up galvanized tubs of water to bathe the boys and then he played his song “I Ain’tGonna Bath In The Kitchen No More” When it comes to the blues Myles Goodwyn can feel it for real.

Everything got kicked up a notch when Myles invited some of his musical friends to the stage. Guitarist Jack de Keyzer, saxophonist Richard Thornton and blues harpist Roly Platt tore up the stage with blistering licks that all blended perfectly together, a shout out to the great sound people at Hugh’s Room. The supergroup ensemble closed their portion of the show with a great version of the old chestnut “Sweet Home Chicago”.

When they returned to the original lineup, Goodwyn and the band kept the pace up with more great original tunes and tales of their creation. There is something in Goodwyn’s voice that draws people in. There is a familiarity in tone from the April Wine days but that’s where the comparison ends. The all-star trio of musicians re-joined the band for the encore, Goodwyn’sown “Daddy Needs New Shoes”. The show was two hours of great music with no breaks and it flew by. We all could have listened to another two hours. A great night was had by all, so if you ever get a chance to see this great band live to get yourself there. If not, order both albums as Christmas gifts! You’ll be glad you did.