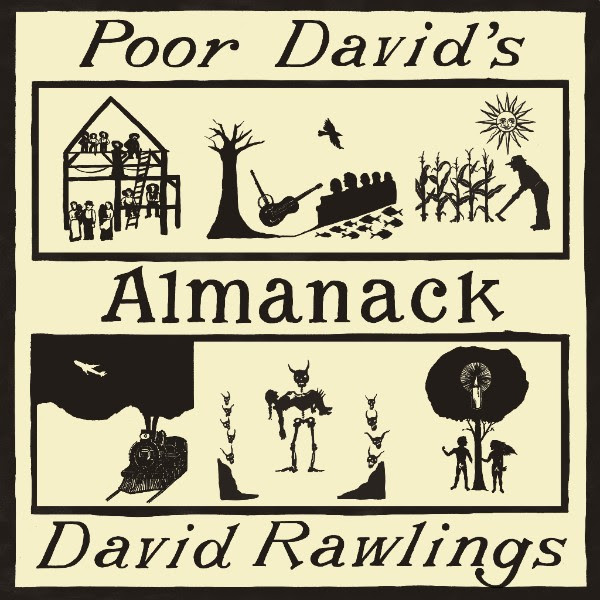 David Rawlings is quite the guy these days. A still youthful picker with an extraordinary command of the roots and traditional end of US country music, often now called Americana, Rawlings has been plying his trade for many years, always earning praise, accolades and generating interest in both the genre and his own, personal take on it all. Surprisingly, perhaps, he also remains firmly footed and rooted in a bubble of modesty and humility that, frankly, is a rare thing in modern-day Music City, Nashville, where he is based.

With a new album, ‘Poor David’s Almanack’, a genuine solo effort, due to drop in a few weeks time, he is relaxed, confident and satisfied with the result of his own writing and recording that features his long-time music partner Gillian Welch and is produced and released on their joint-enterprise label, Acony Records.

Rawlings has long been recognised and acclaimed as one of those singular guitar pickers who has his ‘own’ sound, a rare distinction in a world of wannabe guitarists. Asked where it originates, he seems momentarily bemused, surprised to be asked and disarmingly phased, if not pleased, by the very thought: ‘I just try to play things my own way. I don’t try or have the ability to copy others. I like to think I learn from other players, but in reality I just play the way I play. I worked out a way of playing that worked with Gillian (Welch.) We play together, a friendship, where we each try to catch a feeling, a mood, a combination of notes that expresses a feeling,’ he says. ‘I never had the ability to just copy other players. With Gillian, I try to share a mood, maybe different combinations of notes.’ 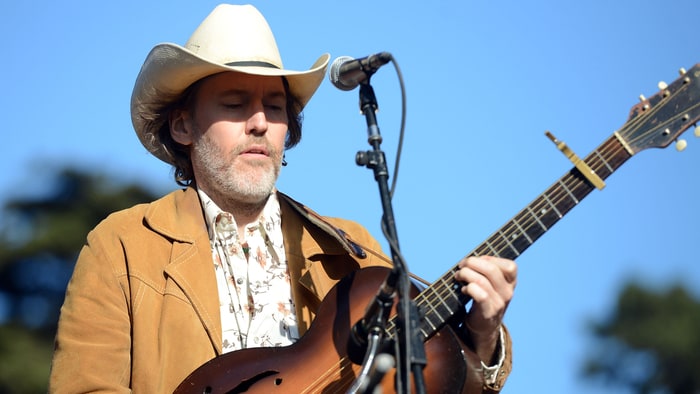 Rawlings is also noted for the use of his 1930’s Epiphone archtop guitar, a vintage instrument seldom seen these days and certainly favoured by few: ‘I love its tonal range, a place between G’s lower register and bass that fits real well with the band. (David Rawlings Machine). It allows me to add colour and it also serves what I play in most cases. I’m a singer who plays guitar that mimics the voice.’

And with the new album, leaning heavily towards and featuring traditional sounding songs and lyrical styles, Rawlings adds: ‘The songs (all written by Rawlings) are in traditional forms but all share a feeling that might be different, a natural progression.  I started playing when I was about sixteen and took to it quickly. I knew that was what I wanted to do, to become good enough. Looking at influences, I must say Norman Blake. I’m a huge fan and learned to flat-pick from his records. Norman will start a piece that then becomes kaleidoscopic in style that is wonderful.’

Other influences include an eclectic mix, with the Smiths coming as something of a surprise, perhaps: ‘I loved their fun style. And Johnny Marr was always interesting and different. There’s Willie Nelson, in a different way; and Chet Baker, a master of creating tension while remaining full of colourful soloing. There’s always a sort of suspenseful feeling there. I hear it in Neil Young too, at times,’ he laughs.

‘I think tension in the music is important. I guess I try to play guitar like, say, Dylan plays harp. I’m not too concerned about the key – maybe it’s in G with a D harp – it’s a sound that’s important. It’s all about using the instrument to create a feeling, to give emotion. It all comes together like a car moving.’

Rawlings confirms the importance of other Nashville musicians in his apparent success, singling out Americana/Country siblings Tim and Mollie O’Brien in particular for their help, support and belief in both he and Gillian Welch at the beginning of their Nashville careers: ‘Gillian had written a couple of songs, one was covered by Emmy Lou Harris, including ‘Orphan Girl’ and ‘Witchita.’  Tim and Mollie both worked and recorded them first, I think. It was our first flush of success,’ he adds. ‘It gave us the confidence to get out there and showed us we could do it ourselves and pushed us into a challenging place where we had to think and work at a higher level.’

With his own jointly owned record company at Acony Records, Rawlings has turned his hand to producing too and confirms he enjoys that process though it does eat into his time: ‘I enjoy producing records, it’s great to get involved in other projects though I have a tendency to become so wrapped up in it that everything else gets neglected,’ he quips.

Rawlings will be taking to the road soon, touring extensively in the USA and also Europe early next year, including Netherlands, where he says he’s always had a great time with great audiences and support from his fans.