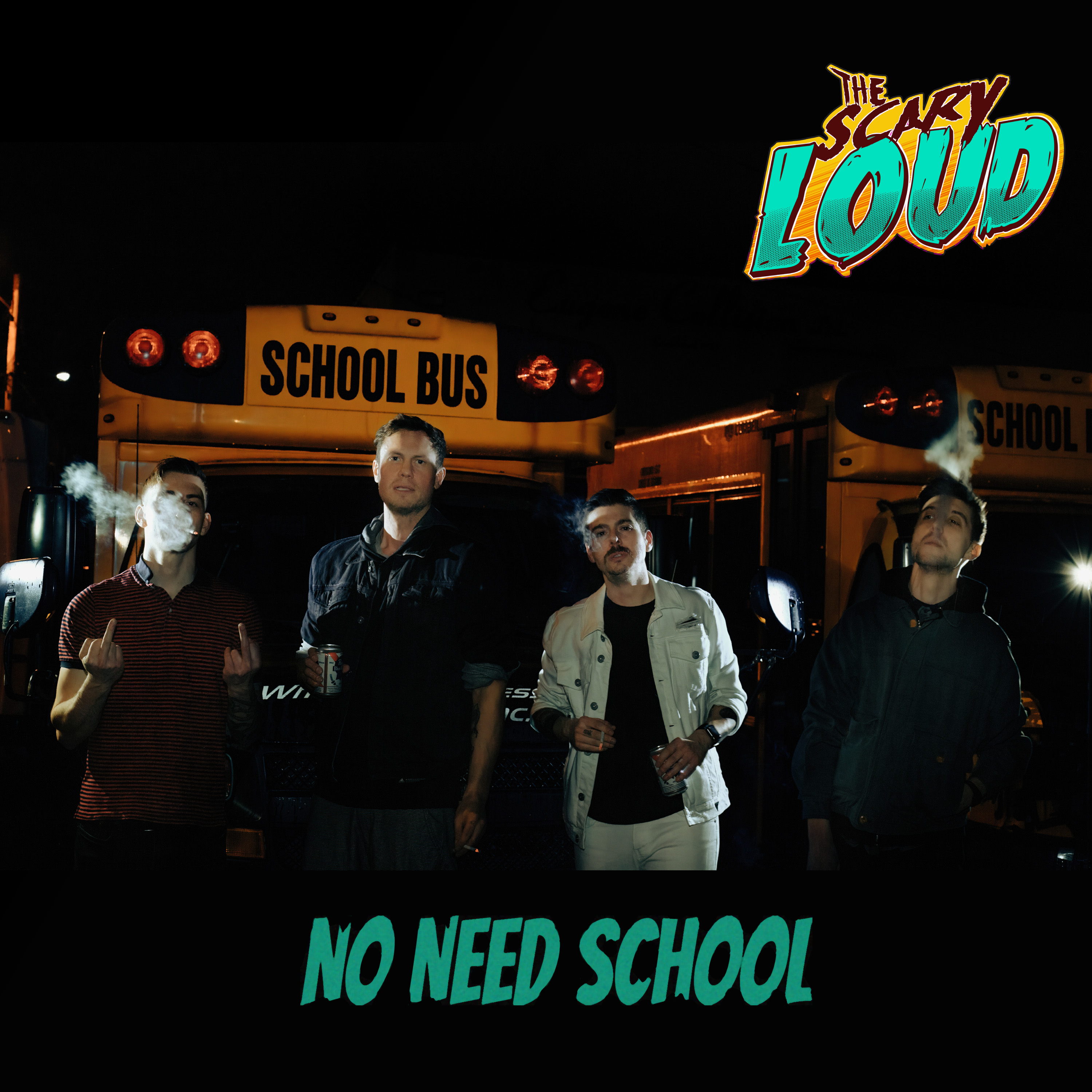 Toronto-based power pop band The Scary Loud split the earth with their heart-pounding song about exposing the redundancies and weaknesses of the education system on their electrifying new single, “No Need School”:

An outright rejection of the established order, “No Need School” is a visceral interpretation by The Scary Loud of the failures of government-run learning institutions. They are the latest in a long line of artists who have criticized the established educational order, such as Alice Cooper and Pink Floyd — while lending a bend towards going your own way, frontman, vocalist and guitarist Scotty Komer (producer; Silverstein, Protest the Hero, Zach Oliver) reveals.

“I wrote the song to be a bit of a ‘follow your dreams’ and ‘don’t listen to what you’re told is the proper path to a future’ kind of message,” he shares.

As a rush of sound hits the ears, The Scary Loud makes an unmistakable impression with top-notch production quality and a sonic intensity that fills any room. Make no mistake: this is a big fuzzy guitar band that builds on a foundation of vintage guitar amps to a loud, punishing rock sound; heavy drum and bass performances merge to form the gritty backbone of the band, while refined guitar riffs and soaring vocals propel The Scary Loud into the musical stratosphere.

Check out The Scary Loud on Spotify here: open.spotify.com/track/2TtMsz9uyxrdT0OQFxUv9N?si=a380a5f849ec4709&nd=1

All of the rhythmic composition within “No Need School” serves to convey the message and hit listeners with hard truths about the tedious reality of school systems. The song also goes into how institutions negatively affect the perception of students well after they leave the classroom.

Founded by Komer, The Scary Loud is comprised of various members of Canadian punk and hardcore bands such as Boys Night Out, The Pettit Project, Love You To Death, and Twin Rivals. The rhythm section is provided by drummer Sean Balestri and bassist Connor Lovat-Fraser, while lead guitarist Joe Baldasio rips his axe to shreds. This eclectic group of artists forms an act greater than the sum of their parts and is a harmonic force with a bright future.