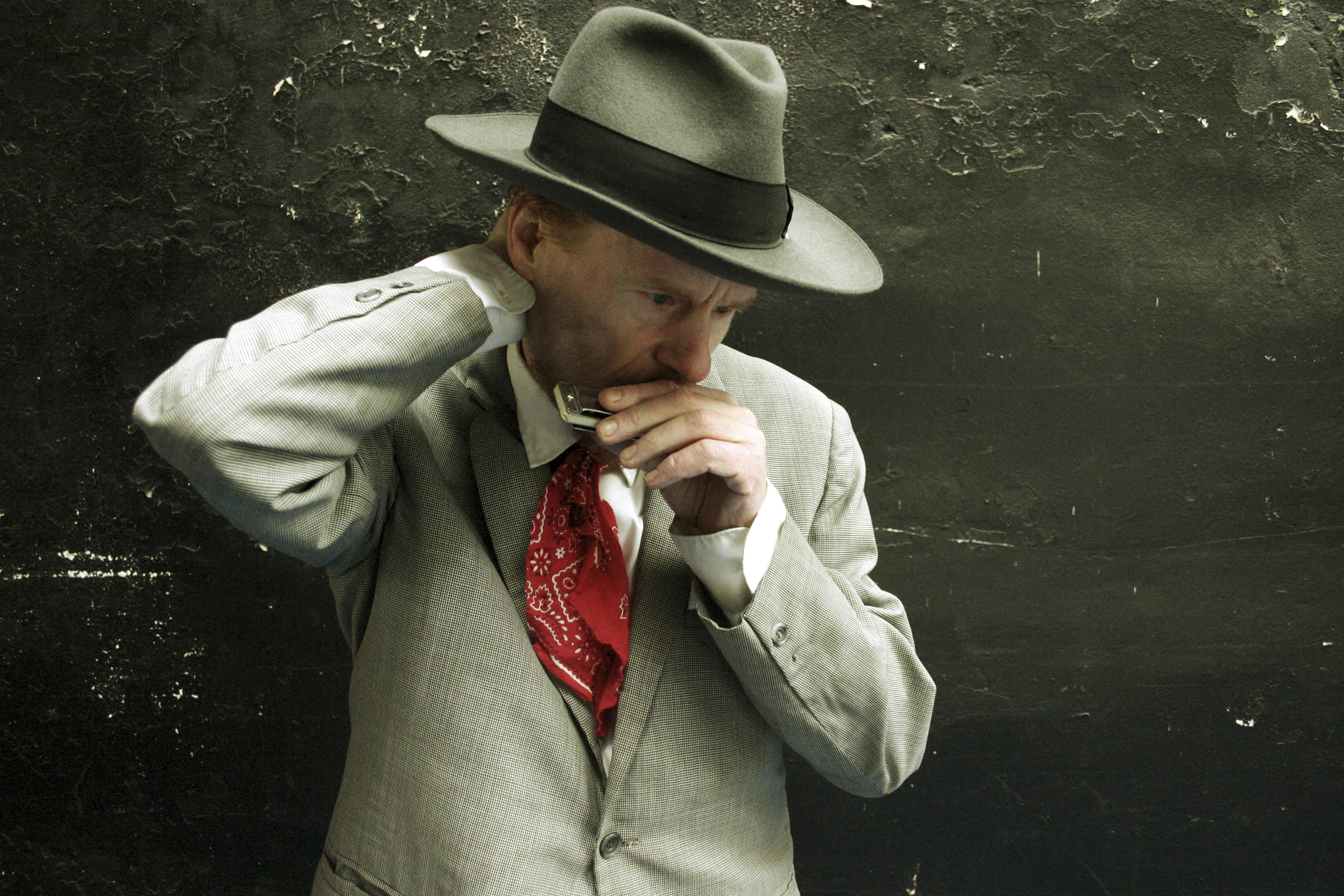 If you’re Son of Dave, that’s not just a hope, that’s a promise. The international blues mover and shaker, also known as Benjamin Darvill, is heralding his return home to Canada with the get-in-yer-bones new single “Someday Soon” — available now alongside his much-anticipated 10th album, Call Me King.

After 24 years of living and making music in London and relentless global touring, this one-man harmonica and beatbox party is back home again in his native Winnipeg and ready to blast out his unique brand of less-is-much-more, funky and inventive rhythmic blues. That blues thump bump and wiggle are back in his stride on his 10th album of classic Son Of Dave harmonica beatbox bluesman vibes. The ten, self-written tracks on Call Me King are a tasty, groove-laden buffet of meaty rhythms punctuated by Son of Dave’s stellar harp riffs and melodies.

A sense of wry humour and sly winks come out in his lyrics and song titles like “I’m Going Monkey For Your Love”, “Waste Time With Me” and “Wild Wild You”, along with some pointed shade thrown at the ethics of modern media in “F the Daily Mail”. Son of Dave’s upcoming album is definitely gonna “Kick Your Butt”, the track title even says so.

“Someday Soon” is the fourth single release in advance of Call Me King and only Son of Dave would make a powerful, groovy single with just Chicago blues harmonica and a conga drum. That’s all that’s needed to get the point across that he’s home alone and more than ready to break away and get out on the town.

These four walls can't hold me back
I'm going out, just deal with that
Someday soon, I've got to get together with you

“It's about going out and getting together again, a universal theme for all who've felt isolated over the last years,” says Son of Dave.

After a couple of years filled with pandemic-necessitated isolation, many of us can certainly relate to that sentiment.

Son of Dave has been writing and recording music since the early 90s with over 50,000 in record sales to his credit. He’s taken his famous, one-man-band show across five continents for over 1400 shows. He’s appeared mainstage at festivals like The Big Chill, Bestival, Glastonbury, Montreux Jazz, The Big Day Out, and more, and also supported huge names like Iggy & The Stooges, UB40, and Supergrass, to name a few. He’s also hosted a long-running program on Soho Radio in London, playing curated selections from his extensive collection of 45rpms.

His songs have received frequent radio play throughout England, France, and Italy, and they’ve also been featured on many television and film soundtracks including series Breaking Bad, True Blood, Preacher (AMC), Gossip Girl, and the movie License To Wed (Robin Williams).

And before all this, he was a member of GRAMMY Award-nominated Canadian superstar band Crash Test Dummies for 10 years.

Son of Dave got his start in the blues and biker bars in Manitoba and now, this progressive, unique and super funky artist is back full circle after circling the globe and amassing millions of fans.