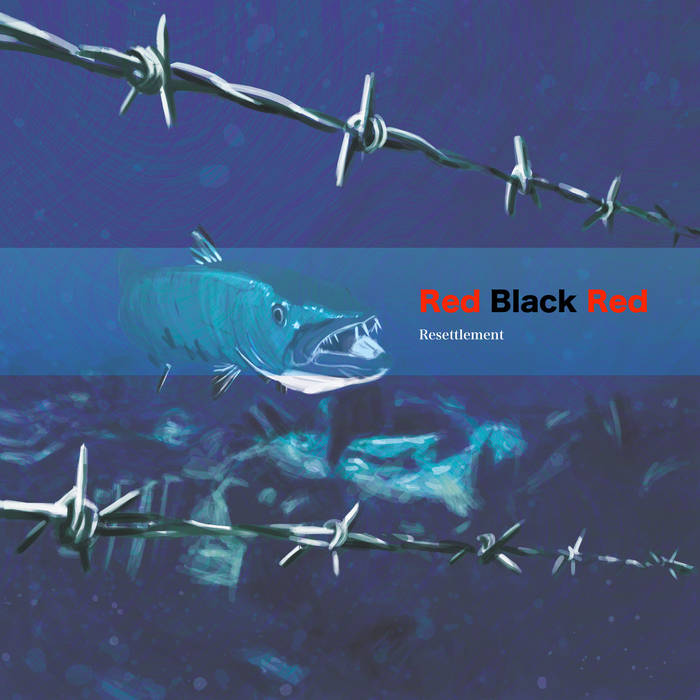 There’s a lot of fire and fury released over the course of Red Black Red’s debut, Resettlement, but the album’s eight songs are full of intelligence and thoughtfulness as well. The clear strands of alternative rock and electronica coloring the release is masterfully orchestrated from song to song and Enrico Fernando’s songwriting and performances alike can rarely be accused of repeating itself. He gives the audience a different look, virtually every time out on Resettlement without ever stretching too far and overextending listener’s credibility. The lyrical work going into this album is a, perhaps, surprisingly successful component in Resettlement’s mix and the songwriting is often inspired by the immigrant experience in the United States and the challenges many of those individuals and families face in modern America. The treatment, however, is never too ponderous and the production frames Fernando’s message in the polished, professional light.

“Kindness” opens the album with one of its best combinations of the electronic and guitar-centered sides of Fernando’s personality and has one of the album’s best lyrics. Fernando, as a writer, possesses the rare ability to make the universal personal for listeners and writing about the subject matter in a timeless rather than headline dominated way. The experience of the outsider is a popular theme in literature, theatre, all the arts, and it finds one of its best recent explorations with this release. “Kindness” kicks it off in memorable fashion. The mood of the album grows decidedly more threatening and intense with the second track “The Scientist” and the musical strengths of the song are largely defined by the torrential blasts of guitar scalding the song’s texture. Fernando’s voice gets close to the same heights we hear in the guitar, but a central feature of the album is how Fernando’s voice maintains a level of musicality despite whatever’s going on around him. “Debris” has a muted effect in comparison and the confident mid-tempo movement of the tune has a surefootedness that sounds every bit as comfortable with Fernando as his other musical faces on the album. The lyrics, as well, definitely rate with the opener for quality.

“Dream in Fevered American” has some unusual surface textures, but a closer listen to the tune reveals its one of the album’s more traditional and direct moments. What sets it apart above all else, however, is the singing and writing performance from Fernando that arguably reaches a high level than before with this track. There’s a more traditional thrust to the song “Black Pearl” and the guitar sound is especially memorable with a varied sound that shifts the song’s mood virtually at will. It’s never a disconcerting experience, however. The title song “Resettlement” is cut from a similar mold, largely focused on flexing alternative rock muscle, but there’s enough of Fernando’s electronic flair coloring its changes that it never feels like he’s straying too far outside his comfort zone. The finale “A Blessed Day by the Ocean” is a mercilessly structured tune powered by stark, unforgiving dynamics – the relentless churn of the electronically driven passages gives way to the near hushed intensity of the verses. There are major and minor surprises found throughout Resettlement and the collection possesses an underlying intelligence quite different from most releases.