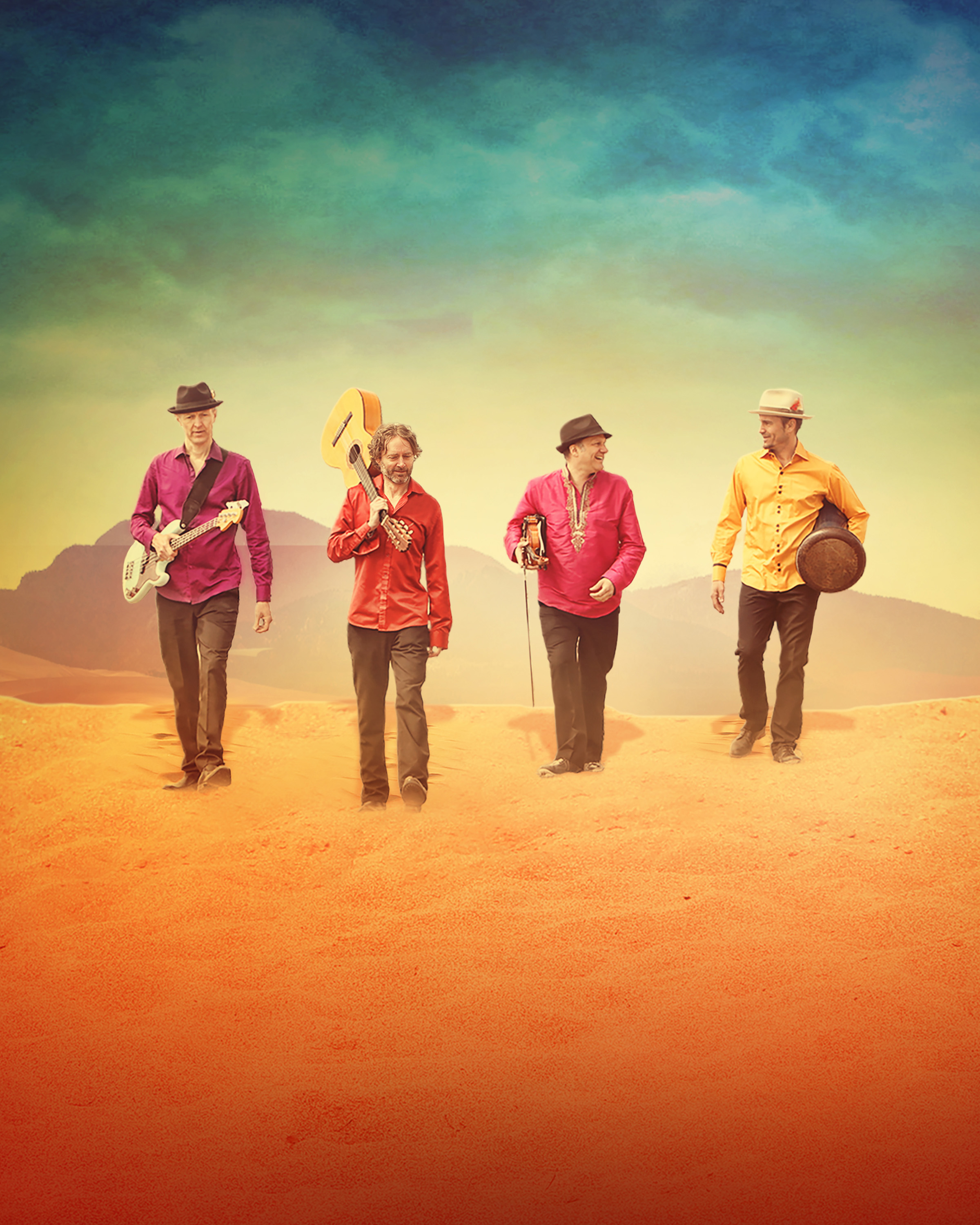 “I just added my soul into the track.”

ABOUT SULTANS OF STRING & REFUGE

Sultans of String are sharing the wealth. In more ways than one.

With their historic and visionary seventh album Refuge (released March 20, 2020), McKhool and co. bring their unique brand of musical synergy and collaboration into the studio like never before. Their most ambitious, diverse, inclusive and passionately political album, Refuge puts the Toronto-based Sultans face-to-face with a VIP roster of artists from around the globe — including American banjo master Béla Fleck, Israeli vocalist Yasmin Levy and others, like Iraqi violinist Imah Al Taha and Iranian santur master Amir Amiri, who have fled the peril and persecution of their homelands for the safer shores of North America.

Sultans of String have never taken the easy road. Since releasing their debut album Luna in 2007, they have continually strived to make each chart-topping album more original and meaningful than the last. That includes working with an orchestra (2013's Symphony), teaming with Pakistani sitarist Anwar Khurshid (2015's Subcontinental Drift) and even crafting a world-music holiday album (2017's Christmas Caravan), which landed them on the Billboard charts and the New York Times. Their ambition and work ethic have garnered them multiple awards and accolades, including three JUNO Award nominations, first place in the International Songwriting Competition (out of 15,000 entries), three Canadian Folk Music Awards, and countless other honours.

Their live resumé is similarly stellar. Equally at home in a concert hall, jazz club or festival setting, the Sultans have gigged at the legendary club Birdland in New York, the renowned Celtic Connections Festival in the U.K. and the San Jose Jazz Festival. They have performed with symphonies across Canada and the U.S., and played live on BBC TV, Irish National Radio, World Cafe and SiriusXM in Washington. No matter the venue, the goal is the same, McKhool says.

"I've always wanted our concerts to be a place where everyone feels welcome. I want to reach out to diverse communities to say, 'Come out and enjoy music with us — you're going to have a really good time.' And it's great to see people from, say, the South Asian community mixed in with the hipster crowd. Or to play some very small towns where they might not have heard a sitar played live before. It benefits society as a whole, to have people from around the world blending their ideas, mixing their cultures."

And sharing the wealth.