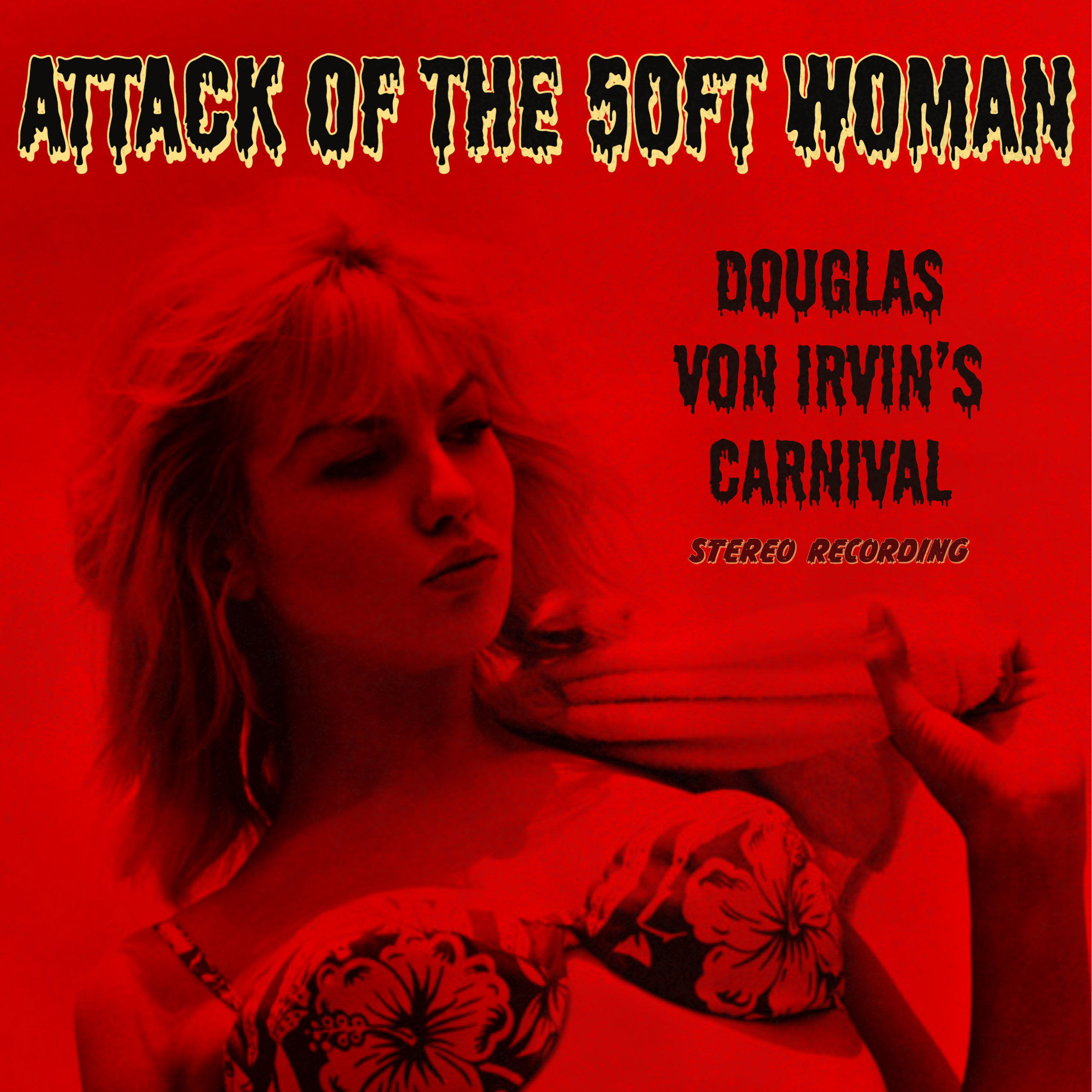 Step right up: there’s been an “Attack of the 50ft Woman” at San Francisco/Toronto-based Douglas Von Irvin’s Carnival, and admission to show is just a stream away, thanks to their new dizzying-pop alt-rock synth-bop of a single – check it out on YouTube here:

Douglas Von Irvin’s Carnival (DVIC) are back with their latest drop, and the upbeat banger is everything you’d expect from the monster garage-pop duo of the mysterious — but friendly — Von Irvin and his constant counterpart and ‘spiritual advisor,’ Dave “Dr. Prycenstein” Pryce.

The collaborative musical partnership making up the foundation of DVIC is a fusion of eclecticism in sound inspiration, horror movies, and brilliant escapism that leaves the listener in both wonderment, and want of more. Their earliest beginnings found them on a dimly lit stage in Vegas, alongside Paul Stanley, and their instant chemistry brought Von Irvin and Prycenstein to the doors of Producer & Drummer Matt Starr (Ace Frehley, Mr. Big). Together, DVIC, with Starr, masterminded an EP of five singles throughout 2020-2021.

Back with “Attack of the 50ft Woman,” Von Irvin recalls his collaborators Dr. Prycenstein, Matt Starr and he “decided to continue writing and recording remotely just like everyone else” over the past two years.

“We started a handful of songs, and then Dr. Prycenstein sent me one of the most beautiful melodies on a guitar I’ve heard in a long time with an arrangement,” he adds.

That track became the soundscape for “Attack” — a tune inspired by Von Irvin’s own real-life run-in with a “red-faced, screaming, angry woman” he was challenged by in online group therapy.

“The Zoom situation reminded me of some crazy sci-fi movie where someone on earth tried to calm down a crazed astronaut that has gone mad over a radio, but can’t because the distance of space is in the way,” Von Irvin explains. “‘Attack of the 50ft Woman’ was a 50’s movie that featured a couple with the problem of their size difference, as the space in their way to stay married.”

His aggressive lyrics juxtaposed with the bed of Dr. Prycenstein’s arrangement of riffs, hooks and melodies produces a beauty of a track; one that aches with pain in yearning, but sonically optimistic and upbeat. Von Irvin says “Attack of the 50ft Woman” would have remained a torch song, until Dr. Prycenstein’s contribution. “I felt melancholy and at peace writing lyrics about how peaceful and tender it can be to surrender and let go of a love that’s not working for both lovers.”

Following the track’s debut in February, Douglas Von Irvin’s Carnival plan to bring the party to England for a string of acoustic sessions and radio appearances. And they’re giving each of us tickets to the carnival to see the sights, hear the sounds and marvel at the “Attack of the 50ft Woman” along the way.