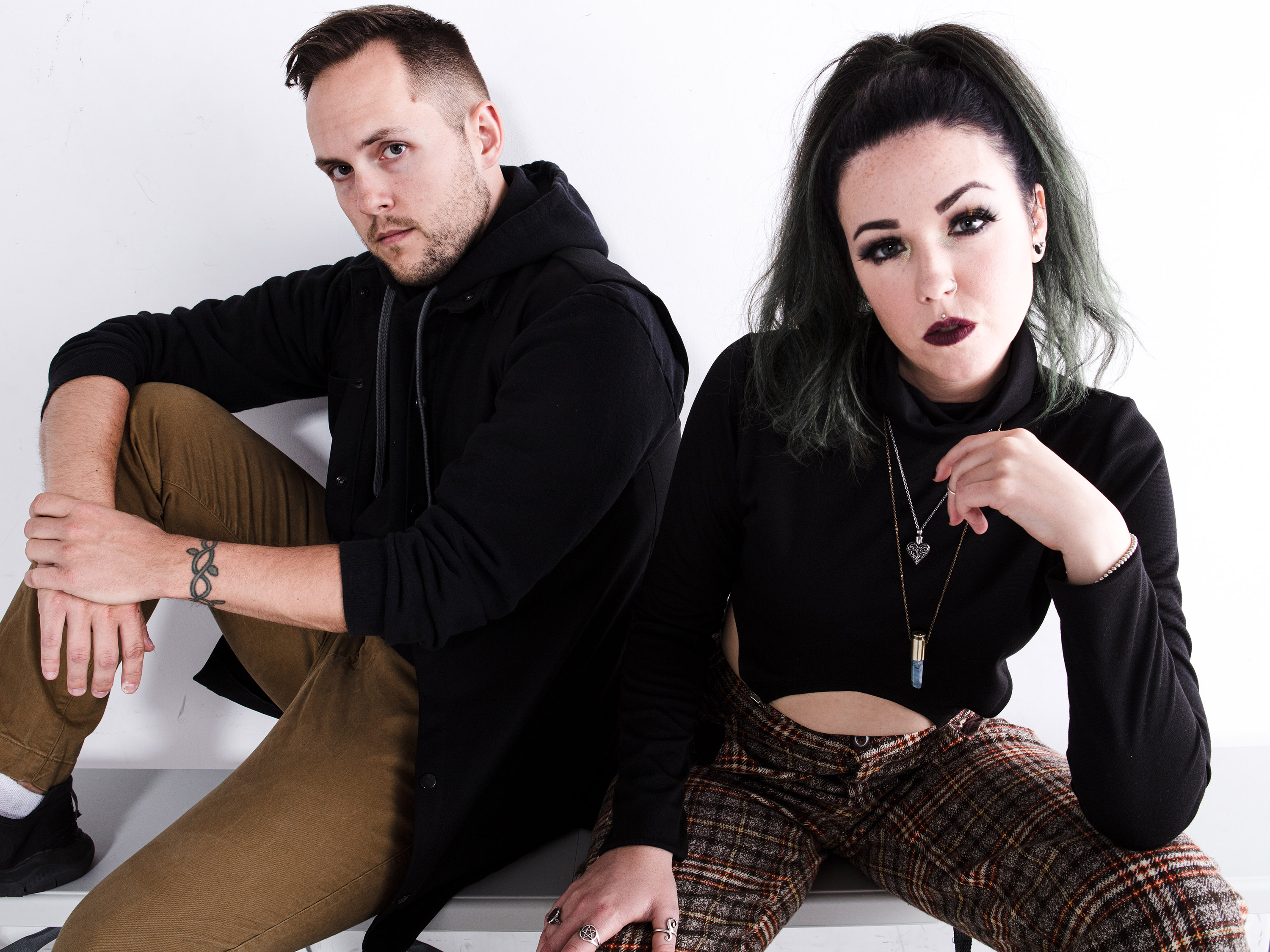 Alt-pop new wave rockers Evil Tongues are delivering a synth-infused message in a banger bottle with the release of their new single, “Fine”.  Check it out on YouTube here:

The debut drop from the Canadian duo was born of the global pandemic that pushed the pair to the top of their songwriting prowess. “Fine”’s lyrics evoke a somber, devastated Jennifer Di coping with isolation, depression, anxiety; and the cinematic inspired soundscape is delivered by engineer Mike Allain. “Mike wrote the foundation for the song,” explains Di, “I asked him to make something that sounded like it would be in the movie Tron.”

Evil Tongues forged forward in 2017, growing from a passion project into a fully developed songwriting duo. Having spent the better portion of 2020 dedicated to penning, the pair relocated to the west coast in 2021 and went into recording. Linking up with acclaimed platinum-certified producer/sound engineer, Nygel Asselin, at NYG Studios (Vancouver) Evil Tongues began the arduous journey of discovering their sound and establishing themselves as the newest rising rock export. Their debut track, “Fine”, would go on to be mixed by JUNO Award-winning engineer Kevin Dietz (Toronto), and mastered by GRAMMY Award-winning Emily Lazar and Chris Allgood at The Lodge Mastering (NYC).

“I wrote the chorus lyrics for ‘Fine’ while lying on my floor on a sunny, freezing cold Edmonton winter day,” reveals Di, citing pandemic-ridden isolation as the driving force behind her creativity. “Picture someone wandering aimlessly around their house, talking to themselves, playing guitar in the middle of the night, and lying on their floor during the day. That’s probably a pretty accurate mental picture of where I was at,” she says.

The results are a pure fire debut. “Fine” merrily juxtaposes upbeat electronic alt-rock synth new wave pop with menacingly honest vulnerable vox. Where Mother Mother and Dragonette open the door, Evil Tongues laps up, walks through and commands. Mesmerizing rushing verses welcome a pulsating, ear-worm-inducing chorus. As the bridge nears, Di trades in her signature vocals for a spoken word twist - an effective, eerie, madness-questioning move. On “Fine”, it’s Di begging to be released. It’s the listener begging it not to stop.

The pair have also released an official lyric video to accompany the song, available now on YouTube. “I had the lights in the vocal booth turned completely off, so it was just me alone in the studio, in the dark, with only my words,” Di recollects, adding, “Each take was like a slow-building volcano of emotions.”

In a world when an “endemic” feels imminent and then sloughed further down the road — for the first time, humanity feels something as one. Evil Tongues describes it as “Fine.”