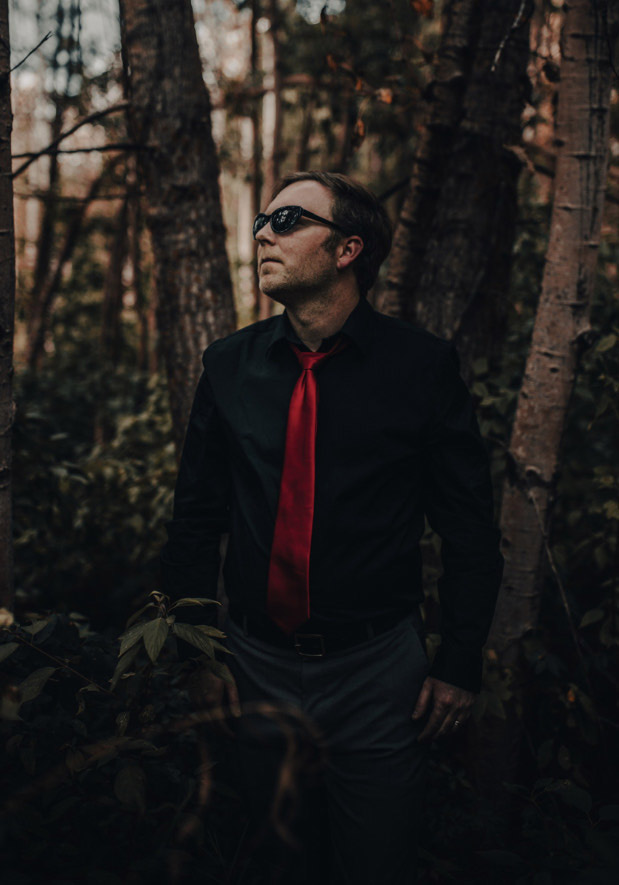 There’s a good chance you’ve been asked to dance, or asked someone else to. But if that dance was with Death, would you square up or bow out?

That’s what Edmonton alt-electronica artist Rick Christian is asking in his new single and music video-turned-horror flick, “Will You Dance With Death?” — available now. The electronica, low-fi, banger wastes no time mashing a dance bop with dark, chilling lyrics. And it’s just as Rick Christian likes it.

“I wanted something dark that people could dance to,” Christian says, simply; his music is heavily entrenched in bass and synth, layering his lyrics inside the production. “I attempted ideas and techniques when recording and producing this song that I had never done before. The production and blending of the synth in the mix was the next level for me. The hours of post production really paid off.”

A true fan of horror, Christian says he grew up a fan of the genre. Likewise drawing on his own life experiences, he developed “Will You Dance With Death” as a reflection of what he saw going on around him. “I saw the pandemic landscape affecting people's mental states and actions, I couldn't help myself and had to reflect on it,” Christian explains, “When you witness several attempted public suicides, it changes you forever. The best material is your own reality and experiences.”

Check out “Will You Dance With Death?” on YouTube here:

Unapologetic in the depth of his darkness, or where the curtain drops on his sometimes controversial lyrics, Christian says he found his way to this particular breed of song over something as uncomplicated as an everyday task. “I was alone drinking coffee one morning,” he recalls. “I played and recorded a couple bars of the song; I knew this was something big.”

Translating this track into its visual counterpart has been a big step forward for Christian’s musical career. Mingling his love for thrillers with the dark undertones of the song, Christian came together with Daniel Gadowski to direct and produce the video. A committed exceptional talent with an eye for the shot, Christian refers to Gadowski as someone who has a “perception for the big picture that is taking him places.” The pair enlisted several models as actors for the project. “They did an amazing job and it will always stand out in my mind,” Christian says from behind the scenes of the video production. “They were so dedicated and committed to the performance. I know we will see big things from them in the near future.”

Routinely vlogging updates, and candids about production, Rick Christian is inviting fans to travel with him on this journey to answering life’s most perilous questions, and facing each trepidation in the one way we can unilaterally know how — through dance.