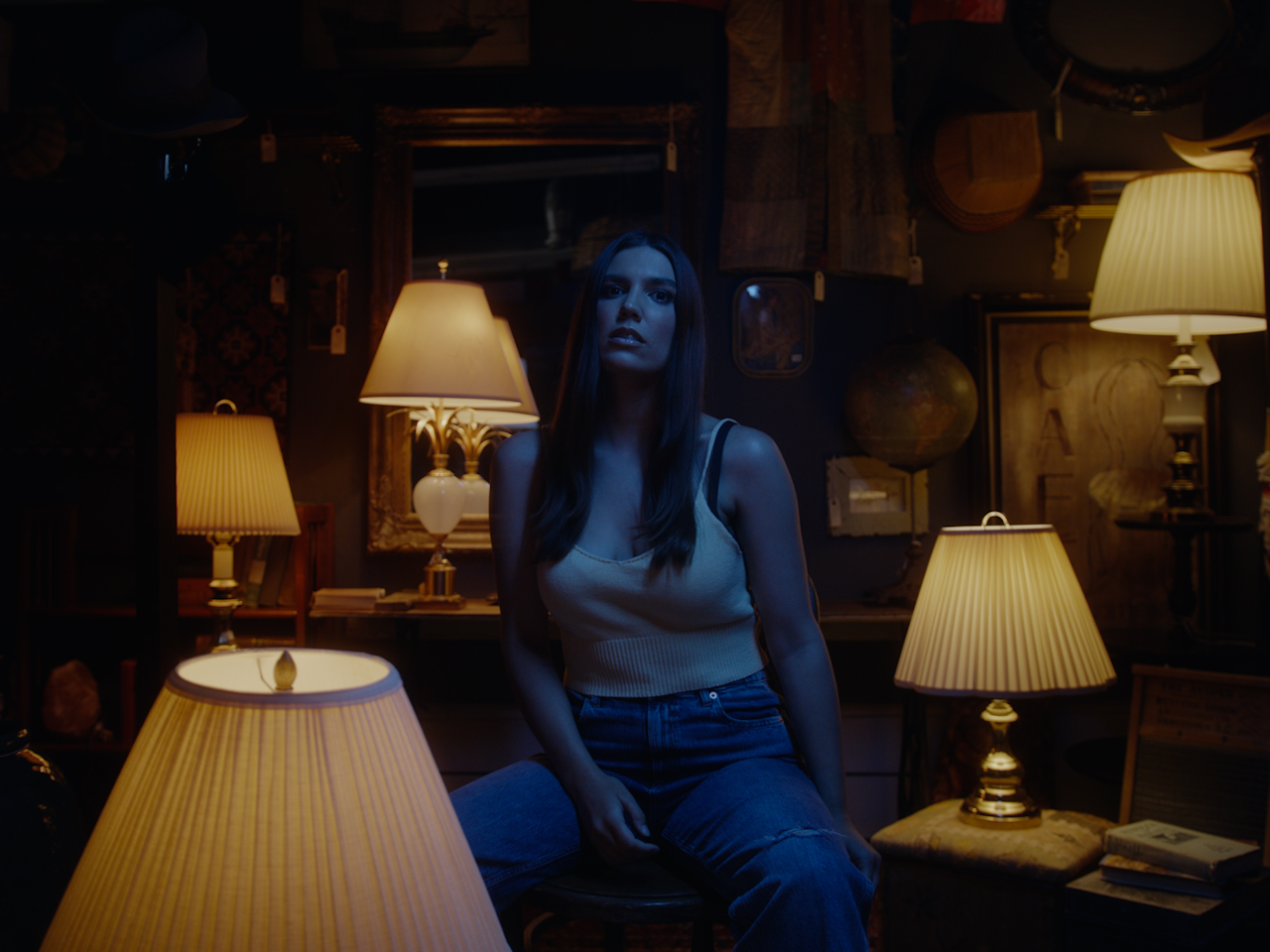 Multi-award nominated Canadian tour de force velours has lifted the curtain on her newest single, “Whatever That Means”.

A follow-up to her breakthrough debut EP, Identity, the bilingual Canadian songstress with velvety vox strikes the chord between progressive rock and alternative pop — all the while, her lyricism sparked with emotion, laced with authenticity and emphatically raw in its delivery.

For velours, the effort to seek refuge through empathy captivates and fascinates audiences alike. She doesn’t shy away from sharing – from lining the walls of her lyrics with the truth. In fact, she fashions her artistry from laying it all to bear – for better or worse; and the resolve that comes from being truly vulnerable.

Enlisting JUNO Award-winning powerhouse producer Ryan Stewart, (Carly Rae Jepson, Biff Naked), velours has welcomed early success in her newly found space inside Canada’s far and expansive musical soundscape. Her interest in pursuing songwriting professionally came from being inspired during her brief stint living on the west coast’s Vancouver. Shortly after, she penned her smash debut single, “Tell Me” (2019) with Stewart handling the production. The song would score big with listeners, earning velours more than a staggering three thousand spins on the first day of its release; instantaneously creating her a solid fanbase and triggering her decision to pursue music and songwriting as a career.

velours’ tremendous follow-up arrived in the Identity EP — featuring critically acclaimed singles “Summer Haze” (2020), “Your Sweater” (2021), and more. The strength of her vocal agility and lyrical prowess has garnished critical praise for her work, including a host of notable gigs. velours’ music isn’t simply relegated to an audio experience; her thought-provoking accompanying music videos pack a visceral punch for fans of the indie darling.

Early nominations for her debut effort include nominations at the Saskatchewan Music Awards for Rock/Pop Artist and Best Music Video, plus a variety of industry spins on radio, television and written reviews.

velours has also found herself able to showcase and spotlight her wide variety of talents, including acting, performing, impressionism, and covering industry divas by the likes of Adele and Britney Spears. She shines on her Identity EP; her rich vocals and intricate melodies blush starry-eyed across each track. One after the other, velours takes hold of every note and finds her place along with the hook. Danceable, emotive; dark and moody, bright and controlled. In less than two years, velours has written the book on taking talent to an enchanting level by honing in on pure authenticity and being unafraid to take chances and risks to see your dreams through. With eager fans holding their breath for her next release, velours is taking in the reality around her with plans to continue to write, produce and perform music for live shows and concerts.

From the young, inspired budding songstress jamming along to her mother’s radio, to blossoming into one of Canada’s hottest new starlets to take the mic and own the alternative pop soundverse, velours is at the beginning of a very big career – and global pop dominance.