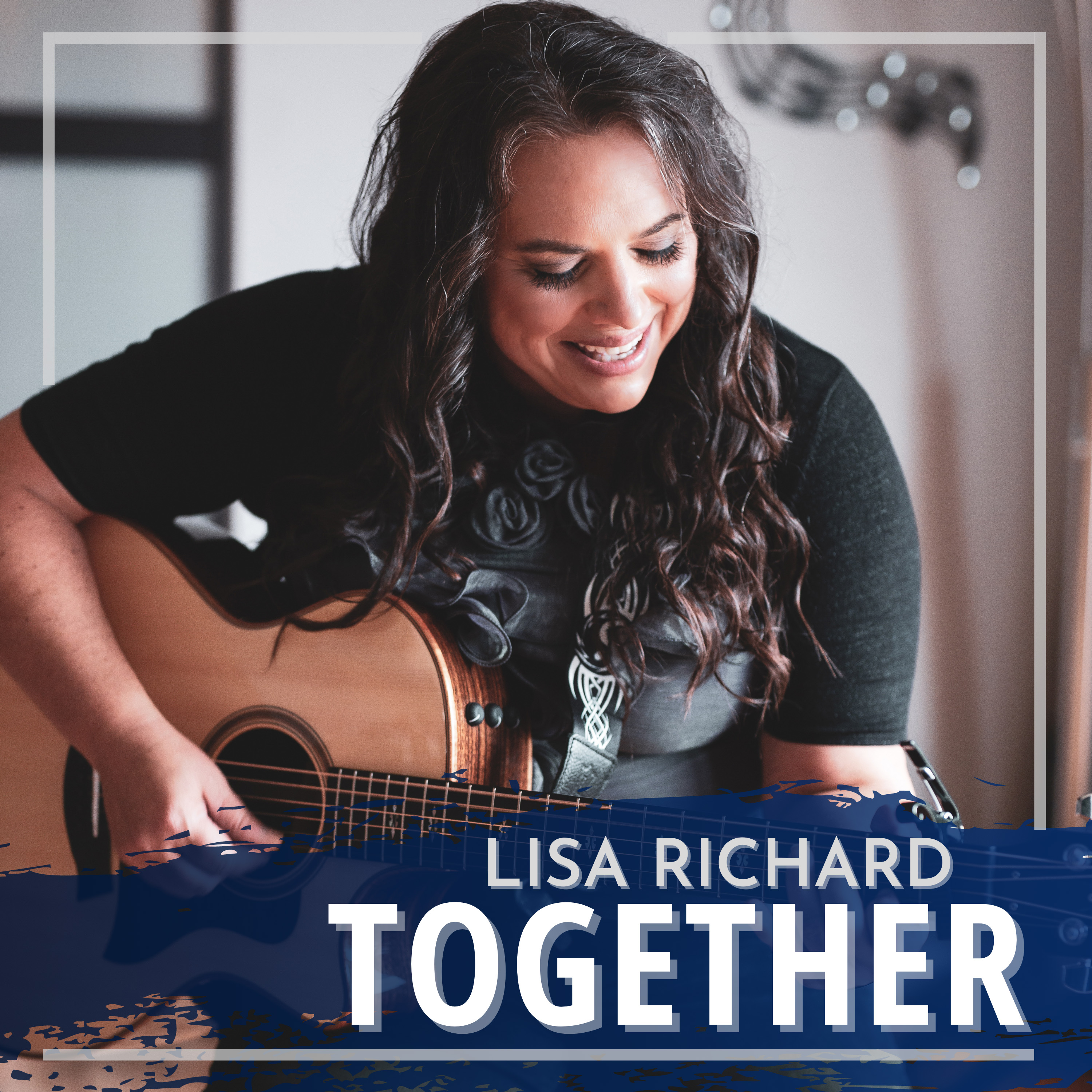 In an homage to the bright side of life, award-nominated Halifax, NS country crooner Lisa Richard spins a tale of good vibes, good company, and good times on her single “Together” – check it out on YouTube here:

“‘Together’ was written a few years ago with my co-writers Rick Tiger and Jeff Wanex in Nashville,” Richard says of creating the track. “We wrote it after one of my trips to Europe where I got to perform in Budapest. I remember thinking that, although the majority of the audience didn't understand English, they could fully understand the music I was playing. It's true what they say… Music is a universal language!”

On “Together,” Richard utilizes all that country music stands for: a simple, but poignant message, buried in the roots of family, and friendship. “Being ‘Together’ is always my favourite place to be, and that is the feeling I wanted to encompass in this song,” she says. “The lyric video for ‘Together’ is created by Warren Robert; we wanted to remind people of that special feeling we all get when we are with the people we love and care about — family, friends, loved ones, and the joy of spending time in places that make us happy. The take-home message in this song is to not take any of these things for granted, and to enjoy every minute of being ‘Together.’”

Nominated for Country Artist of the Year at the 2018 Music Nova Scotia Awards, and selected for the Songbird Super Series Showcase at the 2019 East Coast Music Awards, and the 2019 WSM Grand Ole Opry Radio Songbird Jubilee in Nashville, Richard has notched a considerable resume of industry recognition. Her 2017 offering, Tangled Up, showcased her illustrious singing chops, and earned the budding country star airplay on radio stations from her home in Canada, the US, the United Kingdom, and beyond. Her stunning rendition of Dolly Parton’s classic, “Jolene,” continues to garner a staggering number of viewers, having crossed more than 100,000 streams since it was posted.

A native of New Brunswick, the troubadour has spent much of her tenure in the industry wowing audiences and commanding stages all over the world — including alongside country greats like Vince Gill, The Time Jumpers, and more. After spending the past few years recording and releasing singles highlighting her incomparable vocal range and ability to write the songs that resonate with the everyday person, Richard is gearing up to release her sophomore album later this year.

The resurgence in excitement surrounding “Together” is a testament to the global climate we’re all facing in 2021; written in pre-pandemic times, it’s impossible to ignore the melancholy mood of sadness tucked over all of us like a cloud as we forge through — Lisa Richard’s “Together” is a reminder of gentler, simpler, and simply better times. “I had no idea (the song) would be so relevant two years later,” she says. “I hope everyone gets a chance to be ‘Together’ again soon.”