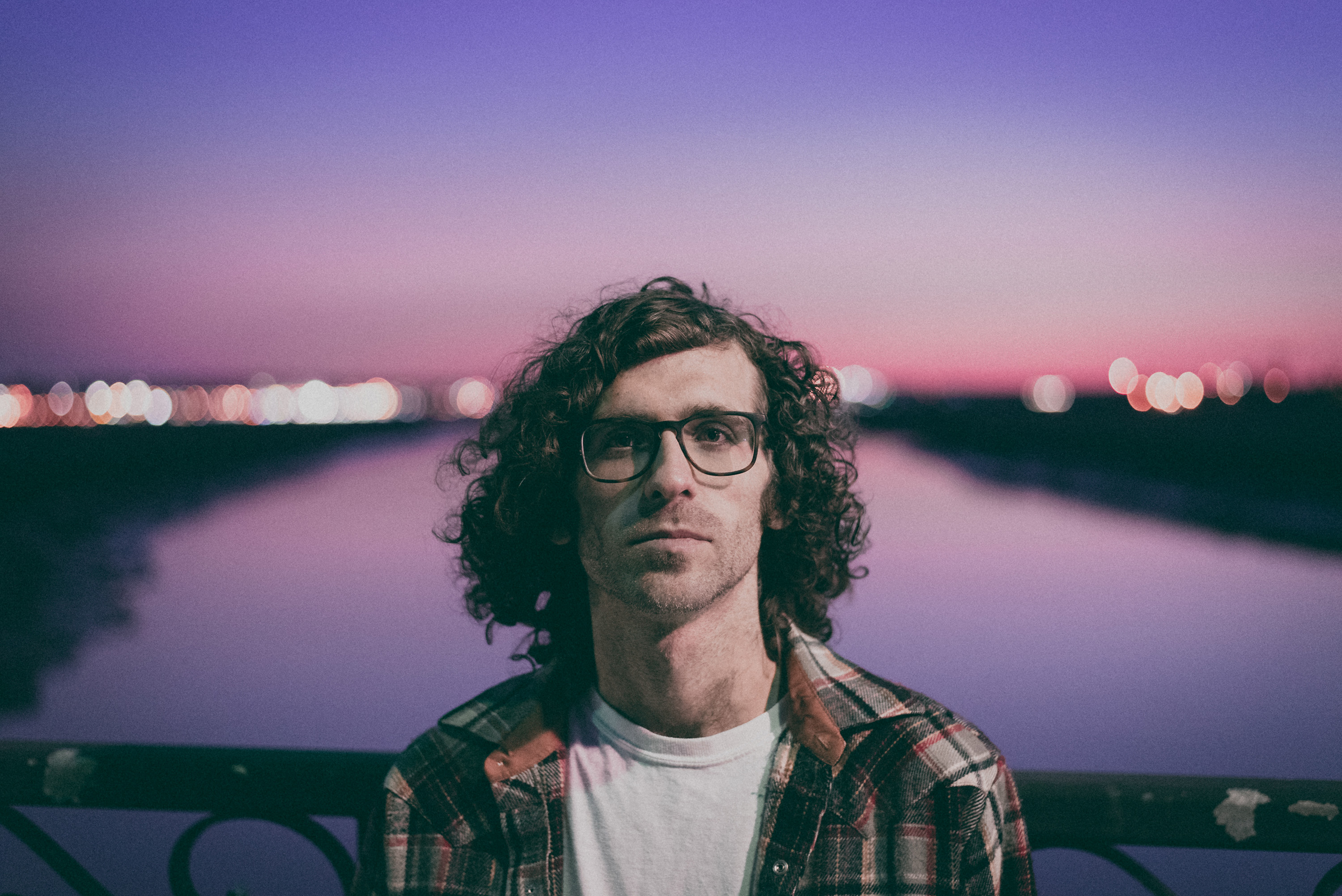 Based in Moncton, NB, Hillier’s story of this, his third album, is one nothing short of tenacity: “It’s a blues song without being a blues song,” he offers as an early overview. “The message is that life sucks and that it can get better — you just have to keep going.”

“This is a record of my evolving feelings during a very uncertain time in my life,” Hillier continues. “Sparked from the idea of making ‘one more album’ while I was temporarily homeless and living in a band tour bus in my friends driveway after leaving an abusive relationship, I needed something to anchor me and to help me process the last several years.”

With early billings as an opener for Tim Hus in 2010, Hillier’s signature airy, high and lonesome style of folk has long garnered him critical acclaim through a lengthy series of live performances, collaborations, and self-produced solo albums — including Midnight Revelation (2014) and In the Shadow of the Chapel (2016).

“Music has brought me a life of creativity, collaboration, excitement, travel,” he shares. “But it has also put me in proximity to many negative outlets, mainly alcohol - my relationship with which complicated nearly everything else and resulted in much needless confusion and broken relationships with real people.

“For me, it is very spiritual, this act of creation. We throw ourselves at the mercy of the compulsion to turn our pain into something beautiful and shine a light, hoping only that in doing so we will be free of the weight of the world that drags us down.”

Within the new collection of songs on No Excuses, a narrative began to emerge of an artist coming to terms with the life he had lived thus far.

Opening with “Won’t Get Far” — a brutally honest view of the injustices perpetrated on Indigenous peoples by Canada — Hillier’s worldview is quickly clear and present in his words; “In Time” brings the daily life of a soldier at war across the expanse of time into sharp focus with a halting arrangement that accentuates the tragedy of an occupation often pushed away from public view.

Continuing in the vein of historical ballad, “Hard Times, Harder Landings” tells the story of contemporary North American legend, Colton Harris-Moore, and his exploits as a troubled teen, who committed multiple airplane thefts and was the target of a continental manhunt. “Slow Spirit” is a letter to Hillier’s friend and musical cohort who succumbed to cancer; it takes on an air of cosmic stillness and reverence before its pulsing bridge slowly builds, offering a hypnotic pattern to a drowning crescendo. Closing out the first half of the record, the off-kilter arrangement of “Winding Road” sets the tone of an acid trip gone awry as Hillier expounds on the fallacies confronting artists in the music industry.

Warm layers of dreamy electric guitars offer a platform at the start of the second half as “Falling Into” describes leaving an abusive relationship and finding peace with oneself; “Apropos of Nothing” then examines the concept of self-awareness from the individual to the positions of power that are often abused.

“Brave New Waves” is an uptempo tribute to teenage years spent on Prince Edward Island — where Hillier was born — complete with Allman-inspired leads that evoke the particular magic of driving around at night with no particular place to go. To that end, “Silhouette” doubles down on the uptempo energy, bidding farewell to past indiscretions and looking to the horizon as guitar harmonies abound.

“Lay Down Your Troubles” is the first stripped-down song of the album, and poses questions of mortality and wondering whether we should be so worried about the perception of others in a universe so immense. Taking a confessional, self-reflective tone, the record closes with “Peacekeeper” as Hillier counsels on the realities of mental health in the modern world.

“The album came together rather quickly in the process of taking a few half-finished songs, and a lot of old notes, and demo-ing for hours, secluded in the basement of another friends’ house after they had offered me a room,” Hillier says. “During the winter of 2017/2018, I completed the demo for the new record, having played & recorded everything myself.

"The making of the record was an incredibly enlightening time for me, as I got to work with a long-time hero of mine,” he says of award-winning and fellow Moncton-based blues-rocker and producer, Chris Colepaugh (and the Cosmic Crew). “Chris and I clicked immediately and it was great fun getting to explore these songs' potential with him.

“I wanted to provide a deep and honest look at, not only myself, but my subject matter, and I took great pains to craft the lyrics so that they would be rich in imagery,” he continues. “If I had to describe this album, or this process of creating it, I would say it’s very much an evolutionary piece. Nearly every aspect of my life saw a great shift over the course of making this record and I emerged out the other side of it with completely new eyes.

“A bit bruised,” he adds, “but intact and with a renewed sense of purpose.”