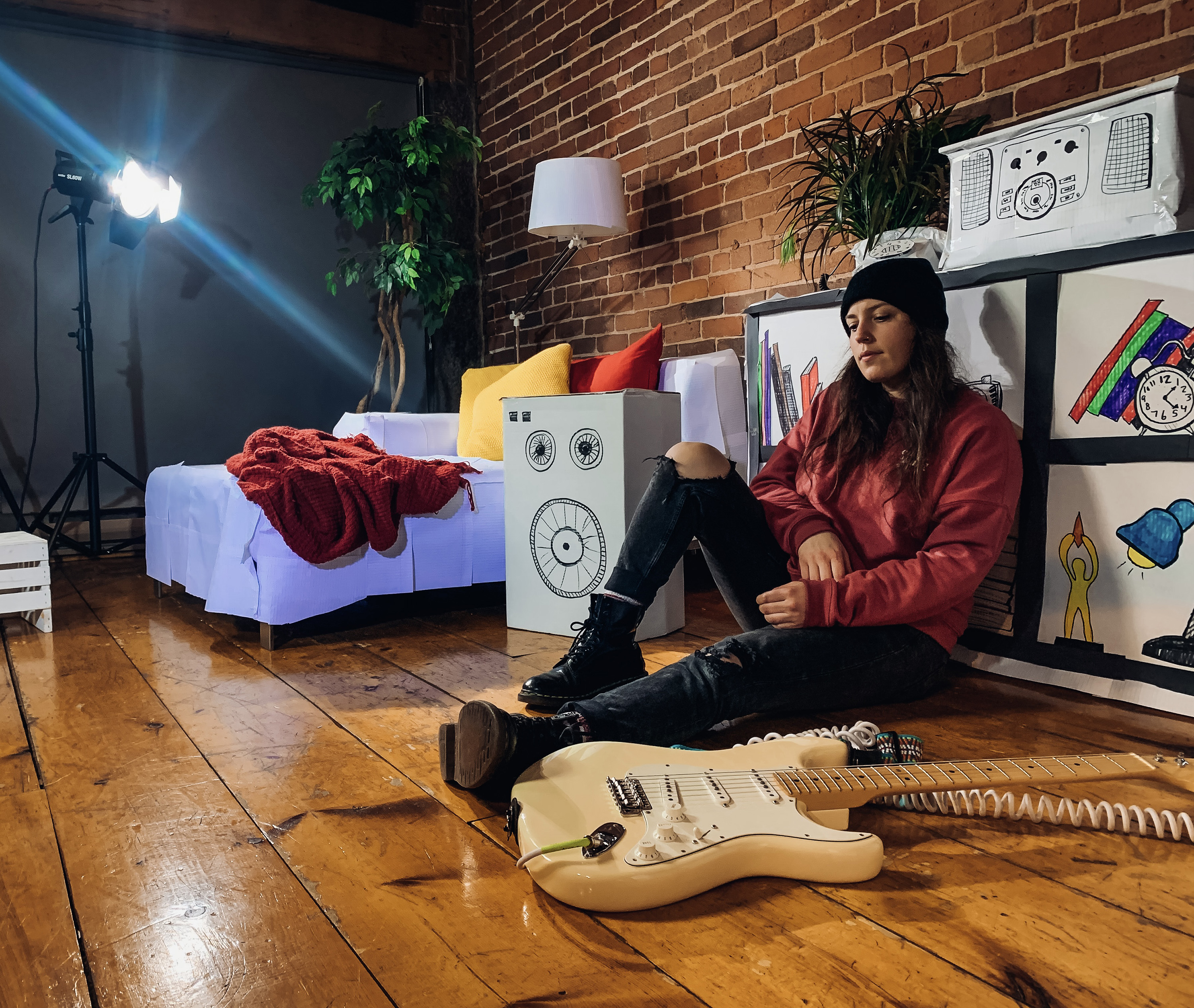 There’s a ‘beauty in tragedy’ and ‘dreaminess to heartache’ that Canadian multi-instrumentalist Esther Spiegelman — and group Let’s Be Giants — weave into their encapsulating new single, “I Don’t Mind”.

Landing ahead of the Montreal-based band’s forthcoming album, Fade In / Fade Out, the song features simple lyrics with a profound message; Spiegelman both implores you to listen, and also hear what she’s feeling, what she’s wishing, and what she's needing. Drawing on the nostalgia of 90s soundscapes — think Liz Phair asking Dolores O’Riordan to the dance, only to find out that Mazzy Starr was the opening band — “I Don’t Mind” lulls you into memories of heartbreak, but with an air of hope that you’ll survive this, too.

Having fronted several outfits over her tenure as a singer/songwriter, it was Spiegelman’s assembly of Let’s Be Giants where she found her niche. After recruiting Jeremie Dallaire on guitar, Matt Wozniak on bass, and Simon Pesant on drums, songs Spiegelman had started penning began to take a life form all their own.

“Esther often writes songs about being in her own head, and in her own world, where she can view things the way she wants to,” says the band. “As an introvert, she writes a lot about what goes on in her mind, and often references not wanting to go out into the real world. “‘I Don’t Mind’ is the perfect example of that,” they continue. “It’s especially the ‘I don’t mind, change my mind’ lyrics that provide listeners with the possibility of change and hope.” Check out “I Don’t Mind” on YouTube here:

As a song that delves into the core of ‘human spirit,’ and challenges it to leave it all on the dance floor, the subsequent music video is another brainchild of Spiegelman where she found her creativity not only in song and on screen, but also behind the lens. The ‘walk, sing, think, speak, cry, cringe, beg, plead, play it out, dance it out, figure it out’ nature of the video is immersive, and its cleverly drawn animated features keep audiences’ interest piqued. Hand-crafted by Spiegelman and her co-director, Dominic Levert, the pair had mere days to assemble the crayon drawings, storyboard the set, determine the appropriate shots, and see their concept through to translate to video.

Citing, and albeit jokingly, they recall never having “worked that much'' in a three-day period, the effort pays off in fastidious ways. The detail in post-production with live and animated elements, mingling with the ingenuity of the whimsical indie rock melody of the song, produces a snapshot in time — from losing it all, but clinging to the aspiration of winning one day again.

“The post production that came after the filming was even more time consuming than everything we had done so far,” the band explains. “Esther took the lead in post production, and literally learned how to animate to make this video possible. Because of the learning curve of it all, it ended up taking about 100 hours longer than anticipated. But she was determined,” they continue. “She got it looking how she originally envisioned it, bringing all her crayon-coloured illustrations to life frame by frame — of course, with the help of Dominic, who showed her the ropes and prepped mostly everything for post production.”

The results are a transcendent and brightly coloured visual for a contrastingly melancholy song.

But that’s exactly what Let’s Be Giants does so well: they move you to tears, while giving you permission to feel okay about it. Like they say, “we give the extroverts the opportunity to be introverted, for even just a few minutes.”