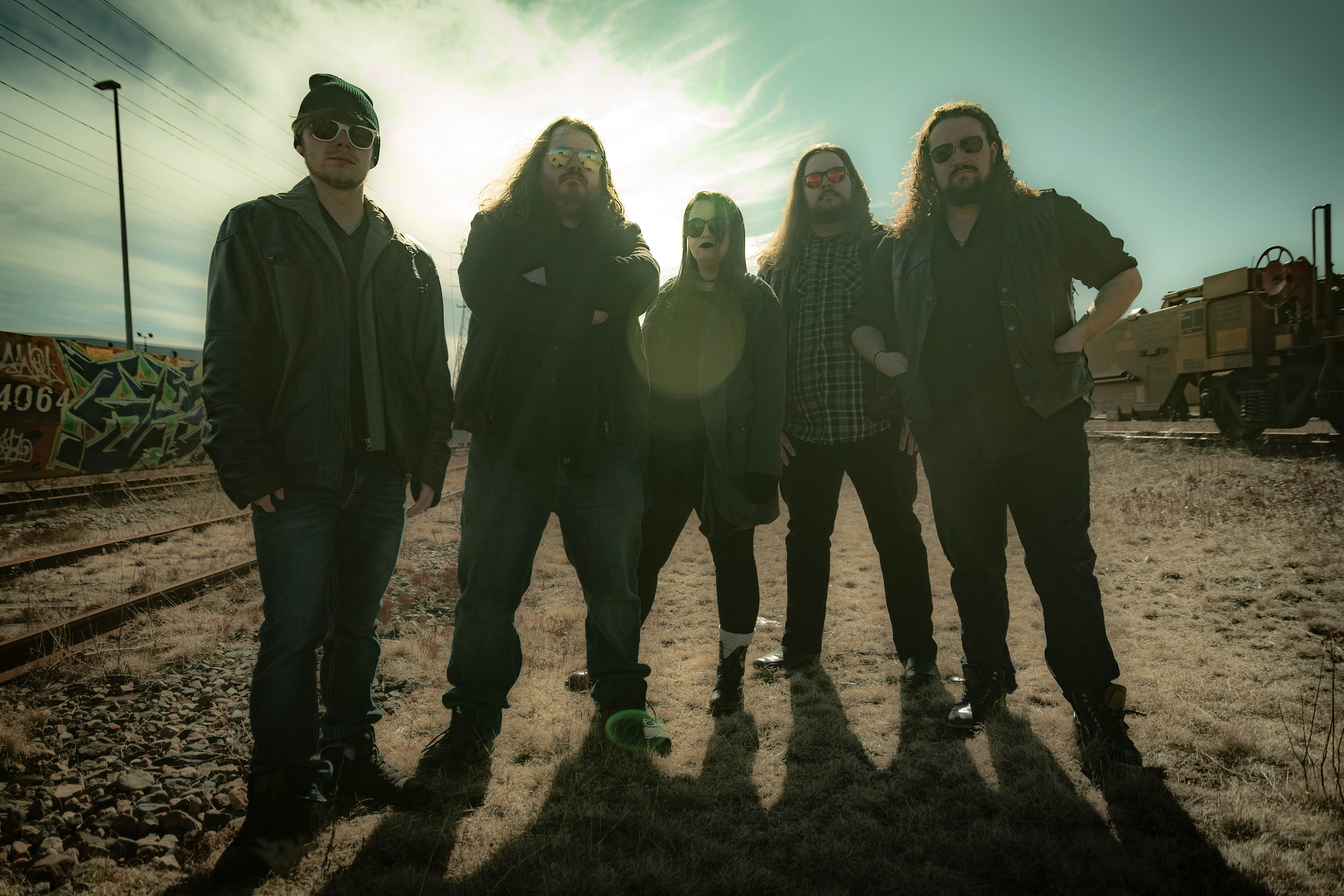 Well, with the annual day of ‘unbridled love’ long out of the way, Canadian rockers Dali Van Gogh are soldiering on with a brand new video and release for their favourite “anti-love song”; “Past Crimes”.

The freshly pressed video depicts two lovers at the onset of the 2020 COVID-19 pandemic; it serves as an allusion to the stress and turmoil of the last year, and the toll it’s taken on even the closest relationships. It was originally envisioned as a live action story but, after numerous delays due to related restrictions, the band converted the concept into an animated lyric video.

Inspired by real-life experiences, it was Kent who first tabled the song’s concept. “Without getting into too much detail, the first draft of the song was written about the breakdown of a close relationship in my personal life,” he shares. “It wasn’t originally going to be a duet but, once it clicked to me that this could be taken as a love story of sorts, the lyrics came together.”

With a sound best described as “infectious, gritty, and surprising” by Recording Artists Guild founder Byron Booker, Dali Van Gogh have received international radio play and charting status, over half a million streams across their various platforms, were named semi-finalists in the SOCAN Canadian Songwriting Competition, and have released five records — Verbal Warning (2010), Mask Identity (2012), Wild Blue City (2012), From Ashes (2017), and Under Her Spell (2019) — the latter two of which were recorded at Kent’s newly minted HouseFire Studio One after the fire.

Produced by JUNO-nominated songwriter Rob Laidlaw (Platinum Blonde, Honeymoon Suite), “Past Crimes” is Dali Van Gogh’s second 2021 offering, and the fourth tying into the band’s ongoing concept release; The Testimony. The song follows last year’s singles: “Heavy Living” and “Boneyard” — the latter also produced by Laidlaw — and this year’s “Stand Up, Wake Up,” a re-imagining of a track off of 2017’s “From Ashes”.

First formed in 2008, Dali Van Gogh returned to the stage in 2015 following a fire that destroyed Kent’s home and recording studio: every instrument, computer, and master disk, not to mention countless mementos from his personal life, were lost. “Almost nothing was recovered,” he recalls. “Needless to say, it was a major roadblock, but also the driving force behind everything I’ve done, everything I’ve fought for since.

“It’s been quite a journey getting this far”, Kent continues, expanding on putting material together for the release. “The pandemic has wreaked havoc every step of the way, not the least of which on the music video, which we had to change dramatically last minute.

“On the bright side, animation allows us to tell any story we want, and in some ways made it much easier to tie the concept into The Testimony,” Kent — who created the animation himself — adds.

The Testimony, a story the band has been delivering through both music and a digitally-issued tie-in novel, is a high-concept journal of sorts, that takes place in the near future. With multiple viewpoint characters, and conflicting accounts, Dali Van Gogh have used The Testimony to tell the story of those who have come into contact with its main character, ‘The Preacher’ — an enigmatic figure whose very presence alters the world around him.

By using an animated video, “we can keep things more mysterious with our ‘Preacher’ character,” Kent adds. “When we show less of him, it lets the audience make up their own minds on what he’s doing, and what his goals are.”