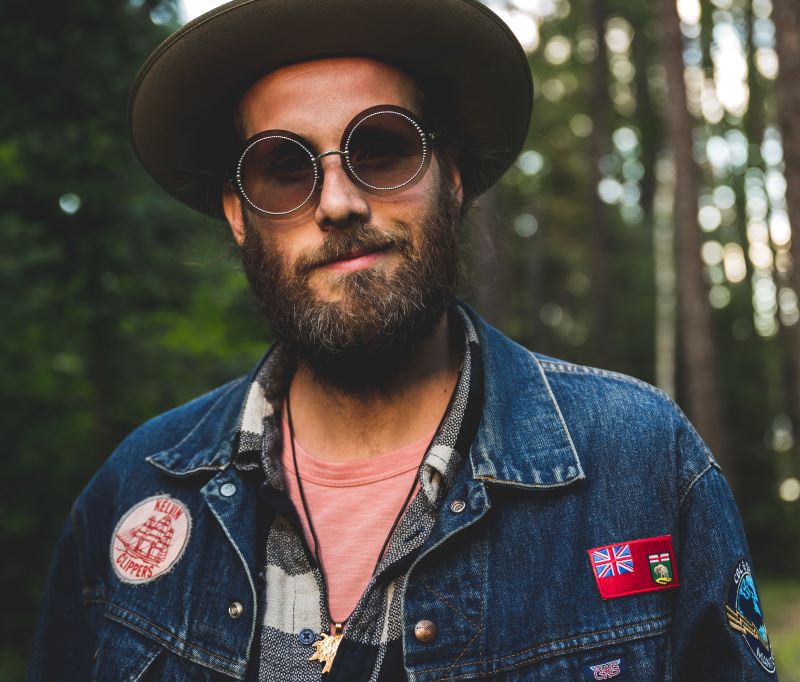 Overall, In Event of Moon Disaster is described as a musical journey through highs and lows, or “a pendulum swung through the hardship of darker days” (like the song), according to Mister K. Inspired by the ongoing COVID-19 pandemic, it’s ultimately about overcoming adversity, emerging from the darkness and finding the light at the end of the tunnel; or even some sense of hope.

“I knew I wanted to make an album steeped in poignant and vulnerable themes, but I wanted it to also have some pop and sparkle.”

The nine-track, 34 minute-spanning effort is reflective of the works of Neil Young and was written solely by Mister K and recorded at Paintbox Recording Studios in Winnipeg, MB. In terms of the genre and overall style found within In Event of Moon Disaster, Mister K calls himself a “cosmic folk-pop balladeer.”

The artist co-produced the record with the help of engineer Rusty Matyas (The Sheepdogs, Imaginary Cities); on the collaboration process with Rusty, Mister K said that they found inspiration and empowerment together through the strength of healing associated with music and art.

As well as his latest single: the two-minute, 15 second-spanning “Tamarack,” In Event of Moon Disaster features hits like “Hundreds of Dollars,” “Lonely One,” “Game of Hearts” and “Harmony.”