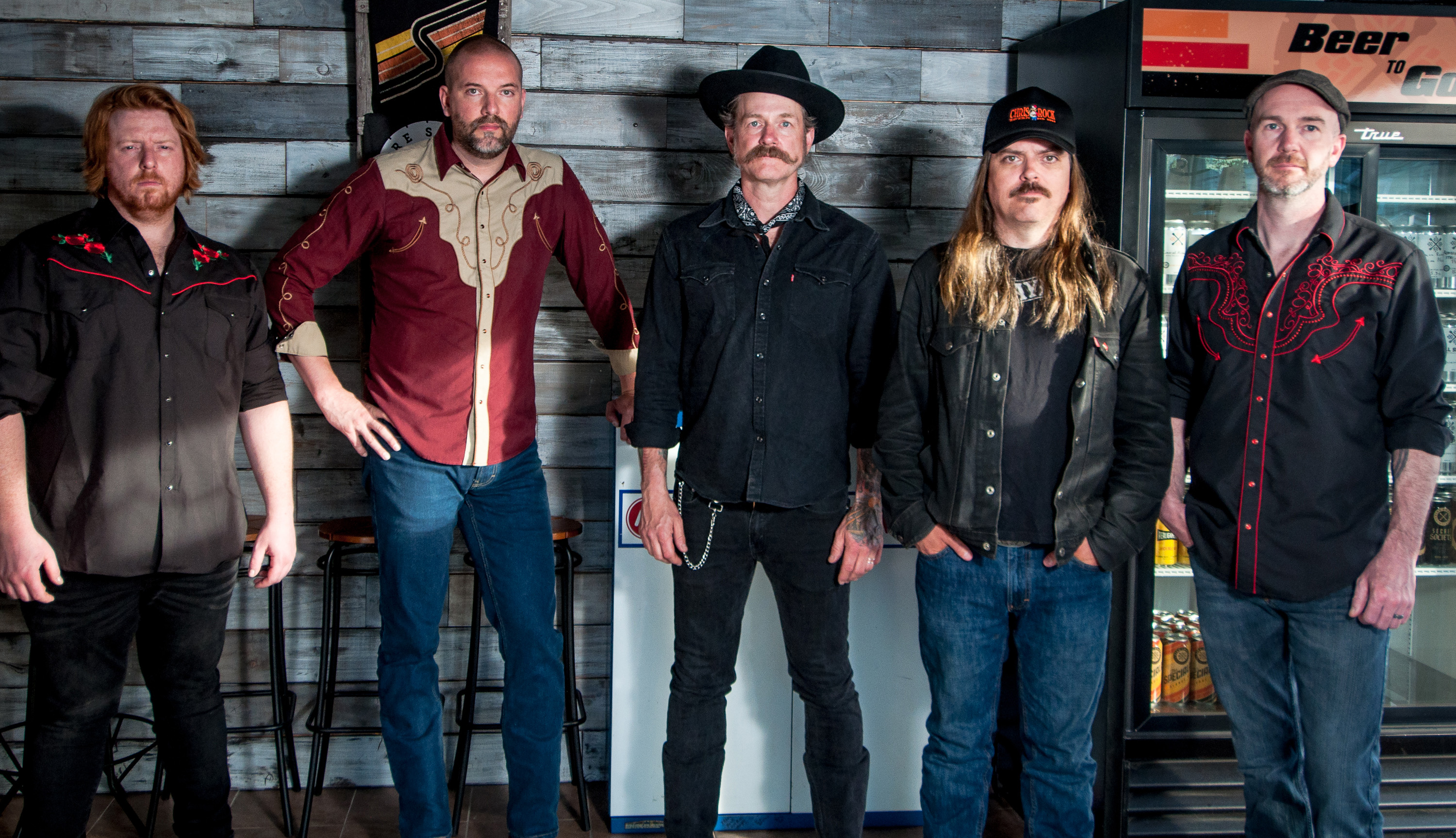 Reeling from a litany of hard knocks is a truth The Divorcees know all too well; and now the five New Brunswick-based country outlaws are letting it all hang out on this, their latest single, “Must Be Nice”.

Never shying away from what’s real, and how to pen it, this old-school country group have done it again: speaking tough, unabashed honesty from lives lived to an audience who are right there with them. “Must Be Nice” is a song with grit and groove, simmering in thinly-veiled anger towards big banker profits in the midst of working-class misery, and it's this genuineness that members Alex Madsen, Jason Haywood, Denis “Turtle” Arsenault, Shawn Thomas, and Kevin Macintyre have yet to shy from doing for nearly twenty years, and keeping fans with them every step of the way.

“’Must Be Nice’ is for every single hard-working person out there who gets out of a 12-hr shift from a job they've done for years,” the band shares. “It’s for people who work for multi-billion-dollar companies for minimum wage — with no health plans and needing food stamps to get by. It’s for the ones who flip on the news to hear their company got sold out from under them.

“It’s for everyone who’s watched people make millions off of other people’s pain without a care in the world. It’s for the guy on the bus getting cut off by a guy in a BMW and whispers under his breath, ‘Must Be Nice’.”

Watch the great video here of Must Be Nice

A tried-and-true testament to the art of authentic country songcraft, the band understands all too well the reality of struggling to get through another day and survive into the next. “’Must Be Nice’ is a song of frustration,” they say. “It’s something every single guy in The Divorcees has lived.

“Here in New Brunswick, no one’s got it easy. We’re a poor province. Believe me when I say we’ve had our share of hard knocks.

“And when we see the richest of the rich living the good life while we’re picking which bills to pay — and they don’t even seem to care at all?

“Must Be Nice” is the newest single from The Divorcees’ most recent full-length, 2021's Drop of Blood — out now; in addition to the 11-track LP, The Divorcees are releasing a documentary of the same name to complement the offering.

While Drop of Blood is a very nuanced trad-country effort, “Must Be Nice” is a bonafide heavy hitter on the roster, packing heat every time it goes up to bat. True country fans will enjoy the funky yet twangy musicianship of the group — a tune that fits seamlessly in the regular playlists of your favorite roadhouse or out-of-the-way dive. From the ingenious twin guitar licks to the earthy Wurlitzer sitting comfortably in the pocket, the juxtaposition of the tune is a perfect blend of sarcasm and groove with a gentlemanly nod to their outlaw heroes.

As with many well-loved country songs, it's a dose of bitter reality cut with sly, self-deprecating humor — the kind that goes well with a tallboy and a Jack after a hard day on the job. The Divorcees manage to both tell a relatable story, while masterfully compelling you to dance; that’s what they do best.

They’re two-time winners of East Coast Music Association’s Country Album of the Year — plus several more from Music New Brunswick for good measure — with national touring, well over 120,000+ streams, and five studio albums to their credit.