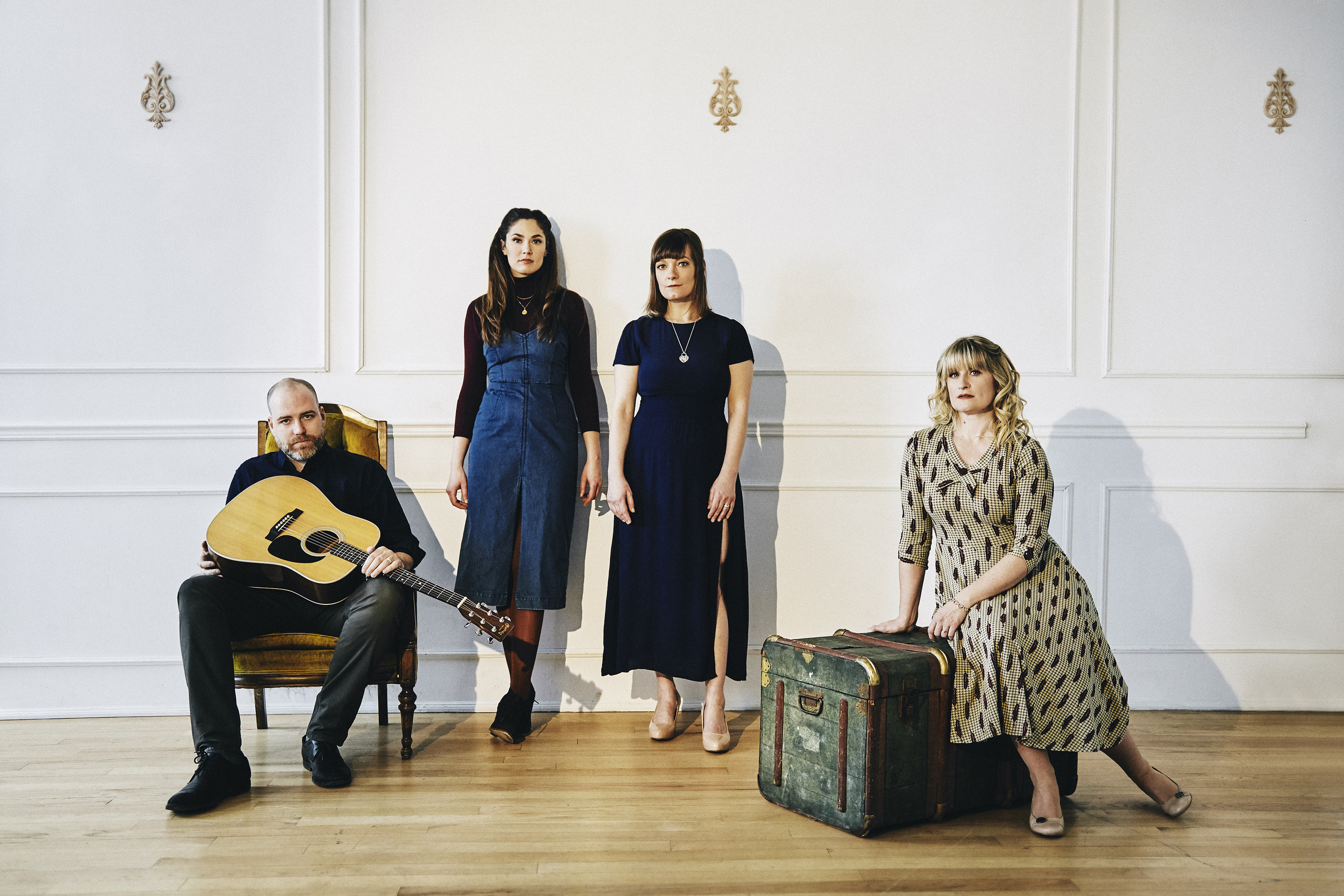 With previously released singles “The Wind of Death” and the album’s title track, “Untrodden Ways,” serving as previews to the 10+2-track LP, the Toronto-based innovative quartet unveils another intriguing mashup of turn of the century poetry in “The Mother.”

Not this century, but the last one… Complete with a soundscape that is totally today; the song is ancient prose living in perfect harmony with modern folk.

The lyrics for “The Mother” come from confederation-era poet, Wilfred Campbell, the band shares. “Campbell was one of the first great Canadian poets,” they explain. “He was also the editor of Canada’s first compilation of poetry, The Oxford Book of Canadian Verse (1913).

“This poem is a response to an old German superstition that a dead mother coming back in the night to suckle the baby she has left on earth may be known by the hollow pressed down in the bed where she lay.”

From throes of pain they buried me low,
For death had finished a mother's woe.
But under the sod, in the grave's dread doom,
I dreamed of my baby in glimmer and gloom.

This centuries-old story may be darkly macabre, but Samways turns it into a song that is all aural sunshine.

With a beautiful lyric melody — plus harmonies from the band’s trio of stellar vocalists carrying Campbell’s verse alongside driving eighth notes of the guitars and rhythm section — Untrodden Ways’ “The Mother” transcends standard spook-laden lore into head bobbing and foot tapping.

For Samways, this is much more than simply spinning an old wives’ tale into a groovy new tune — and distinct style found throughout all corners of their breakthrough release. The brainchild of guitarist/composer Nathan Hiltz, the inspiration for the group’s sound is equal parts high Anglican choral tradition and Canadiana folk set against a wide range of acoustic guitar styles. Each song across Untrodden Ways draws lyrics from a classic Canadian poem from the likes of Susannah Moodie, EJ Pratt, and the great Bliss Carmen.

“This project is so special to me,” Hiltz recently said in an interview with Canadian Beats. “It’s a sort of ‘dream’ band where I combine my loves of poetry, choral music, rhythm guitar playing on flat top acoustic, folk music, and Canadiana.”

Hiltz began composing music in collaboration with these long since passed poets in early 2019. The lyrics are sung in gorgeous thrusters part harmony by Samways’ singers, Shannon Butcher, Jessica Lalonde, and Melissa Lauren. “All three unique voices with busy solo careers,” says Hiltz. “Together they sound much more than the sum of their parts and give this group a gorgeous sound!”

This dream project has already created a groundswell of popularity in Samways’ home base. Pre-pandemic, the band performed for enthusiastic audiences at top Toronto venues and events such as The Old Mill, The Rex Hotel, and the Markham Jazz Festival; the Toronto Arts Council took notice, and awarded them with a recording grant.