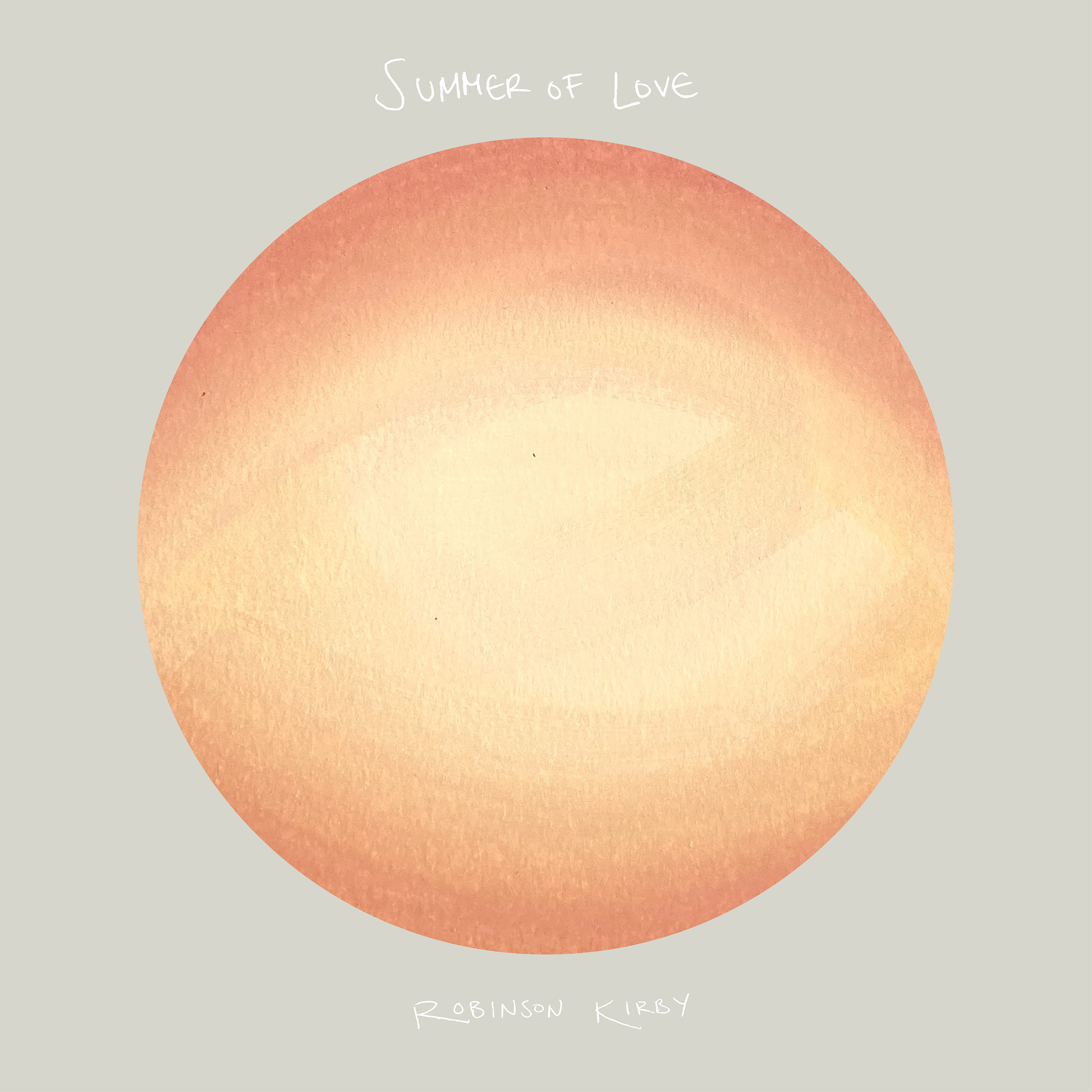 Their fifth single, the release is accompanied by a simple, yet aesthetically pleasing lyric video which sees the Toronto-based band singing and jamming together by some rocks at the shore of Lake Ontario. Just as the pair intended with this single, the low-key visuals of this video allow the lyrical and instrumental elements to shine through in a truly authentic manner — clear of any distraction.

Luke Robinson and Madelyn Kirby, the masterminds behind the tune, simply wanted to create a “summer song,” henceforth: “Summer of Love”. They agreed it would have to be a song that just “sounded good played loud” — say, if you were driving down the highway with your windows down on a blazing hot day.

Well, they achieved just that, thanks to the butter-like electric guitar melodies and goose bump-inducing vocal harmonies. That doesn’t go without highlighting the visceral effect of the duo’s intertwining smooth slide guitar-playing abilities.

With so many different sonic elements, it’s hard not to find something new to enjoy about “Summer of Love” with each listen; each layer of the song is done in moderation, making it a breeze for your ears to absorb and for any fan — old or new — to enjoy.

“Sometimes for a guitar player, just strumming a D chord on an acoustic guitar is the most satisfying thing in the world and we wanted to have a track with a driving Tom Petty/Traveling Wilburys kind of feel,” the two say. “We wanted to challenge ourselves to record and put out a song with a quick turn around, and that methodology mirrors the lyrics, which reference getting out of your own way and trying as best as possible to live in the moment.”

Not only was this four-minute spanning anthem co-written by Robinson and Kirby, but it was co-produced by the duo as well. As they have with the rest of Robinson Kirby’s recorded material, touring musicians Jonathan Elyashiv and Ross Hodgkinson lent their talents in the studio too. With his masterful skin-playing abilities, drummer Hodgkinson added a ton of excitement to the mix of this track, while Elyashiv contributed not only some subtle, yet groovy bass licks, but complimentary organ hooks and additional percussion for extra flavour. Staying strong to their sound, Robinson Kirby ensured the track was mixed and engineered by the Torontonian Harrison Lenz too.

Go listen to “Summer of Love” now. In the indie/folk-rock scene, it’s a clear top-contender for 2021’s best and is bound to put a smile on your face. If you’ve already overplayed it, then go back to their most-recent release, the magnificent, seven-track offering, Little Dreams, which includes the singles “Find A Way” and “River’s End”, among a few others.

Luke Robinson and Madelyn Kirby have been writing and performing together since they met attending Berklee College of Music. Roots Music Canada has called them “an emerging (group) to watch for in the Canadian folk music scene,” so keep your ears open and your eyes peeled.