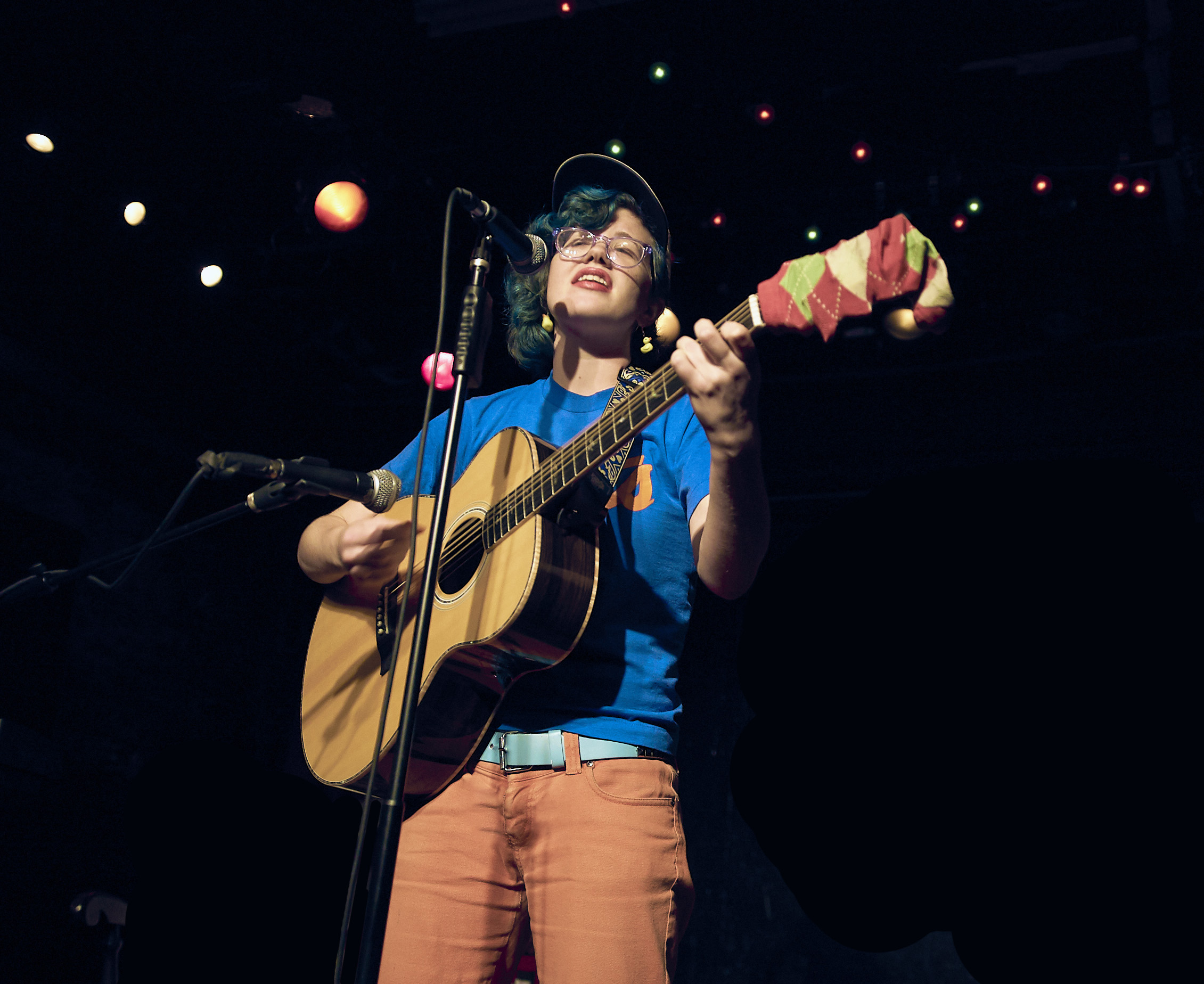 It’s the song’s title but it could also be the artist’s bio in four words: “Young with Ancient Stories” is experimental folk singer/songwriter Kate Koenig’s new release.

Plaintive, introspective, and sung from the point of view of the mythological creature Bʌfdɔg (Buff Dog), who’s existed as every person and at every time, “Young with Ancient Stories” is Bʌfdɔg’s soul-baring confession of spiritual disconnection and isolation.

“Bʌfdɔg is singing both as a creature spiritually exhausted from experiencing a sun’s age of lifetimes and as a lost and lonely kid who feels cut off from the world,” explains Koenig.

“Young with Ancient Stories” is the second single and closing track from Koenig’s sophomore album, Etemenanki, released January 31. Every song on Etemenanki is sung either by Bʌfdɔg themselves or from the perspective of individuals whom Bʌfdɔg has embodied. However, this song holds a particularly personal connection for the unique and inventive singer/songwriter. “Out of all of the songs on the album, the narration of this one comes the closest to coming from my own voice,” remarks Koenig.

Check out “Young with Ancient Stories” on YouTube here:

Just as “Young with Ancient Stories” features a stirring solo vocal and acoustic guitar performance by the Brooklyn-based artist, the video also was a solo endeavour. “I hauled all of my A/V equipment an hour and a half outside of NYC and spent an afternoon setting up and shooting.”

Koenig chose an ancient filming location very fitting for the song and album’s spiritual themes, the Church of the Magdalene in Sleepy Hollow, New York, founded in 1894. “The church’s rustic vibe, given off by its vaulted ceiling with exposed beams and the russet mahogany wood surrounding the white marble and gold-adorned altar, made it the perfect setting for my songs, some of which reference antiquity,” recalls Koenig.

However, it’s not a visual representation of her own beliefs. “While the video is set in a (liberal) Catholic church and features Catholic imagery, I identify as spiritual agnostic and have no ties to the Catholic Church,” explains Koenig.

Themes of spirituality, infatuation, questioning and longing thread throughout Etemenanki, the follow up to Koenig’s 2019 debut album, Haircuts for Barbers. “Many songs on the album blur the lines between romantic obsession and a longing for a spiritual connection with the inconceivable,” says Koenig.

Koenig’s music has already garnered some great accolades from peers. Jazz guitar master Gene Bertoncini shares, "Kate shows great ambition and persistence in bringing her artistic voice to the people of New York City, both through her shows and the enthusiasm she puts into her performances. I have traveled across boroughs just to see her perform.” Mumford and Sons’ Winston Marshall wrote to Koenig, "You’re talented! Some artists I think you might like: Laura Marling, Joni Mitchell, Jeffrey Lewis, Vashti Bunyan, The Wowz. I hear a lineage from your music to theirs."

Pre-pandemic, Koenig performed for appreciative audiences at storied NYC venues such as Bowery Ballroom, Pete’s Candy Store, Pianos, Niagara, and Under St. Mark’s Theatre. Koenig will be back on many stages again as more live music returns post-pandemic.