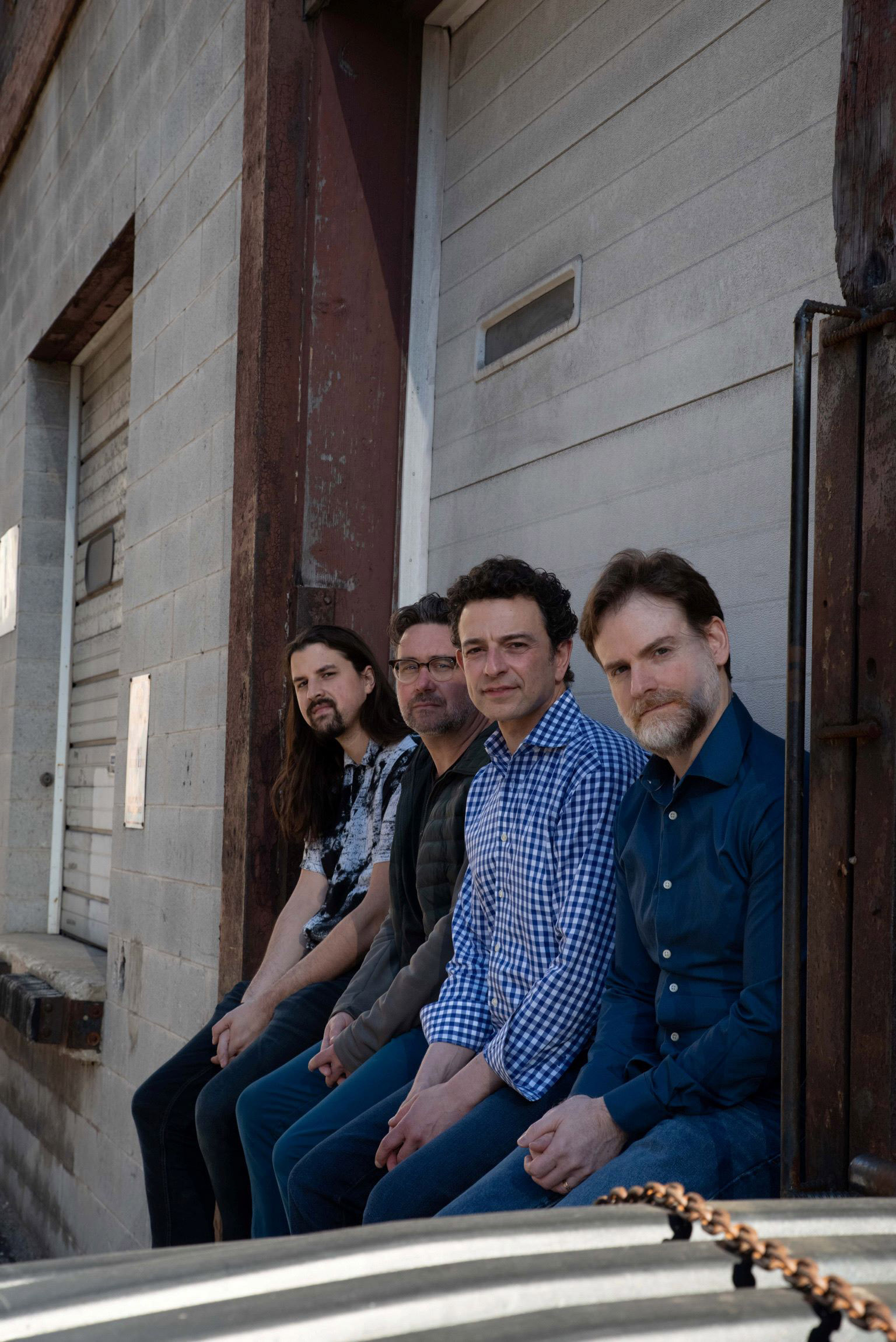 Indie rock band bluefront says it’s “High Time” to get things right in this, their new single and video.

The Windy City-based four-piece is fronted by long-time musician, turned-lawyer, turned-professional musician, Alan Zreczny. Since being a child, Zreczny has had an enduring love for music, saying, “I always thought of being a musician and writing songs as the most fulfilling modes of self-expression.”

It would be several years, (and one bad relationship break-up later) that would find Zreczny in a new-found chance of possibility to see a childhood dream come true. From penning poetry that would eventually wind itself into guitar licks and melodies, Zreczny test drove his songwriting skills into finely composed tunes he debuted at a variety of coffee houses and open mics. Soon, after, he would fill out the bluefront band with long-time collaborator Jason Steele on guitar (who would aid in dropping Zreczny’s debut album, The Arbor Sessions), Nick Kabat (drums), and Mark Burns (bass).

“I know everyone says this, but it’s true — I really love the band. My favorite part of the whole thing is bringing in a new song and watching what happens, how it changes and how it feels all based on what Jason, Nick and Mark do,” Zreczny says.

After a variety of gigs and showcases, including The House Cafe, Uncommon Ground, and more, the band set to follow up Zreczny’s debut album, releasing Aftershocks in 2019. Recorded at Electrical Audio by Scott Steinman, mixed at GardenView Sound Studio by Scott Steinman for Studiomedia Recording and mastered by Matthew Barnhart at Chicago Mastering Services, this is definitely one for the headphones, too.

Aftershocks would produce a series of fan favourites, including “High Time”. And this year, the group opted to have a go at the beloved track’s visual counterpart.

“When thinking about a video for ‘High Time’, we wanted to feature our great hometown of Chicago while expressing the sentiments of the underlying story,” Zreczny explains.

The video follows Zreczny through a winding cat and mouse chase with a gorgeous brunette through-out the city’s urban landscape. As he continues to pursue her and her coy, teasing smile, Zreczny lovingly chants, “it’s high time we get this right,” in his signature, warbling, intimate vox that defines bluefront as a whole. And as our protagonist scans the city streets in an effort to woo the damsel ahead of him, his final clue to finding her results in him meeting up with his bluefront bandmates for a roof-top jam session.

“The director, Aleksei Borovikov, and I came up with a frantic but determined ‘journey’ through the city in search of whatever the narrator in the song is looking for,” Zreczny reveals, adding, “whether it be someone or something and then, ultimately, contentment and peace of mind.”

It’s high time you take a view through the “High Time” video. The throw and catch twist at the end of the video, mashed with the ever-beautiful love letter to Chicago’s concrete jungle, will make you wonder what took you so long to visit the city – and the band.