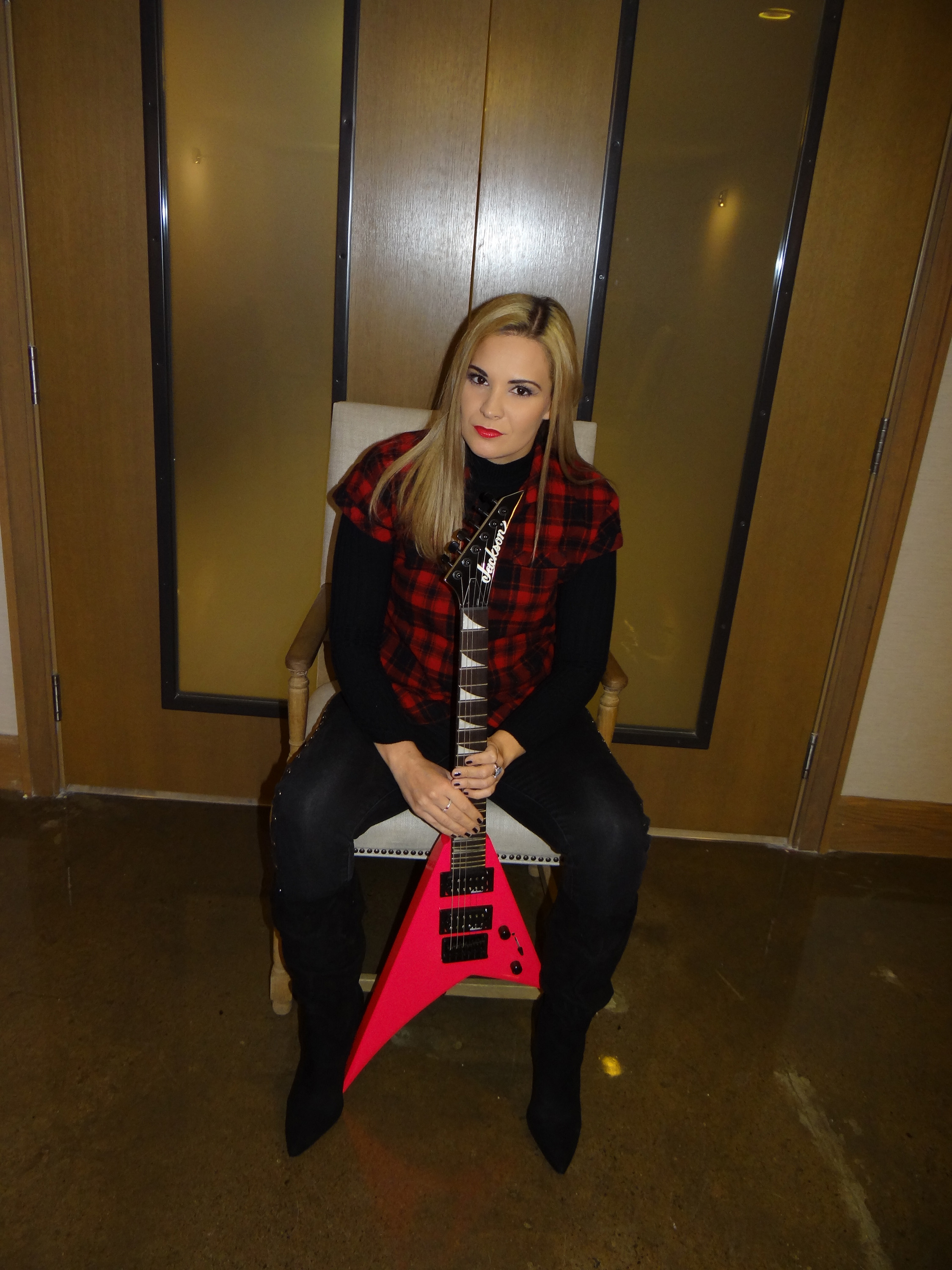 Prescilla Una soars off to a “Better Place Than Heaven” in this, the new double-single from her sophomore album, Enlighten.

Check out “Better Place Than Heaven” here on YouTube:

“Better Place Than Heaven” is an extremely emotional acoustic track, which is sporadically backed by a bone-chilling piano melody and a haunting vocal performance found within the chorus.

“’Better Place Than Heaven’ came to me in a dream,” Una says, in regards to the songwriting process. “I picked up my guitar immediately to find the chords, notes and proper strumming techniques, to catch the song before I lost it.”

The majority of the tune’s somber music video sees the Toronto-based artist laying on a tufted violet couch as she strums and sings her troubles away. The remixed music video (that’s right, there are two music videos), on the other hand? Accompanied by producer Sandro Peres’s upbeat, dance remix of the powerful song, Una can be seen in a sparkling silver dress as she dances around the same colourful environment as before — except this time, with a wide grin on her face as she sings along.

In regards to the vividly theatrical music videos, Una revealed they were recorded at a friend’s recording studio in Vaughan, ON. She was inspired to create the short after a trip to Brazil and said while it took only a day to shoot, it involved months of planning.

Though “Better Place Than Heaven” was released as her latest single, Una’s second album, Enlighten, actually dropped last December — six months after her debut record, Music Therapy (2014). The long-awaited pop album includes some of the up-and-coming star’s more-recent singles, like “Someone,” “Up” and “Home,” among a few others. Enlighten was released as three individual albums: the first includes all 11 of the original songs; the second consists of 10 unique remixes; and the final features every song, however, just the instrumental tracks.

On why she stepped away from the spotlight for so long, Una revealed that the financial strains of being a mother, work and other roadblocks in her life set her back more than she had initially hoped.

“I started writing more songs after the release of ‘Music Therapy,’” says the musician, who added that Enlighten was completed during the COVID-19 pandemic, “in hard, political times.

“There were also some songs I didn’t complete and that just didn’t fit the first album.”