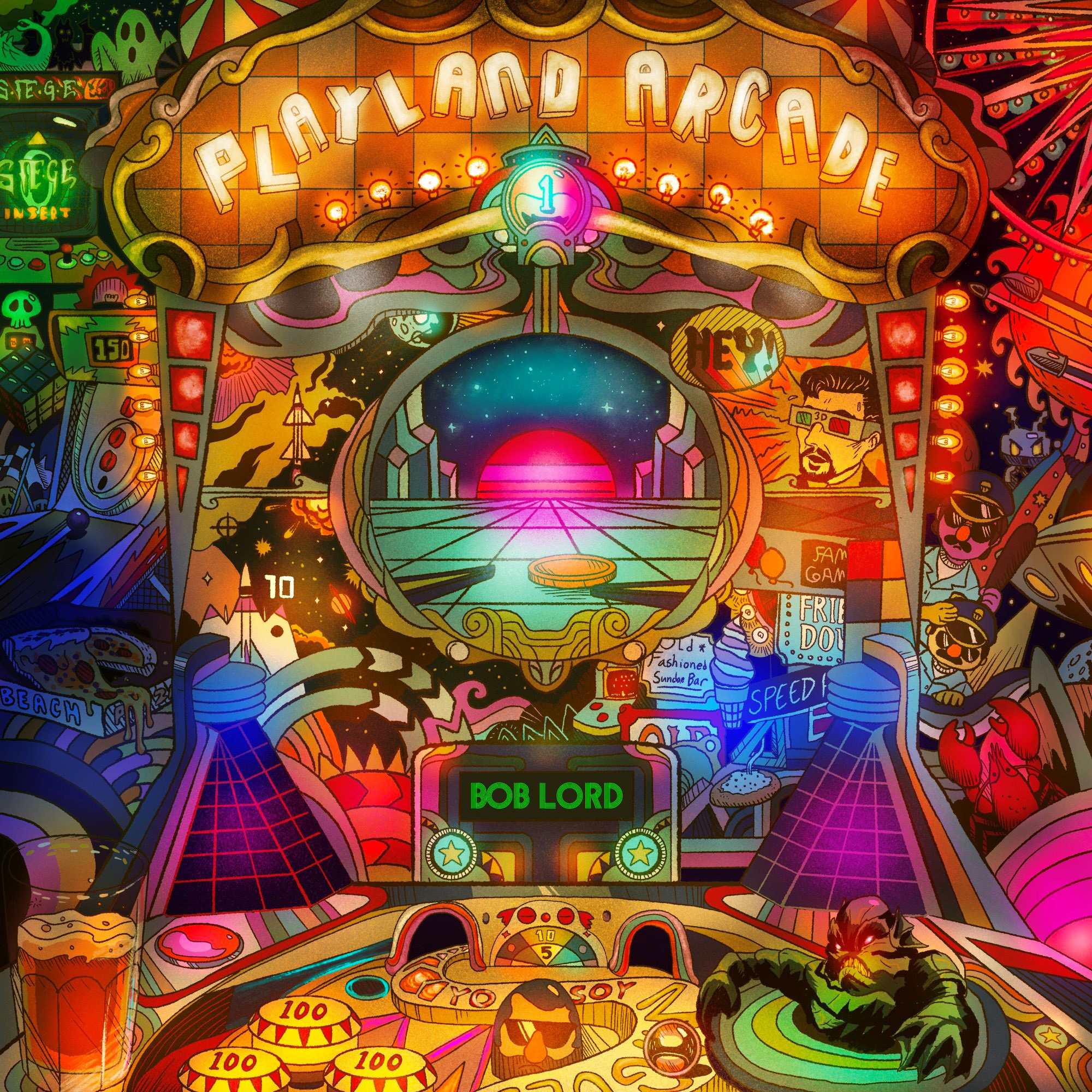 There are 19 tracks in Bob Lord's latest release, Playland Arcade, a cornucopia of musical offerings in a range of styles and moods. He grabs you by your ears and dancing shoes from the first track — “Fry Doe.” This is prog-rock for the 21st century, with a musical imagination that has vast parameters, blending a cool, funky groove and massive bass guitars with Latin-style percussion recorded in Havana, Cuba and rock syncopations.

The Portsmouth, New Hampshire-based musician and composer injects a sense of fun into a genre that's often been critiqued for taking itself too seriously. With tracks like “Hey” and “Yo Soy Miguel,” he'll put a smile on your face as you admire the musicianship.

The Moravian Philharmonic Orchestra adds dimensions of colour to “In For The Kill,” a sexy and dramatic track. “Night Sweats” will draw you into its quirky sensibility with a mysterious electronic flair, then throw an anthemic rock climax at you for a loop.

“Wyoming Vice” is an orchestral rock workout with a lilting melody played hauntingly on the flute... Which morphs into a Western theme suitable for a TV series. He tips the hat to both prog-rock pioneers ELP and Aaron Copland in “Fanfare For A Losing Team,” an orchestral romp reminiscent of soundtrack music from the KPM sports music library.

The mood turns ambient and upbeat in “Mighty Forces,” a scintillating electronic track that builds to a stunning crescendo, and it's almost impossible not to move to “Siege,” a mash-up of heavy, kinetic rhythms and bubbly, percolating 8-bit electronic sounds. The first video, for the track "Lobster Roll," is a colourful and bombastic ode to the golden era of both arcade games and big band jazz.

Along with Lord’s own spellbinding 8-string bass, the album features a roster of high octane musicianship, including drummer Jamie Perkins (from the Billboard chart-topping group The Pretty Reckless) and keyboardist Duncan Watt (composer for “League of Legends”), with cameos by Ed Jurdi (Band of Heathens, Trigger Hippy), and Andy Happel (Thanks To Gravity).

“I’m a composer and performer by design, and a producer and music executive by accident,” says Lord, “but at the core of it all is my constant urge to expand the definition of creativity, of being an artist, of being a producer, of being a musician.”

After a career that has racked nearly 1,000 recording and production credits, Playland Arcade is Bob Lord’s first solo album, and unleashes the creativity of a long, rich career in the music industry. Three albums which he Executive Produced have been nominated for GRAMMY Awards in the last two years alone, and another album he Executive Produced held down the #1 position on the Billboard Classical charts in 2017.

Bob has crossed paths with many of the music world’s luminaries and has played a key role in the industry. In his storied career, he co-produced the double album Method Music by Lawrence Ball with Pete Townshend of The Who and also produced the music for Wild Symphony, the hit children’s illustrated book and orchestral suite by Dan Brown, author of The Da Vinci Code.  In 2015, he was named one of Musical American’s “Key Influencers,” and with his band Dreadnaught, celebrating its 25th anniversary this year, he has shared the stage with artists such as John Entwistle (The Who), Tony Levin (Peter Gabriel), NRBQ, Eddie Jobson (Roxy Music, Jethro Tull), and many more.  Lord is the founder and CEO of PARMA Recordings, an international music production company specializing in classical, jazz, electronic, and world music.