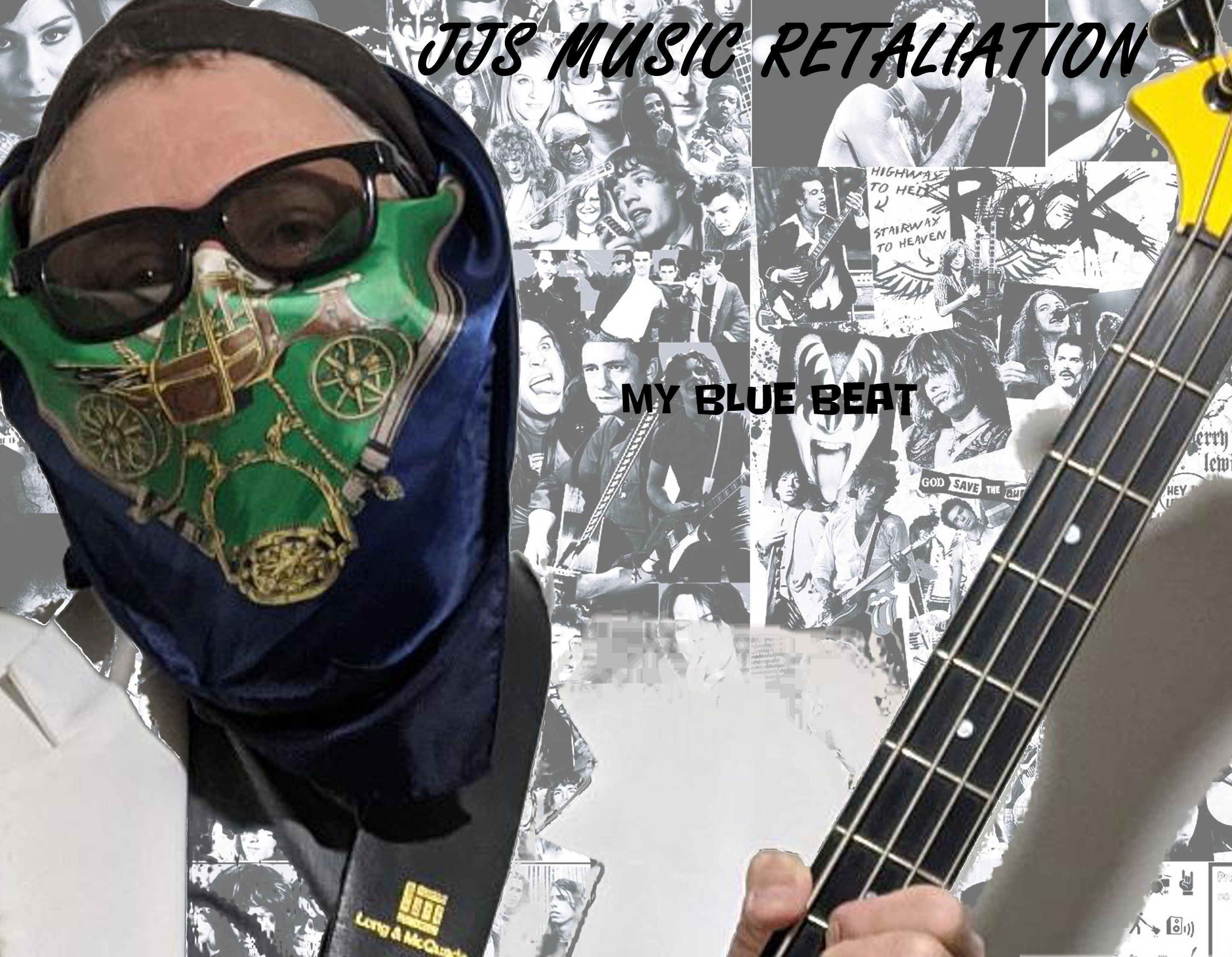 First and foremost, the self-titled single of this rollercoaster of a record, sticks out as one of the most experimental pieces Greenwood has ever written. It hones an intensely electronic sound in comparison to the other nine originals. The droning instrumentals and wacky lyrical dynamics leaves the listener in a bit of a dark and mysterious atmosphere, but because it works so well and feels completely different from anything else you have probably ever heard, it really works.

Take this concept and throw in soaring synth sounds, crushing rhythms, endlessly soulful and head-crushing solos, and some 1970’s inspired funk bass grooves sprinkled on top and you’ve got what is Greenwood’s “retaliation.” Musical chaos, in the finest form possible.

Further to his credit, it’s always been this eclectic songwriter’s intent to bend, mix and mash genres like a mad scientist to show that there are still uncovered sounds out there. And what he’s done with this project, is prove just that, all while shaking the traditions of generic rock music to the core.

Seriously, if you’re struggling to find something new to listen to because you feel like you’ve heard all the sounds modern rock has to offer, My Blue Beat is the album for you. Yes, there are clear electronic, rock and grunge inspirations — heck, there are even a few infectious guitar hooks that could come right from one of the great American alt-rock bands prominent at the turn of the millennium (think The Rapture, or Interpol) — but there’s nothing unoriginal here. Greenwood, or “JJ,” really succeeded in his goal of making a project completely original and innovative. He took the general conventions of music and simply said, “no,” let’s try this instead. And boom! That’s how an all-new genre starts off.

Gael MacGregor, a Professional Music Supervisor for major blockbuster films, gave two thumbs up to My Blue Beat, accrediting the consistently and instantaneous catchy hooks for its quality. He added that while typically a “mix of genres and musical eras shouldn't work, but (in this case), they do.” In conclusion, MacGregor joked that Greenwood’s work could be what would happen if “David Bowie, Thomas Dolby, and Carlos Santana met up for a night at a Nora En Pure party.”

Thanks to his intrepid, yet trademark, sound that drips and oozes from each and every song he pens, Greenwood has never struggled to make a name for himself among bands in Ontario’s indie music circuit, but with the COVID-19 pandemic winding down and this brand-new, powerful project, it’s safe to say he’s about to get a whole lot bigger.

For those who may not know, Greenwood earned the “JJ” nickname from fellow musician and producer Scott Hill, of Astranova Records. He labelled him “JJ Hendrix,” after hearing his advanced guitar skills.

As well as the self-titled single, the long-awaited comeback album from JJ’s Music Retaliation also features nine other extraordinary pieces, including: “We Have to Make it Better Every Day,” “You Can’t Treat Me Like That Anymore” and “Slim Beat.”