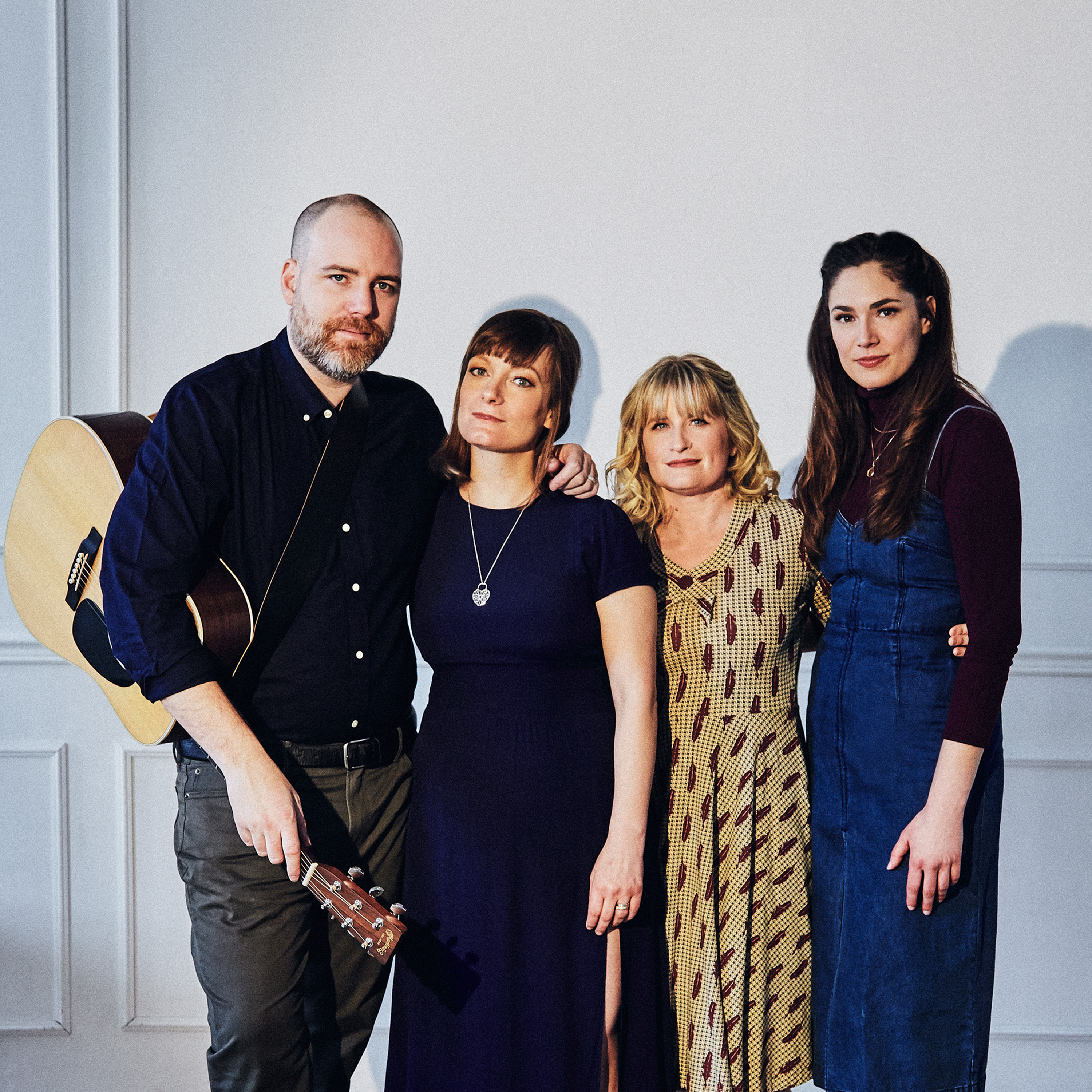 Toronto-based folk quartet Samways acknowledge the work of a late, great Canadian poet in this, their new single, “Untrodden Ways” – check out the YouTube here:

Landing ahead of their forthcoming debut album, the song is backed by a steady bass groove and the sounds of lead songwriter, guitarist and composer Nathan Hiltz’s acoustic, and driven by the beautiful and smile-inducing vocal harmonies of co-lead singers Shannon Butcher, Melissa Lauren, and Jessica Lalonde. On the creation of the “Untrodden Ways,” Nathan said: “I tried to channel Joni (Mitchell)’s rambunctious and expressive strumming,” adding that it highlights a “polyrhythmic feeling … which might fit in with Paul Brady — somewhere between a jig and a 1960s songwriter.”

In the same format of their small, yet steadily-growing back-catalogue — and their soon-to-be-released debut album — Samways’ music incorporates lyrics drawn from 19th century Canadian poetry and beyond. It’s composed that way to serve as an homage to the suffering and triumphs of pre-confederation Canada.

The music for “Untrodden Ways,” for example, was written by Nathanm, but the track’s lyrics are based off of the poem of the same name, which was written in 1913 by the late and renowned Kingston-based author and poet, Agnes Maule Machar. As well as Agnes, Samways’ music has highlighted the works of famed Canadian poets like Bliss Carmen, Susannah Moodie, and E.J. Pratt. The band themselves describe their sonic approach as a marriage of old prose with new musical idioms. Though the up-and-coming four-piece is not able to tour during the ongoing COVID-19 pandemic, they’ve performed a number of gigs and festivals over the last few years, accompanied by session musicians Neil Macintosh (drums), Chris Banks (bass) and violinist Mark Fewer.

To help support their upcoming 2021 album, Samways hopes to have the opportunity to hit the road again to showcase the popular live shows which have had crowds all across Ontario irresistibly toe-tapping along to the percussive and grooving nature of their diverse and colourful folk music. For now, however, they will continue to perform to audiences digitally, across the web. While Samways is a fairly “young” band and only just breaking out onto the music scene, they’re not holding back one bit. Before even releasing their debut single, or any singles for that matter, they’ve already garnered a large mass of fans and have earned themselves a recording grant from the Toronto Arts Council.