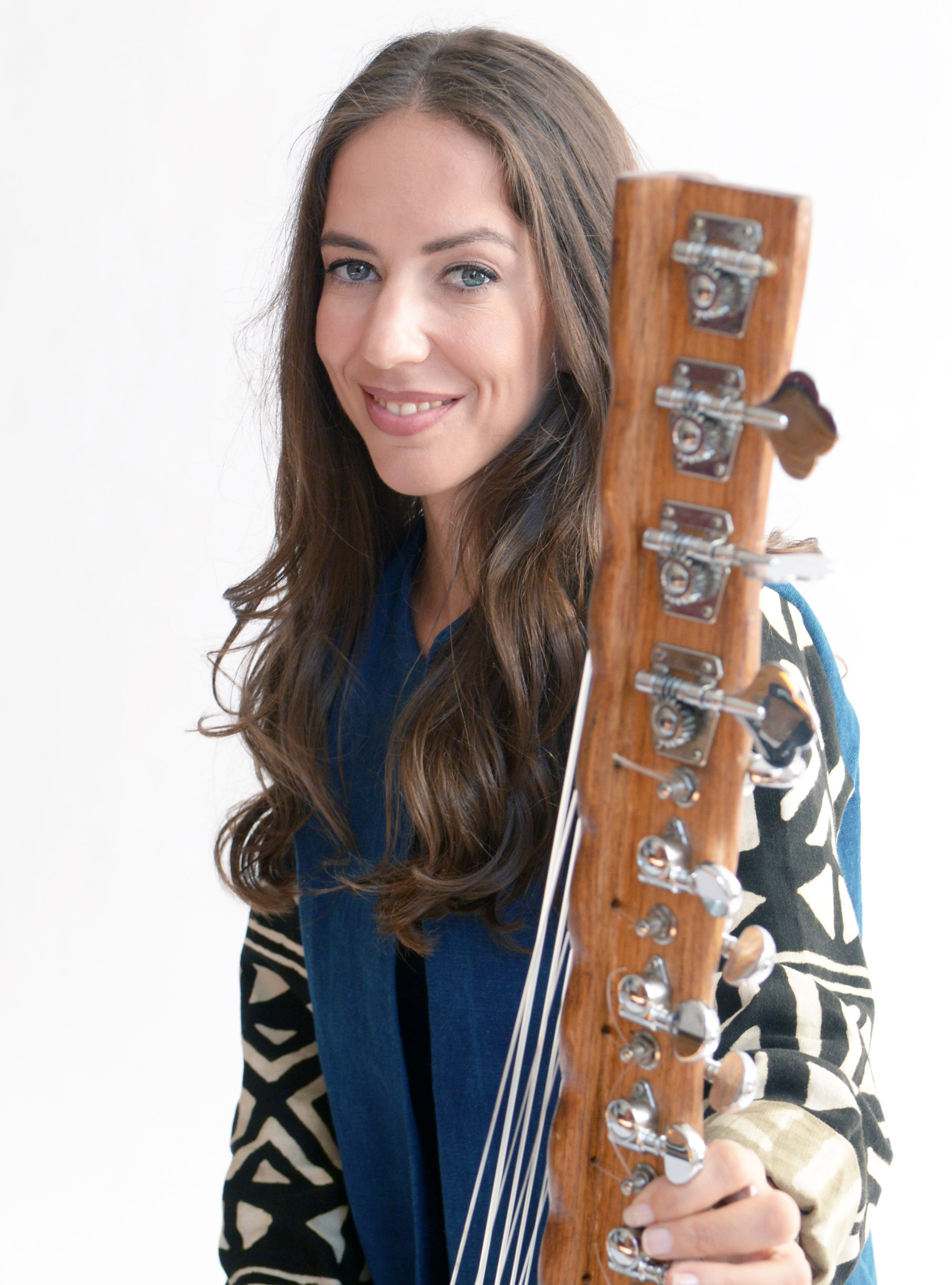 Montreal-based Lukacs is a kora player, singer and composer, born in Budapest, Hungary, and raised in Canada. She grew up studying classical violin from the age of five to her University years. On a trip to Burkina Faso in her early twenties, she discovered the kora, a 21-stringed African instrument. It changed her life: She began lessons, and travelled to Paris for a master class with kora legend Toumani Diabaté. When he invited her to study with him in Bamako, Mali, she packed her bags and never looked back, spending six years fully immersed in studying the instrument, as well as the cultural, artistic, and linguistic traditions of Mali. Onstage, she sings in English, French, Bambara and Hungarian.

Because the kora is primarily played by men born to griot families, it's a real acknowledgement of her skills that Lukacs is one of the few women in the world recognized as a kora player. She's collaborated with some of the best-known Malian musicians, including Habib Koité, who's also featured on her forthcoming album.

Accomplished kora player and singer-songwriter Sophie Lukacs releases “Too Many Times,” the second single from her upcoming debut album Falling set for release in 2022. The single will be out November 26th on all major platforms. She’s also recently been chosen to perform a live showcase at the Folk Alliance International conference in Kansas City, Missouri in 2022.

The kora and the rhythm of "Too Many Times" flow like the water of a gentle but entrancingly insistent stream, while Lukacs' lush, plangent vocals tell the story of a grand, true love beset by unwanted complication.

"This is a song about the challenges of long-distance love, but also about the inequalities of mobility – who has it, who gets to decide who has it – and how this plays into some love stories," says Lukacs. "In my own, this inequality has rendered us unable to make important life decisions as we're left in limbo, waiting for someone else to give us permission to be together, and move freely as a family.”

This is part of a much wider issue – unjust racial immigration policies – that affects people the world over. While she’s singing about her own story, it's relevant for so many who've been separated, or are stuck waiting for years to be re-united with loved ones due to these policies.

Sophie is the recipient of several grants (FACTOR, CCA, CALQ, and CAM) and the Stingray Rising Star Award (2020). She will be a performer at the upcoming 2021 Mundial Montreal showcase, and at the Folk Alliance International Conference in Kansas City, Missouri. Her debut album Falling will be released in March of 2022.