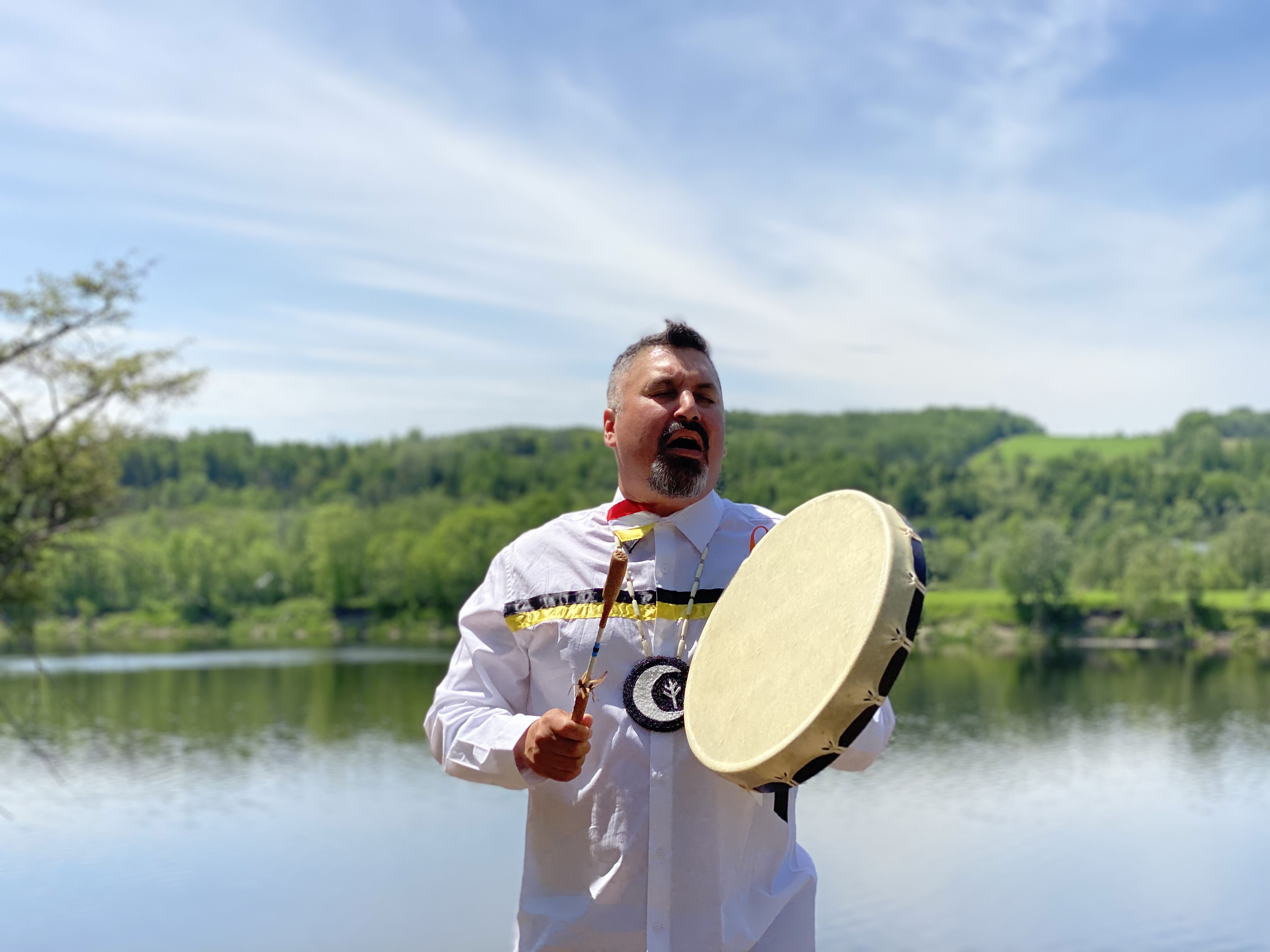 Feeling the presence of a lost loved one and the inexpressible joy of reminiscing good times is the subject of award-winning Indigenous singer/songwriter Mike Bern’s latest heartwarming single, “Shrine of Shirl”:

Drawing on his own experience with loss, Mike Bern takes listeners on an emotional journey using his signature sonic palette of folk-rock harmonies with a sprinkle of southern gospel. “Shrine of Shirl” is a testament to Bern’s ability to fuse his distinct musical style while harnessing the influence of artists such as Ben Schneider and Frankie Miller.

While “Shrine of Shirl” is based on a personal experience and inspired by his late uncle’s ashes which hang in his truck by the rearview mirror, the song is about all the souls that are no longer here. “He always wanted to listen to music while he was here,” Bern shares. “Now, when his favourite song comes on, I know he’s with me.”

The musical composition of “Shrine of Shirl” elevates the story being told through its charming instrumentation and touching narrative. The song's message is beautifully told through Bern’s perspective of sorrow and seeing the world's magnificence through the eyes of our lost loved ones.

“I know you’re driving next to me
The feeling puts me at ease
I start swerving to the right
Someone grabs the wheel
I know you’re here with me.”

Hailing from Tobique First Nation, NB-based Indigenous singer/songwriter Mike Bern has been carving his own path in music after departing as the singer of award-winning bands like Kickin Krotch and District Avenue.

Bern’s artistry has also been showcased at the 2018 Olympic Games, along with multiple Native American Music Awards nominations. During his stint as a singer before going solo, Bern also had the charting single “Mother First,” which rose on the Indigenous Music Countdown list. He has also played more prominent stages, opening up for bands like Seaway, The Trews, One Bad Son, and The Motorleague.