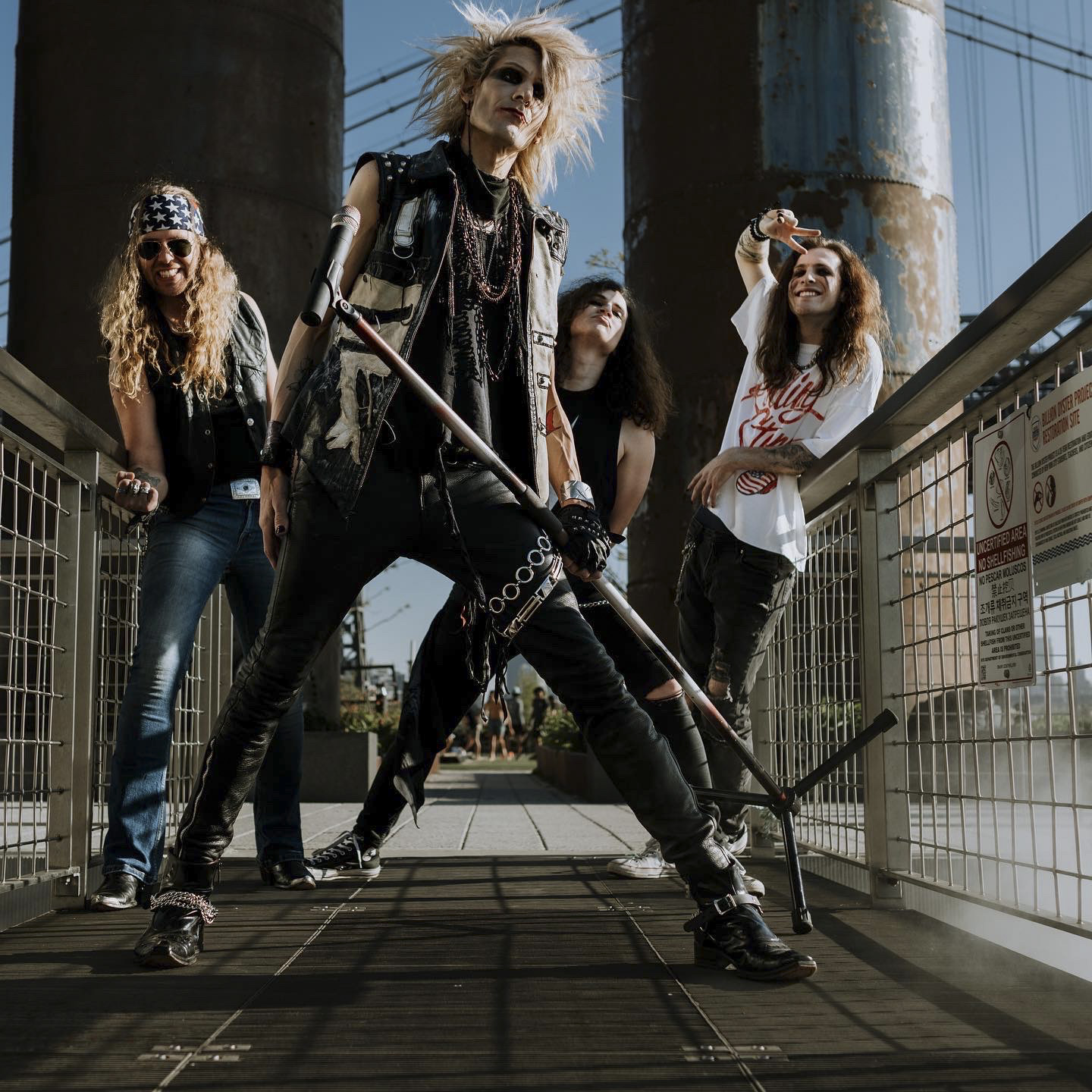 Capturing the spirit of the great ballads of the 90’s, “Say Goodbye” is the brand-new single from award-winning rockers, WILDSTREET — available this week with tour dates – listed below.

Upon a backdrop of eerie strings and cranked-up hard rock guitars, the song clues us in on the end of a very sick and twisted relationship.

The fourth single WILDSTREET have released via Golden Robot Records, the song was co-written and produced by Todd Long (Ghosts Of Sunset), mixed by Jon Wyman (The Pretty Reckless), and mastered by Howie Weinberg.

WILDSTREET is a band that began in 2006 and released their self-titled debut album on Retrospect Records in 2009.

The band have also won the Best Buy/Ernie Ball Battle of the Bands for Rockstar Energy’s Uproar Festival and opened for Avenged Sevenfold, Sevendust, and Three Days Grace in Camden, NJ.

In 2011, the band released Wildstreet II..Faster..Louder! to widespread critical acclaim, making an appearance on The Jimmy Fallon show, and licensing songs to TV shows on E!, MTV, VH1, Oxygen, TBS, and a THQ Video game. Later that year, the band released the official music video for “Poison Kiss” which included a cameo by Don Jameson of The Metal Show.

WILDSTREET now had the attention of rock fans worldwide and, in 2012, released the single “Easy Does It” and its official music video; it went viral on YouTube, adding to their 5+ Million views and 8,000+ subscribers on that platform alone.

After taking a two-and-a-half year break, and dodging rumors of a band breakup, WILDSTREET exploded back onto the NYC scene in 2016 — headlining Gramercy Theatre with a new line-up.

In early 2017, the band rocked NYC with Faster Pussycat and Biters, and headed to Rocklahoma for the sixth time before beginning work on their single, “Raise Hell.” Released in December 2017, the track ushered in a new period for the band; they headlined Irving Plaza for the single’s release party and were handpicked by Dorothy to open for her New York City tour date at The Bowery Ballroom.

Following the single’s video release, WILDSTREET spent the remainder of 2018 in the studio recording Wildstreet III — which was released in the summer of 2021.

They’ve continued to perform regional tour dates/festival dates, including opening for Sebastian Bach & Escape The Fate, selling out The Knitting Factory Brooklyn, and heading out on their first tour in Europe — playing 10 shows in Belgium, The Netherlands, and Germany, including Sleaze Fest 2019 in Bochum, Germany.

WILDSTREET’s massive album ‘III’ has racked up over 1.8+ million streams on Spotify since its release in June 2021. After spending most of the year on tour in the US (100+ shows including Rockfest), the band also toured Europe, bringing their music to fans in Switzerland and France for the first time ever. They concluded the year by releasing their cover of “Mrs. Sleazy,” originally recorded by The 69 Eyes back in the 90s.

WILDSTREET includes Eric Jayk, Jimmie Marlowe, Don Berger, and Dan Whitelock, and have their third studio album in the works.