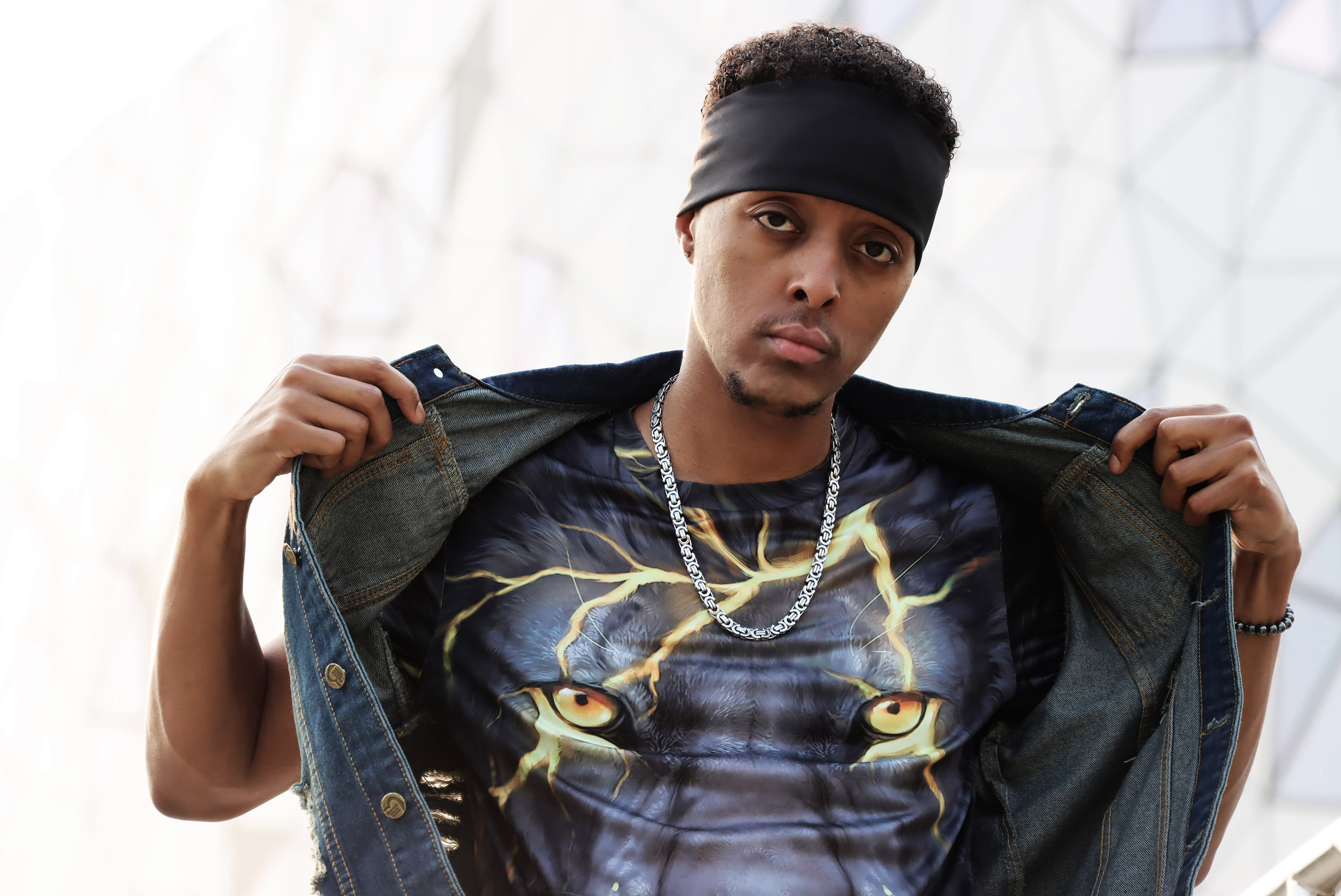 Hip hop artist Rawmny Wildcat channels energy and heart into an anthemic, hard-hitting production around the tropes and techniques that reinforced early 2000’s rap with his newest single, “Fearless (feat. CHXXX)” – check it out on YouTube here:

Harkening back to the radio bangers that nothing short of defined the early aughts, “Fearless” is an amalgamation of Ludacris and Lil Wayne’s production styles — with a splash of Rick Ross for flavor.

Couple that with a feature from Rawmny (pronounced Raw Money) Wildcat’s close collaborator and friend, CHXXX, and you’ve got a recipe for success.

Finding himself quarantined during lockdown, as much of the world did, it was after being exposed to Covid and not sure what to do, or how to kill two weeks in solitary, that “Fearless” was written and recorded.

“While I was home, I was talking with CHXXX, who is a frequent collaborator and friend,” he recalls. “We got amped over a beat I was playing that was sent to me by my producer-friend from Chicago, Clark Make Hits. Chxxx really liked the hook, and he wrote his verse on the spot during that call.”

Turning a somber time in quarantine into a productive and empowering moment, the two got to work recording their verses. With seemingly all the time in the world, Rawmny Wildcat collected the takes and sent them over to producer and hitmaker, Clark Make Hits.

“I was glad I had my mic with me.  I was able to record the song and make good use of the time. We both recorded our parts and sent the files over for mixing soon after.”

The spirit of triumph is deeply rooted in the production process of “Fearless”; the story of overcoming tribulation and creating a full-scale production during the heart of the quarantine isn’t lost on listeners looking for deeper meaning in the song.

In fact, it speaks to the character traits of both Rawmny and CHXXX to get something like this done without the assurances of meeting your collaborators and feeling their cadence out when creating a track together.

The freshly cut single is set to be featured on the Toronto-based artist’s forthcoming album, WILDCAT — a release that will be "composed of songs that are personal and relatable, as I delve deep into my journey as a child born and raised in Ethiopia and moved to Canada as a young teen,” Rawmny reveals. “My life has been full of adventure and many challenges I had to overcome to get where I am today.”

Rawmny Wildcat is a Toronto-based recording artist who, after moving from Ethiopia to Montreal, began recording music while pursuing an education in art & culture and accounting.

Working with a handful of bands and collaborators to hone his craft, Rawmny eventually teamed up with Toronto-based indie label, Motive Music Canada. The team worked together to release Rawmny’s 2020 album, Once Upon A Life.