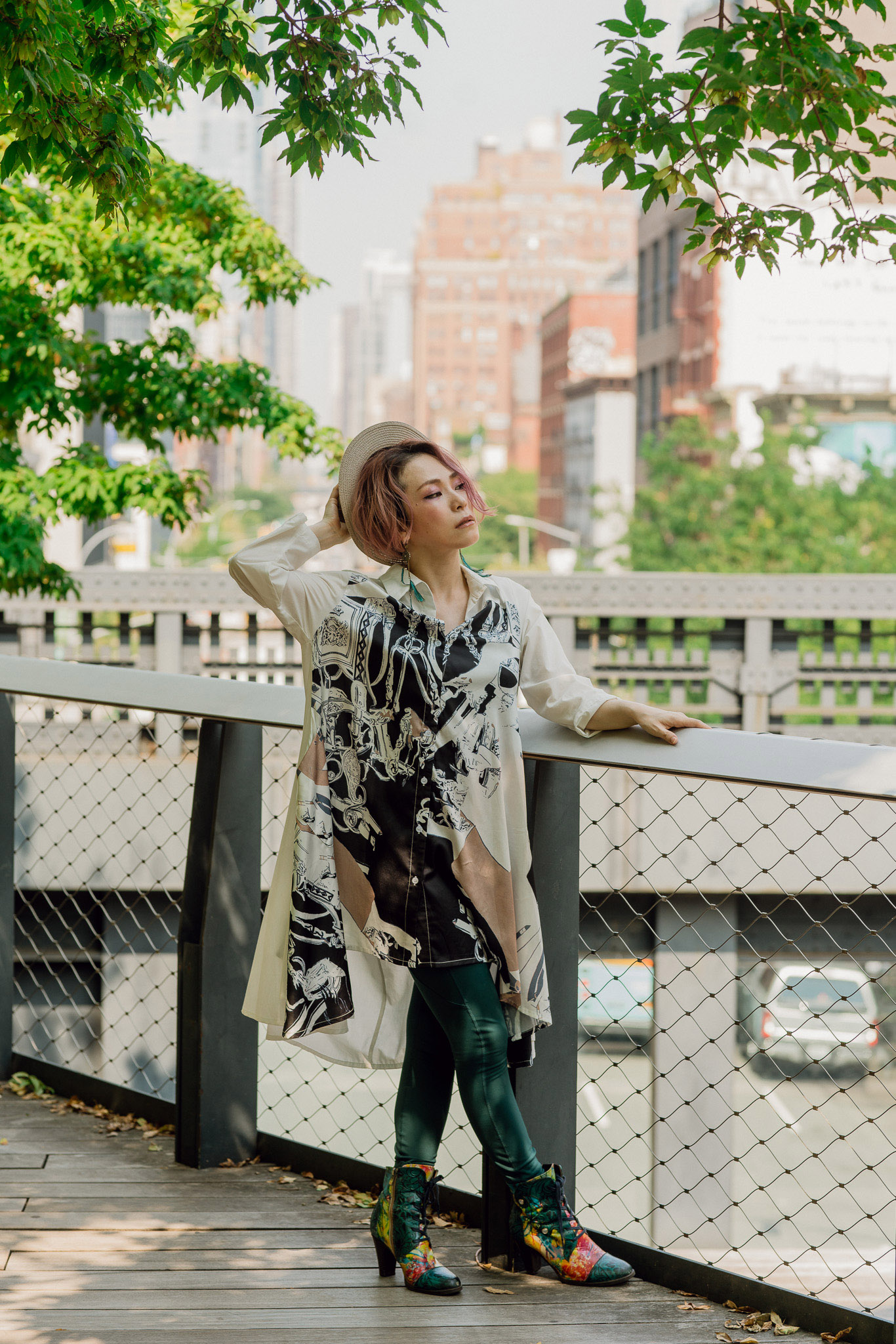 In a soaring ode to her past, present, and future self, along with any others who may be grappling similar sentiments, J-Pop darling Shihori releases a jubilant and spirited new video in “Your Song”.

The latest to land from her first full-length U.S. album, Mutation, “Your Song” sees the currently Los Angeles-based artist respond to previously held concerns around self-harm.

That said, morose notions of despondency are nowhere to be found in “Your Song;” in fact, quite the opposite... From its passionate percussion and expressive vocal runs — not to mention hushed piano melodies and equally enchanting harmonies — Shihori’s fusion of pop makes a grand splash through headphones and onto the screen where her visuals bring the experience into a mesmerizing 180.

With the video directed by Doeng Hun Yi, the song’s earliest footing arrived in 2015 when Shihori collaborated with Kohei Tanaka — a composer of worldwide popular Anime, ONE PIECE — for the first time. “We made this first collab song, ‘Mugen Hoteishiki (Formula Infinity),’ for preventing children from committing suicide,” she recalls. “There was an increase in cases by kids at the time in Japan, and he advised me to write an ‘answer song’ for it.

“The reason why I was so passionate about this topic was because I myself was also one of them who used to wonder if I should’ve killed myself as revenge (to others) for school bullying,” Shihori confides. “I once wrote a letter when I was wondering about suicide, and so this song and video are a reply to that letter.”

“Your Song” is musical in nature, further punctuated by its cozy yet lively video; between orchestral makeup, leading piano, housing a conglomerate of instrumentation, and uplifting choral harmonies, Shihori transforms you into believing this song might actually be just for you after all.

It’s a testament to the multi-talented singer/songwriter’s inclusive and welcoming life’s work, in general; while making her mark on the fusion of art and music, Shihori has conquered mountains in her career, overcoming challenges and obstacles many of us would be weakened by. These became mile markers on her path to becoming the sensation we know and love today, and “Under The Skin” focuses as much an electronic, keys-based bop, as it does a story to tell about going deeper to discover who you are.

It would be at age seven that a seemingly typical school trip would become the key to unlocking the talent Shihori had been hiding inside. Fully deaf in one ear, and diagnosed with Asperger’s Syndrome (a neurodevelopmental disorder that causes the affected person difficulty in social interaction, and much more), Shihori was an unintended loner. Trapped by silence, and an inability to involve herself with the world around her, it was when she was invited to participate in karaoke that something inside of her broke free. The others fell back to listen to the child with the songbird voice. And as Shihori recalls, “I sensed the world for the first time.”

From those early days, Shihori honed her skills as a singer, songwriter, visionary, and artist; her lengthy list of accomplishments include charting with her single, “Never End Wonderland,” performing lead vocals on composer Mason Lieberman’s charity single, “The Real Folk Blues,” (which reached #6 on the Billboard World Digital Chart), as well as composing and performing the ‘Battle Queens’ theme song for the video game League Of Legends (which is closing in on 1 million Spotify streams), and more.

Most recently, she released 2021’s 15-track LP, Mutation, producing an assortment of arrangements that showcase her innate talent for both storytelling, and producing a package of art-pop pieces that equally make you move as they do bring you a message.

“Mutation is very diverse, and the songs showcase how I’ve mutated since I moved to the US in 2018,” she explains. From “Fire” to “Under The Skin”, to her latest release, “Your Song,” Shihori’s big production and delicate melodies, swirled in a kaleidoscope of her exciting vox, both reflect and uplift her continuous endeavour in becoming one with the society she feels intrinsically around her; writing the songs and the stories of the spirits of the fans who soaked up her message of acceptance, even in loneliness.

"You are the person who you'll be with the rest of your life,” she shares. “That's your most important relationship, so you are the one you should care for the most; your true life partner.”