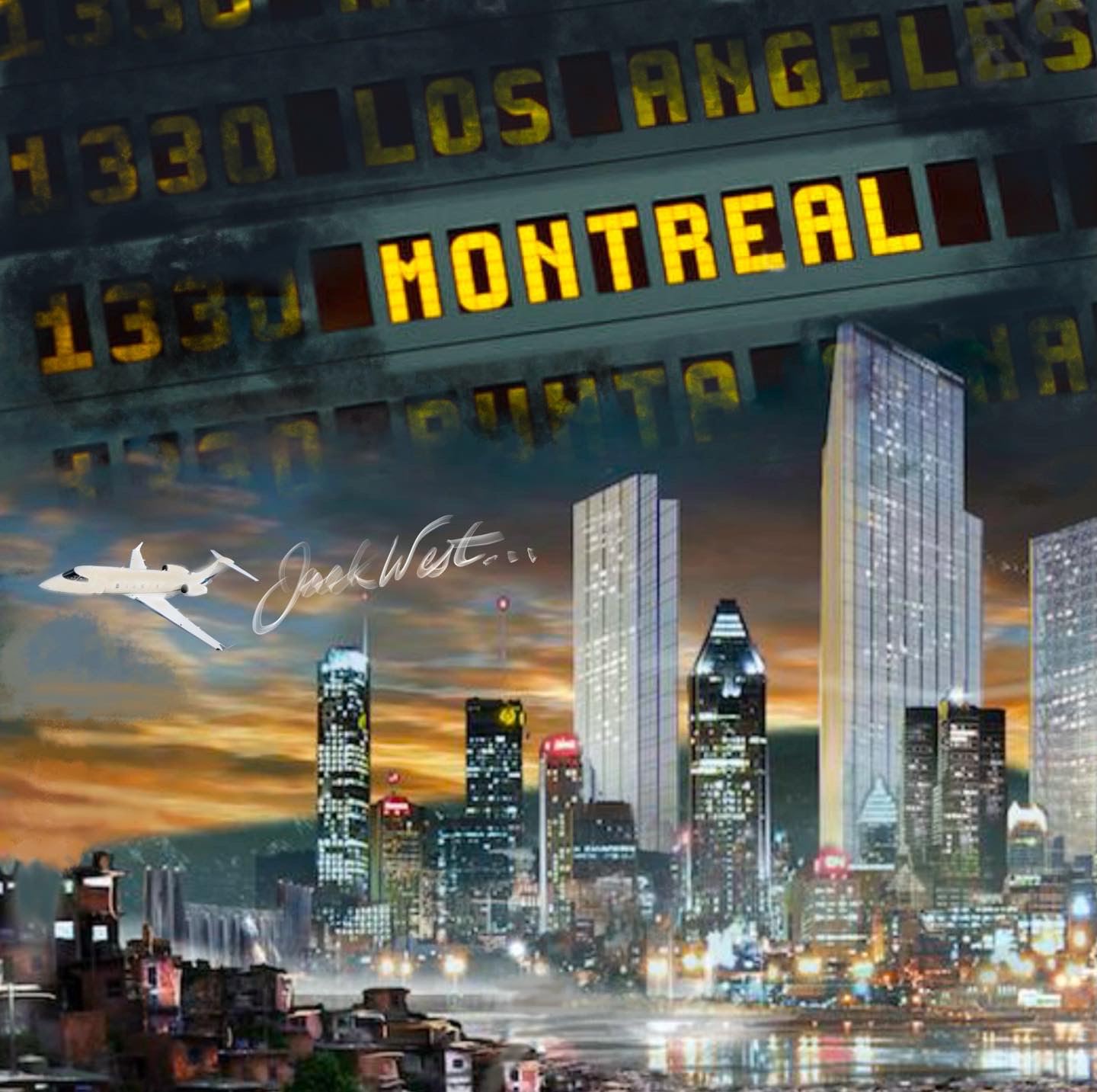 Nothing warms the heart and moves the feet more than well-done electronic pop music, and Jack West is no stranger to that. Available now, this acute awareness is what makes his newest single “Montreal” a welcome earworm.

Best described as Tame Impala meets Gary Numan, “Montreal” is the first track and single from the Rochester, NY-based artist’s forthcoming album, Numb. A classic love story about relationships hitting the fan as distance takes its toll on our lovers, the song pulls inspiration from West’s bicoastal experience at the time years ago living in San Francisco while his hometown love lived in Montreal — and the nuances of love lost in the miles between them.

The turmoil of COVID-19 not making things any easier, especially with the travel restrictions between their respective countries, “Montreal” is the touchy in-between of cutting your losses or repairing a heart you broke. While the upbeat modern take on 80’s Brit synthpop is enough to give this song its own happy ending, the lyrics aren’t lost on West’s listeners; with an almost apologetic timbre, the prolific live wire of an artist offers condolences to his lost love while seemingly looking for forgiveness.

“That’s just personally the way I’ve been feeling the last two years,” West admits, “and I know a lot of other people feel the same way…

“We’ve all lost something during this time — either loved ones, jobs, or relationships.”

Where there was loss, West did his best to harness what he could within any silver lining of gain; while the pandemic swept the world in multiple waves, West spent his time writing and recording Numb, an up-and-coming nine-track album that includes “Montreal” as well as a handful more songs.

“The album is like a book, with each song a different chapter,” West reveals. “I like to write about real things; I’ll sit in my room for hours, record all night, and go to school with no sleep the next day.”

It’s West’s prowess, combined with the emotional rollercoaster that is adolescent life during COVID-19, that’s led to the creation of his evocative brand of genre-bending rock meets electronic pop music with a well-earned reputation behind it.

As a 17-year-old singer/songwriter facing his junior year in high school, West has been on more tours and recorded more studio albums than most breakthrough musicians see in their first 10 years at it.

Best summed up as a teenage rock ‘n’ roll veteran, and tucking a nationwide tour under his belt, he performed with the distinguished Eddie Vedder at the age of 12, and has already recorded two albums, an EP, and a series of singles – including “Missing Out,” which featured a solo by legendary Pearl Jam guitarist, Mike McCready.

This young legend’s resume doesn’t stop there; Jack West has performed at The BottleRock Festival in Napa, CA, Danny Clinch’s Transparent Gallery in Ashbury Park, NJ, at the 50th Woodstock Celebration in Bethel, NY, and more.

Numb is set for release this year.  “Montreal” is available now.